Now You Don't Even Have To Go Broke Or Quit Your Job When You're Sick, Thanks Obama 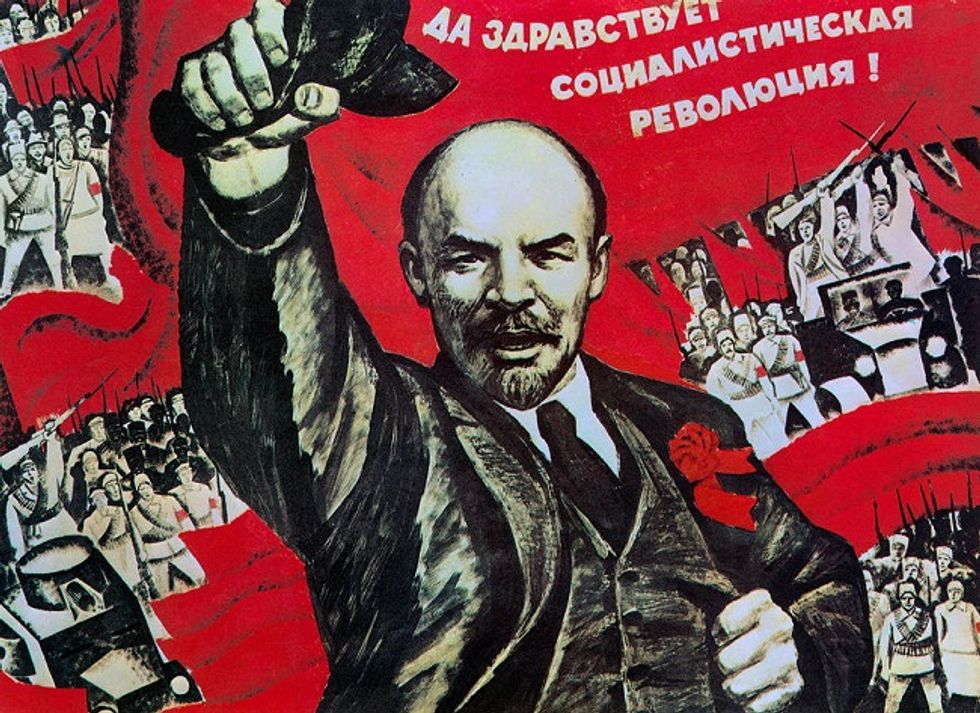 Here's some good news: For the first time in years, fewer Americans are going broke due to medical bills, and it's mostly because of Obamacare. On top of that, President Obama is pushing a proposal to require seven paid days of sick leave for all workers. It's like we're living in socialist Sweden already, isn't it?

While we haven't quite managed to achieve perfect European socialism yet, the Commonwealth Fund's survey on healthcare and financial distress is encouraging, says the New York Times:

In each survey through 2012, a higher percentage of Americans said they struggled to pay their medical bills, were paying off medical debt or had been contacted by a collection agency. The most recent installment of the survey, the first since the health law’s major provisions kicked in, shows a reversal in that trend.

The survey also found that fewer people were avoiding doctors’ visits because of concerns about cost.

The percentage of people who said they were having trouble paying their medical bills declined from 41 percent in 2012 to 35 percent in 2014, which is good news if you're not in that one-third of people. We keep remembering that great moment from 2009 when Al Franken asked a Hudson Institute flack how many Europeans went bankrupt due to healthcare costs:

So, no, we're not there yet. But the trend is encouraging. Fewer people are avoiding getting care because they can't afford it, and that's something worth making noise about. What we want to see are some stats on the number of people going to emergency rooms for basic treatment because they can't see a doctor any other way. Even though Mitt Romney thought that was a pretty sweet deal, it's a huge driver of healthcare costs, and we're willing to bet the use of ERs for stuff that could be taken care of -- or prevented -- with an office visit will be going down, seeing as how more people can afford those office visits. Yes, yes, at least until all the doctors go Galt and stop coming to the office at all.

Elsewhere on the Quality O' Life continuum, Barry Bamz is rolling out his proposal to provide more paid sick leave for American workers. He's calling on Congress to pass the Healthy Families Act, cosponsored by Sen. Patty Murray and Rep. Rosa DeLauro, which would allow people to earn up to seven days a year of paid sick leave. In addition, since he knows that Congress is going to be too busy repealing Obamacare to do anything else, no matter how much he frames sick leave as a nonpartisan issue, he's also going to push for states to enact similar policies, sort of like what happened with increasing the minimum wage. If Congress won't get its act together -- and it probably won't, because we're talking about Congress, after all -- at least states can.

And of course there's an executive order in there for wingnuts to whine about. Obama will also "sign a presidential memorandum granting federal employees six weeks paid leave after the birth of a child and six additional weeks of unpaid administrative leave," as well as asking states to adopt similar policies.

But do we really need this burden on American jerb creators? After all, the current system, where 43 million private sector workers have zero days of paid sick leave, is working so very well, since sick people have an incentive to come to work and infect everybody else. It's a kind of sharing! Then again, maybe having paid sick leave wouldn't destroy the economy altogether since workers would be, like, happier at their jobs? Or so says Obama aide Betsey Stevenson, who told a press briefing that

several studies suggest paid sick and parental leave had improved workplaces across the country without harming these firms' economic output. Connecticut adopted a paid leave policy two years ago; two-thirds of employers recently reported they had experienced little or no negative effects, while three-quarters of them expressed support for the policy.

Oh, there's also the slightly embarrassing fact that we're just not keeping up with the smart kids on this issue, as presidential adviser Valerie Jarrett noted.

"The United States remains the only developed country in the world," she said, "that does not offer paid maternity leave." Yeah, but that's part of our great exceptionalism, isn't it?