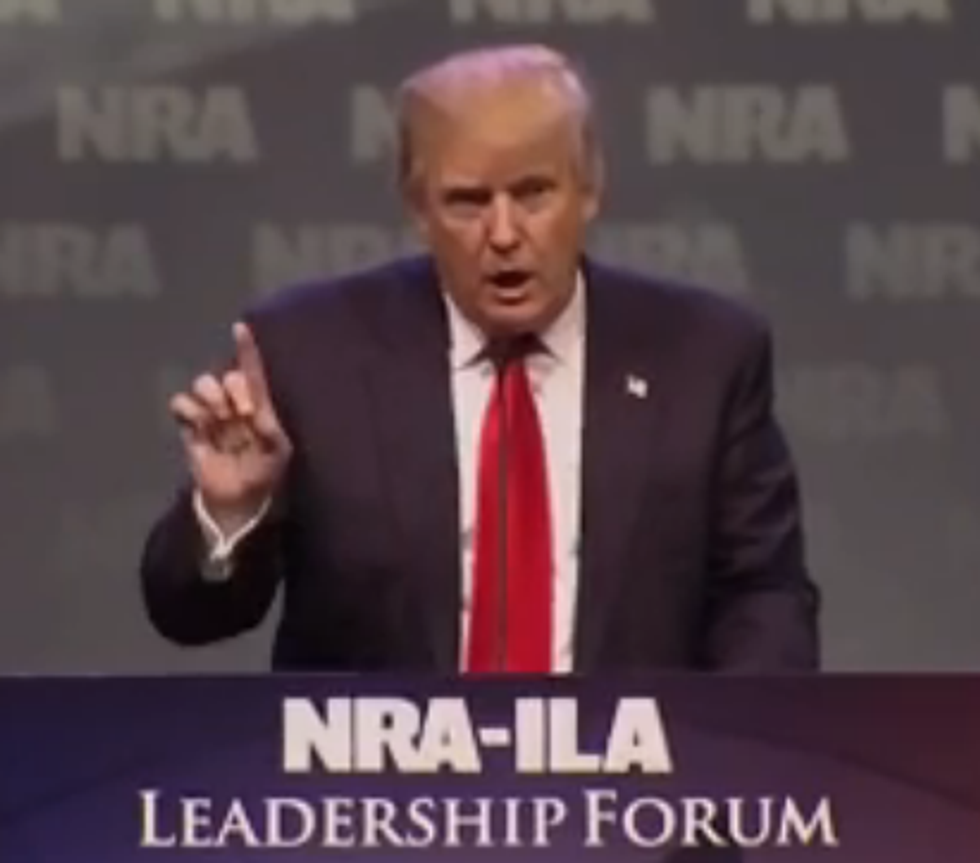 In news that will blow you off your chair, the NRA has endorsed Donald Trump for president, ending our speculation that MAYBE the organization really wouldn't be interested in a know-nothing, bomb-the-fuck-outta-alla-them, trigger-happy, shitfire dicknozzle like Trump for president. It all went down at the NRA-ILA (Institute for Legislative Action) leadership forum, held in Louisville, Kentucky, JUST NOW.

We'd transcribe this 20-second clip, but fuck it. You know what the NRA douchebag said. DONALD TRUMP! GUNS! MAKE AMERICA GREAT AGAIN! FART! Something like that anyway.