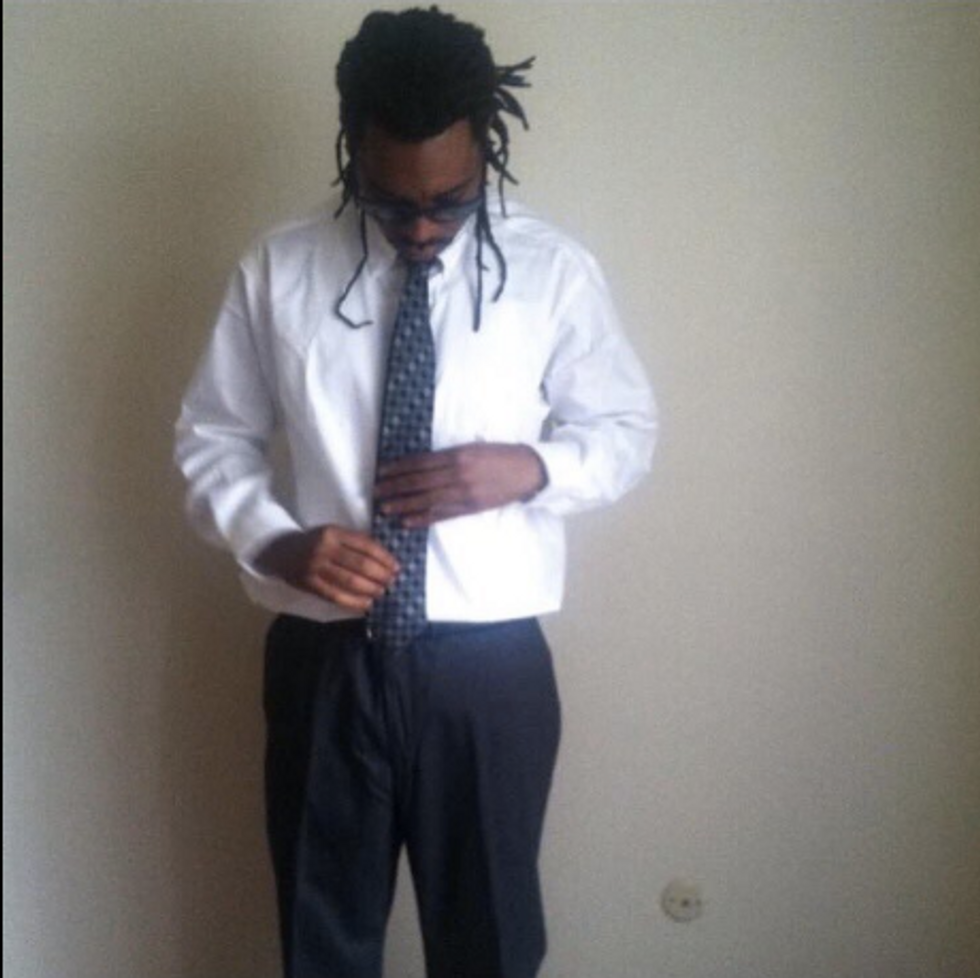 Philando Castile was shot in Minneapolis Wednesday, while reaching for his ID at a policeman's direction. He had told the officer he was armed, and his girlfriend, Diamond Reynolds added that he had a permit. FUCK FUCK FUCK FUCK said the officer, after he fired at least four shots into the car holding Reynolds's four-year-old daughter, as she sat in the back seat. Reynolds recorded -- and broadcast -- Castile dying in front of them. Then she was jailed overnight, for "reasons."

The NRA -- sorry, "the nation's largest and oldest civil rights organization" -- didn't have much to say about that. And people wondered why that might be.

It surely could not be the case that "the nation's largest and oldest civil rights organization" didn't spare much thought for a legally carrying black dude. That would be ... what is the word ... completely expected.

Finally, sometime Friday, "the nation's largest and oldest civil rights organization" managed to wrangle up an intern to write a statement about Philando Castile's death. It was ... muted.

As the nation's largest and oldest civil rights organization, the NRA proudly supports the right of law-abiding Americans to carry firearms for defense of themselves and others regardless of race, religion or sexual orientation.

The reports from Minnesota are troubling and must be thoroughly investigated. In the meantime, it is important for the NRA not to comment while the investigation is ongoing.

Rest assured, the NRA will have more to say once all the facts are known.

Philando Castile's death came on the heels of the shooting of Alton Sterling; in Sterling's case, he too was armed (though not legally). In Sterling's case, we witnessed the entire thing, not just the aftermath. He was pinned to the ground; his gun was in his pocket. Later video from a different angle showed his hands completely empty and no gun in sight. That hadn't stopped the police from firing into him point-blank.

But Sterling had a record; he was not the kind of black dude who worked with schoolchildren and knew all of their food allergies as well as their names. That was Castile.

And the NRA's belated reaction to the death of Castile -- a poster boy for a law-abiding citizen -- struck some (by which we mean everyone) as about what you'd expect.

In the 1960s, Ronald Reagan instituted gun control in California because the Panthers were walking around Oakland with rifles on their shoulders. White people? Didn't really care for that.

Let's see if we can spot a difference in tone between the NRA's generic statement about the death of Castile that did not mention Castile, and its statement the same day about the Dallas police shootings.

(FAIRFAX, VA) - The following statement was issued this morning by Wayne LaPierre, Executive Vice President and CEO of the National Rifle Association of America.

"On behalf of the more than five million members of the National Rifle Association, and especially on behalf of our members from the law enforcement community, I want to express the deep anguish all of us feel for the heroic Dallas law enforcement officers who were killed and wounded, as well as to those who so bravely ran toward danger to defend the city and the people of Dallas.

With heavy hearts, NRA members honor their heroism and offer our deepest condolences to all of their families."

Another Black Man, Philando Castile, Shot Dead By Police, Because That's What Happens In America

Philando Castile was a law-abiding citizen who was reportedly complying with police orders, and now he is dead.

Of course they're anguished about the Dallas police officers who were gunned down. Everyone is. It was fucking awful. But some people were "anguished" about Castile as well. Particularly the kids at the Montessori school where he worked, and where he knew every child's name.

The "nation's largest and oldest civil rights organization" could give a shit whether African-American citizens enjoy their "civil rights." (And frankly, if we're talking about the "civil right" to carry deadly weapons, we'd be happy to deny that "civil right" to black people and white people. The NRA is bullshit. The Heller decision was bullshit. And we don't see any "well-regulated militias" up around here.) The NRA had to be dragged to even make a statement, and a mealy-mouthed "once facts are in" one at that.

The NRA knows exactly what it is doing, and whose "civil rights" it's protecting, and it's not Philando Castile's.