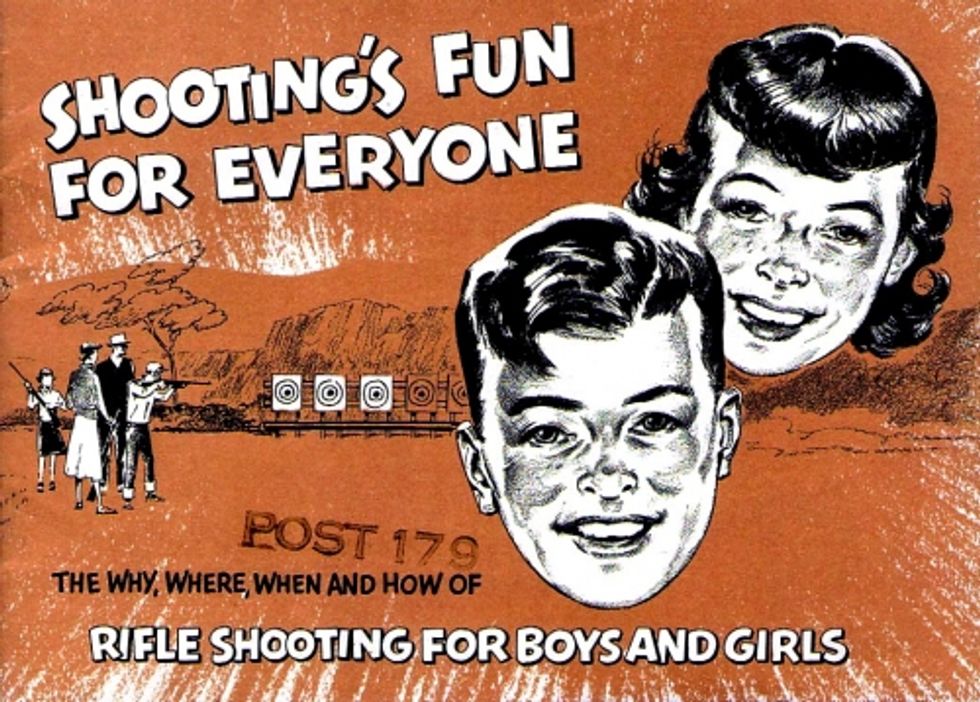 Good Christ it is really getting hard for us to come up with snappy ways to write about the NRA. What do you do with an organization so consistently terrible and deliberately tone-deaf? There's just no hyperbole left, people! So we've really got no clever way to tell you that the NRA is pretty much one step away from demanding that the law mandate that babies are given a gun the very second they exit the womb:

The National Rifle Association is asking the Supreme Court to overturn a federal law that prevents federally licensed gun owners from selling handguns to people over 18 and under 21.

In a court filing, the NRA and two 19-year olds ask the court to strike down the 1968 law, which a three-judge panel for the 5th Circuit Court of Appeals unanimously upheld last year.

Yessssssssssssss. Errebody knows that more guns always equals more freedom and everyone knows that there is literally nothing more responsible than an 18-year-old with a gun. Now, you might be saying "hey wait a minute, since the Constitution guarantees a gun for every man and woman and child and fetus and oak tree in 'Merica, isn't it only right that 18-year-olds get their mitts on legal guns?" Mebbe, but here's a fun fact: THEY ALREADY CAN:

Under a law that dates to 1968, Congress imposed a series of limitations on access to guns for anyone under the age of twenty-one. The only restriction specifically at issue in the new case is a ban on purchasing a handgun from a federally licensed gun dealer, for anyone who is eighteen, nineteen, or twenty years old.

The law does not ban those in that age group from obtaining guns, or even from obtaining handguns. They may get such a weapon from their parents or a guardian, and may even buy a handgun in a private sale. They may also buy a rifle or shotgun from a licensed dealer. What is banned altogether is the purchase of a handgun from a dealer — the source that the NRA told the Court is “the most common” and “most logical.”