Nuclear Madman Brags About Size Of Penis To Kim Jong-Un 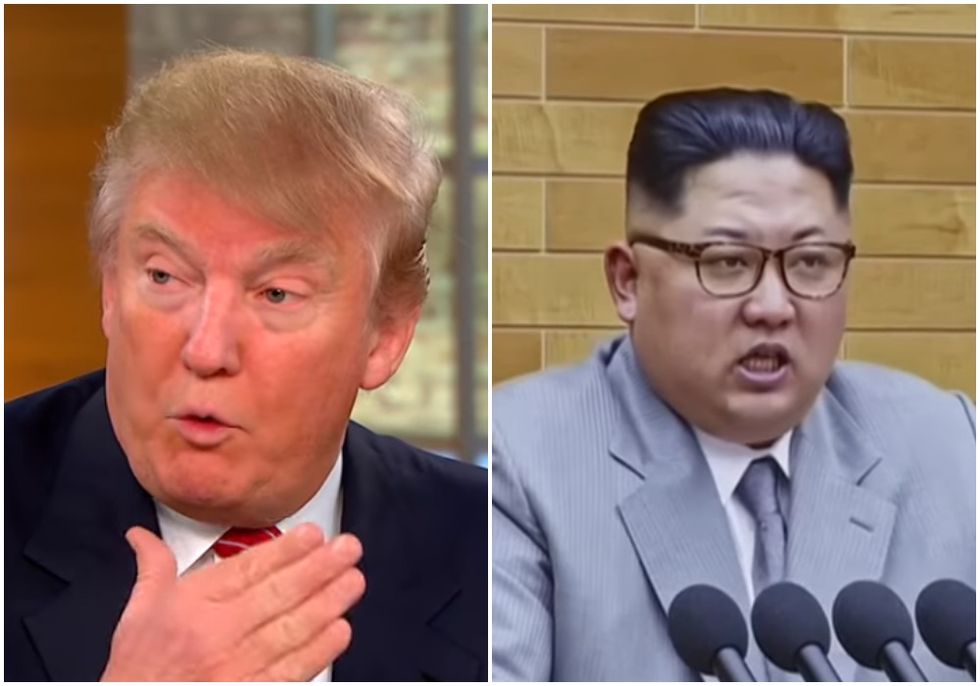 Great. The "president" is talking about his "button," because he (allegedly) has a bigger "button" than Kim Jong Un, and we are supposed to believe this because ...

Haven't we seen this movie before? Oh yes, it was way back in the olden timey days of the 2016 Republican primary, when Trump bragged on a debate stage about how he has REALLY BIG HANDS and a PERFECTLY SERVICEABLE PENIS -- allegedly -- at least compared to Little Marco Rubio.

But that was then, and this is now. Back then, everybody was like "LOL! Trump thinks he is going to be preznit, and he's yapping about his little ding-dong? LOL!" Fast forward through one million months of Russian election interference and one million think pieces and news reels about BUT HER EMAILS!, and now we have an actual "president" literally begging the leader of North Korea to start World War III, because the "president" gets his feelings hurted when somebody implies they have a big "button" and he doesn't. We get it, Donald. You have an outie. (ALLEGEDLY.) (Somewhere up under that svelte Big Mac frame.) (Allegedly.)

Trouble is, this time it's less funny and more horrifying, because oh my god, he is literally going to get us all killed. It's a shame nobody tried to warn us.

We're with Nate Silver on this one:

While we think this is actually really fucking serious and if there was ever an excuse for Mike Pence and the Cabinet to shove Article 25 up Trump's ass, this it it, we acknowledge Maggie Haberman right here, making an attempt at a light joke:

Let's just all pray Trump thinks his Diet Coke button also controls the nuclear codes and wiser members of his inner circle have hidden the actual LOLOL CAN'T FINISH TYPING THIS SENTENCE, THERE ARE NO WISE PEOPLE IN HIS INNER CIRCLE.

On Tuesday, North Korea expressed a desire to reopen lines of communication with South Korea, mostly because North Korea really wants to go to Olympics next month. CNN has just reported that North Korea has officially re-established a long dormant "hotline" between the two countries, so we guess that conflict is over. (LOL joke!) So it will be interesting to see what happens with that.