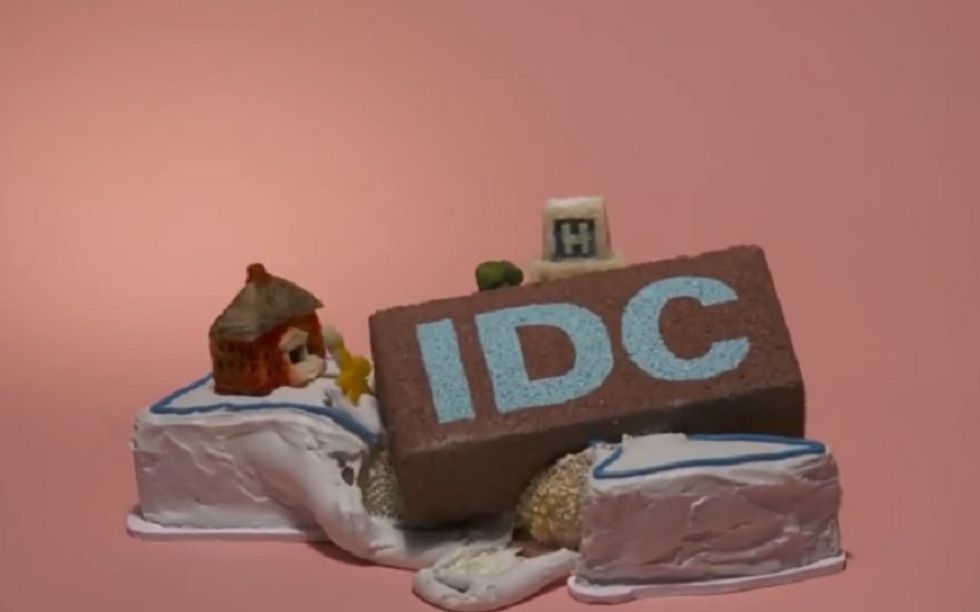 Someone left a weird New York-shaped cake out in the rain. Of bricks. Which we are shitting.

Yr Wonkette likes to learn things, although sometimes it makes us mad. It makes us mean mad, even, just like Tom Joad, and then we have to go run down the ditch after giving our long-suffering mother an inspirational speech. This little informational video about the "Independent" "Democrats" in the New York Legislature certainly made us mean mad, although we'll be satisfied by doing a blog post about it instead of doing a terrible Henry Fonda impression, so Lucky You. The IDC is a group of eight "Democrats" in the New York state Senate who formed a coalition with the minority of Senate Republicans, making the nominal Democratic majority the de facto minority and blocking all sorts of progressive legislation. That truly sucks buttermilk out a dead hog's ass, as one of John Steinbeck's salt-of-the earth rustics might say, but never did.

Here, watch the vid, which is narrated by Sopranos and Nurse Jackie star Edie Falco, who has been doing progressive politicking since she appeared in a 2004 ad opposing George Bush and the Iraq war. It makes a very strong case for Throwing The Bums Out and voting in some real damn Democrats, please, along with a progressive governor, like, say, Cynthia Nixon, who is primarying Andrew Cuomo and seems likely to give him a real contest. Spoiler warning: This video involves the deliberate ruination of a perfectly good 2-layer cake in the shape of the state of New York. But it had to be done, we guess, since these IDC schmucks are making New York look bad compared to California, which ought to be enough to make any New Yorker mean mad, too.

Watch Edie Falco (!) explain how the fake Democrats in the IDC are preventing NY from being a real blue state. This September, we can defeat every single one of them – and the Governor who enabled them. h/t @thecreateresistpic.twitter.com/7OHsRsQoQl

If you're in New York, you probably already knew about these turds. If you're outside New York, like, say, in Idaho, where the two party system is Conservative Republicans and Batshit Crazy Rightwing Republicans, you may, like us, find your jaw dropping in amazement that anyone running as a Democrat would be so cynical and awful. Throw the bums, as we say, out.

Yr Wonkette is supported by reader donations. Please click here to send us money, and we'll talk with you about why the John Ford movie ending betrays the book's, but had to be that way.