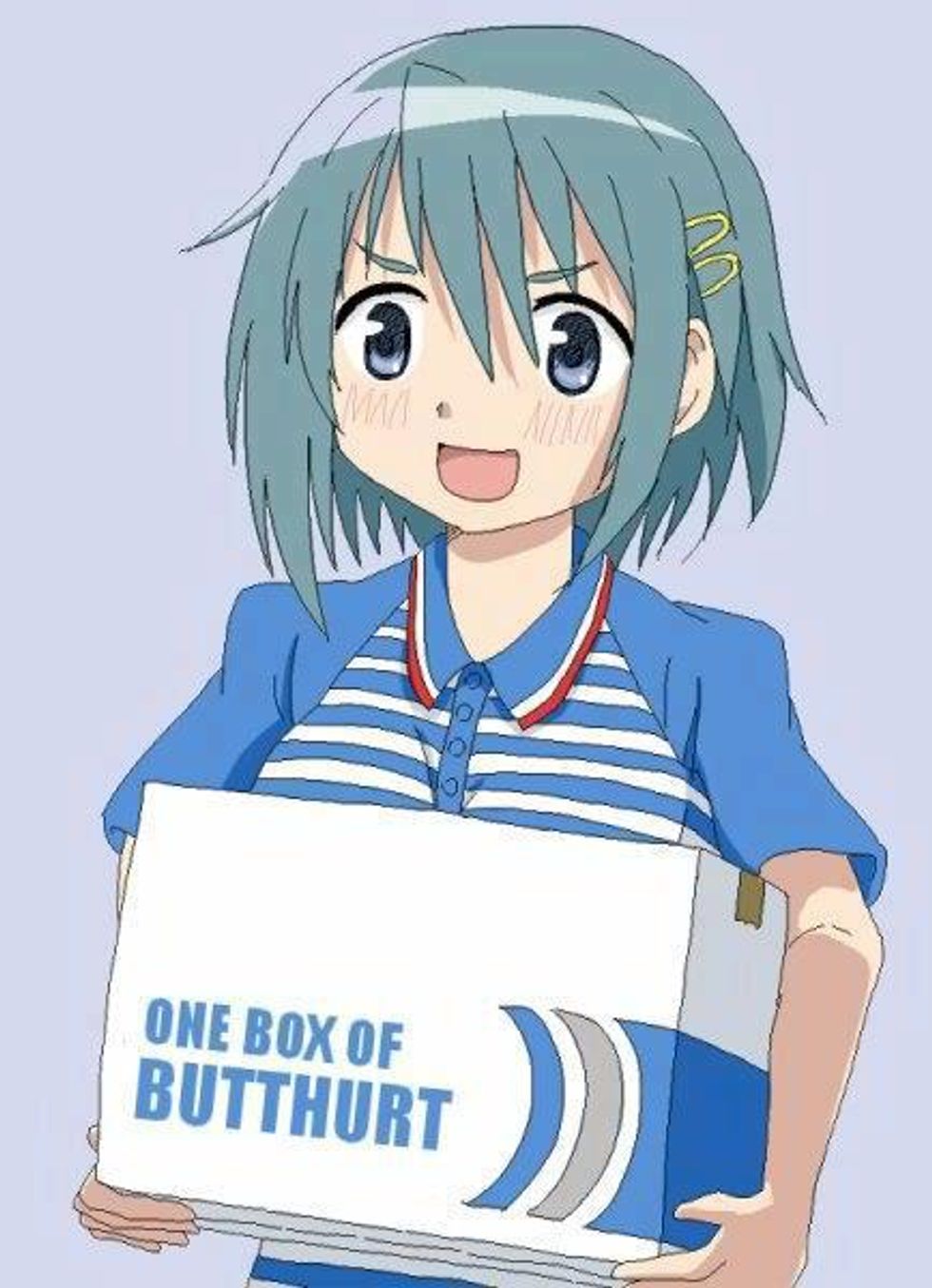 It starts with glitter...but escalates to streamers and balloons

Super tough guy, Trump surrogate, and occasional jail death ignorer David Clarke, the Sheriff of Milwaukee County, was terrified and very triggered by the Women's March in Washington Saturday, where he saw what's ahead for America: mere anarchy loosed upon the world!

Yep, that sure was some total collapse of the social order. Come see the violence and anarchy! The sheer madness!

But maybe this is one of those things where perspective is everything, and the adorable child with the self-made sign is not representative of the complete madness in the streets, not to mention all the rioting Saturday!

Egad! Taunting with malice aforethought! That's some riot! Say, how many arrests were there in all this rioting Saturday?

Duh, because as Sheriff Clarke makes quite clear, there wasn't a cop in sight to arrest the malefactors for the offense of saying bad things. Lucky thing he was out of his own jurisdiction, because on his home turf, Sheriff Clarke is free to be much more of a badass when it comes to particular individuals suspected of taunting and head-shaking. On January 15, Clarke was the victim of a brutal assault in the form of a man shaking his head at him as the two boarded an airplane in Dallas, bound for Milwaukee. The assailant, one Dan Black, admits to the offense in his complaint to the Milwaukee County Sheriff's Office:

As I passed him, I asked if he was Sheriff Clarke, and he responded in the affirmative. I shook my head as I was moving on to my seat near the back of the plane. From behind, he asked if I had a problem. I shook my head “no” again and continued to my seat. [...]

I intentionally did not say anything more to him because I did not want to make a scene or get in trouble as a Milwaukee man did in September when confronting Clarke on an airplane. I just moved on and took my seat.

Such riotous and clearly dangerous head-shaking was not to be tolerated, of course, so when the plane landed in Milwaukee, Black said, he was met by "six uniformed deputies and two bomb/drug dogs"; he says Clarke gestured to the deputies, who then questioned him for about 15 minutes and escorted him out of the airport like the obvious threat to public safety he was.

Ah, but there are two sides to every head-shake, so Clarke took to the Sheriff's Office Faceplace to warn all would-be rudeness perpetrators that next time, they may face whatever means Sheriff Clarke feels necessary to protect himself:

It is a well-known fact that most incidents of rude head-shaking are a prelude to an assault, and this Dan Black is damned lucky to have escaped with only a public shaming and not a beatdown.

Sheriff Clarke was not the only victim of a vicious taunting assault at the DC march. Clarke retweeted this irrefutable proof that the Women's march was led by ISIS, as posted by a member of "Bikers 4 Liberty" (a different group from "Bikers For Trump," keep in mind):

Thank you @UncleSamsChild for video of #ISIS led #WomensMarch terrorist in #DC
These are not Protesters!#RETWEEThttps://t.co/3KCZtIYPU9pic.twitter.com/HF8YWltBLb