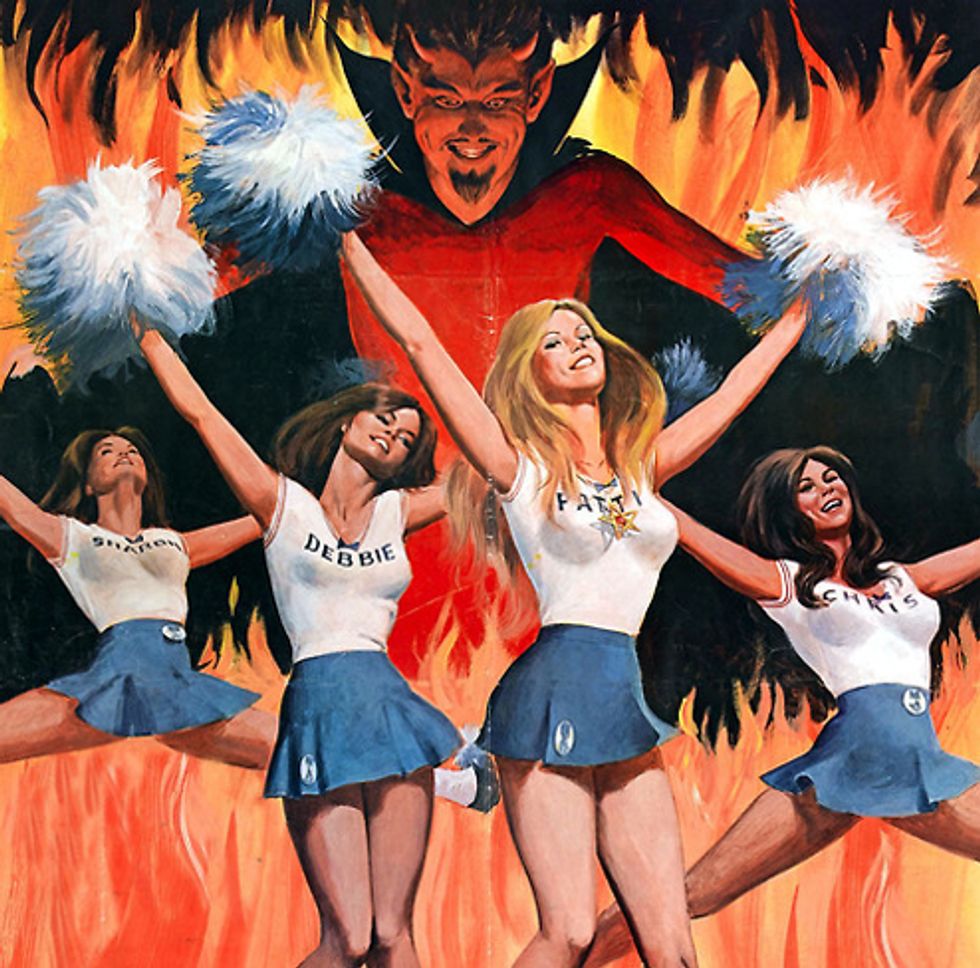 In what is kind of sort of a victory, the Oakland Raiders and former members of its cheer squad, the Raiderettes, settled a lawsuit in which the super demanding cheerleaders asked if the team would mind complying with existing labor laws, thanks.

Instead of earning only $125 per game in a single paycheck delivered at the end of the season, Raiderettes will earn $9 an hour from now on, plus overtime, for the estimated 350 hours each cheerleader puts in each year, including rehearsals, practices and mandatory community and charity appearances. Their annual compensation will rise from about $1,250 to about $3,200.

In case you failed to pay attention the first time we told you why NFL cheerleaders need a union, allow us to refresh your memories: Raiderettes were being paid the equivalent of $5 per hour, which is less than minimum wage, AHEM, and they were forced to pay for their own travel and other business-related expenses, like having their hair and make-up done according to the team's strict rules of How To Be A Sexxxxy Cheerleader. That, for those of you without an "Esquire" after your names, is ILLEGAL.

And the Oakland team is not the one bad apple in the whole NFL barrel. (Yeah, we know you're shocked, SHOCKED! to find that gambling is going on in here!) The Dallas Cowboys pay cheerleaders a whopping $150 per game, and a whopping zero dollars for rehearsal time because it's not like that's real work anyway. In fact, as the L.A. Times reminds us, "Similar cases are pending against the Cincinnati Bengals, the Buffalo Bills, the Tampa Bay Buccaneers and the New York Jets."

At least the Buffalo Bills really care about cheerleaders and created a handy-dandy manual to teach them how to properly wash their ladyparts and use a tampon, and no, we are not kidding you, and yes, this is just one more reason in a long list of reasons why we really hate the crap out of sportsball, even though OOOOH SPORTSBALL!

Perhaps the bittersweetest part of this semi-nice time-ish story is the cheerleaders have been treated so damned badly by the team that they really are grateful for this settlement.

“I’m so excited, honestly,” said Lacy, 28, who spent only one season as an NFL cheerleader and who was shunned by many of her squadmates after filing the lawsuit. “I feel a sense of satisfaction knowing this long journey is over and will end happily for 90 women. I feel very proud about that. I know we’re just cheerleaders to people, but we’re low-wage workers working for a billion-dollar industry. It shows everyone that one little girl who stood up and said, ‘This is not right,’ changed the way the Raiders do business.”

We hear you, Lacy, and we are happy for you, but on the other hand, it's hard to Got Spirit, Yes We Do that you had to sue the team just to get it FOLLOW THE DAMNED LAW and pay the minimum wage, which, in these parts, is not exactly a living wage. But still, it's better than nothing. Which is something. So HOORAY!!! we guess.