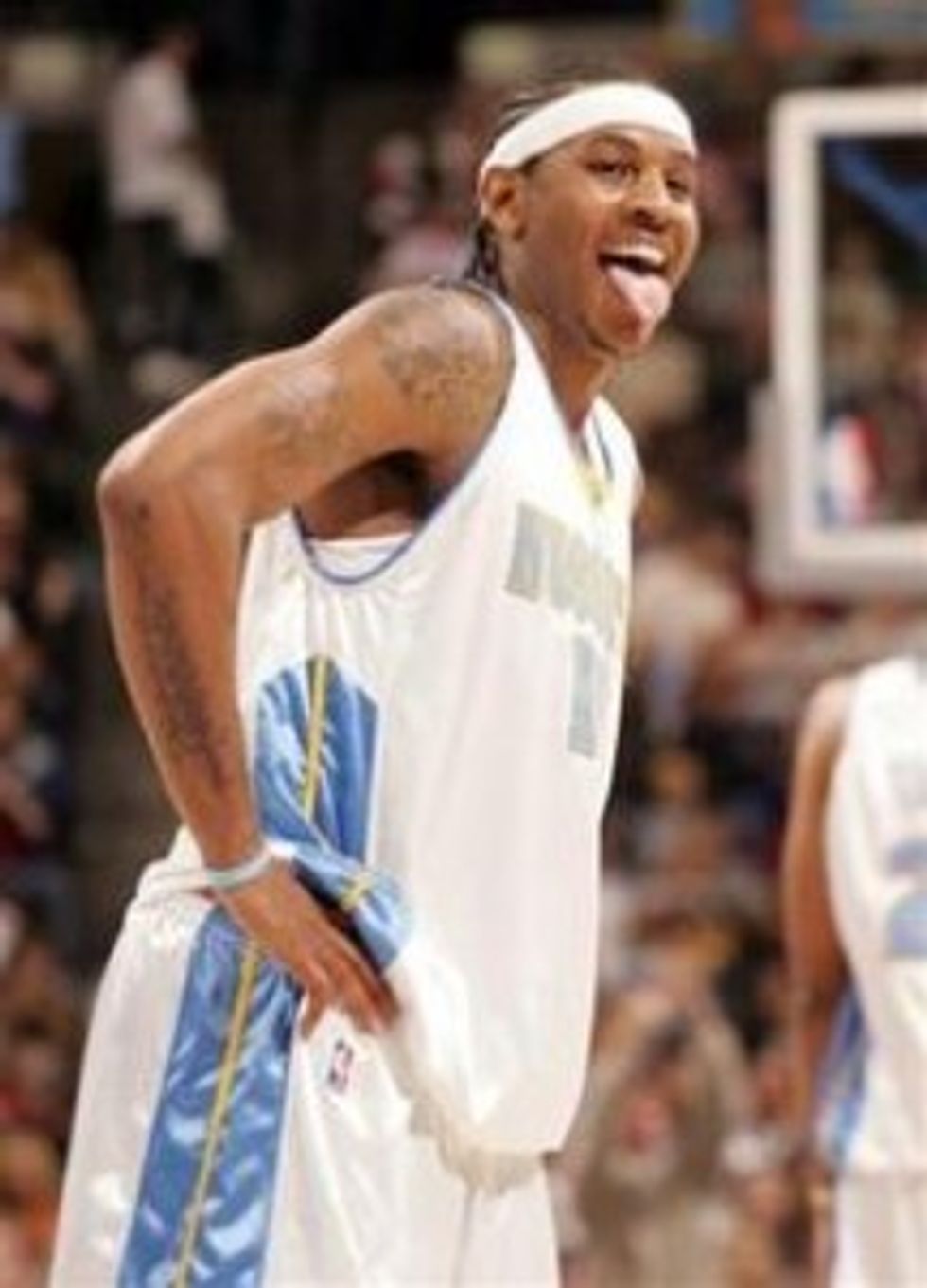 Barack Obama likes basketball, and so will hold a basketball-themed fundraiser. (Presumably he will do other stereotypically black things, like hold a massive rummage sale for his giant stockpile of old Alizé.) The Washington Free Bacon is covering this event by doing the responsible journalism the Lamestream Media won't, and exposing all of the tall, rich black men who almost certainly have giant equipment ... in their spacious homes for practicing basketball.

While best known for his disappointing stints with the Denver Nuggets and New York Knicks, Anthony has also taken up the mantle of the “stop snitchin’” movement, appearing in a video promoting drug use and encouraging those who are questioned by the police to refuse to “snitch” on drug dealers, murderers, and other criminals[.]

By "appearing in," Free Bacon means "standing next to his idiot friend laughing hysterically because this is ridiculous."

In one segment, Anthony stands on a street, wearing a red shirt and baseball hat and laughing while another man talks about life on the street, snitches and the NBA. Anthony, 20, doesn't respond to any of the comments about violence, except to laugh.

The publicity of Stop Snitchin' actually helped to identify several corrupt police officers in the Baltimore area such as former BPD officers William King and Antonio Murray who were sentenced to 315 and 139 years in prison, respectively, following an investigation caused by the DVD which identified the officers as drug traffickers.

Discount Bacon doesn't stop there, though, oh, no. This is all a part of a grand conspiracy to make The Wire a reality on our streets.

Like President Obama, Anthony has declared his affection for The Wire, HBO’s critically acclaimed drug drama. An Obama donor recently hosted a controversial Wire-themed fundraiser for the president’s reelection campaign.

We are all millionaire athlete gay stick-up men now. #Obama2012

A hint to Carmelo Anthony: take a page from Ice-T and advocate shooting cops for freedom.