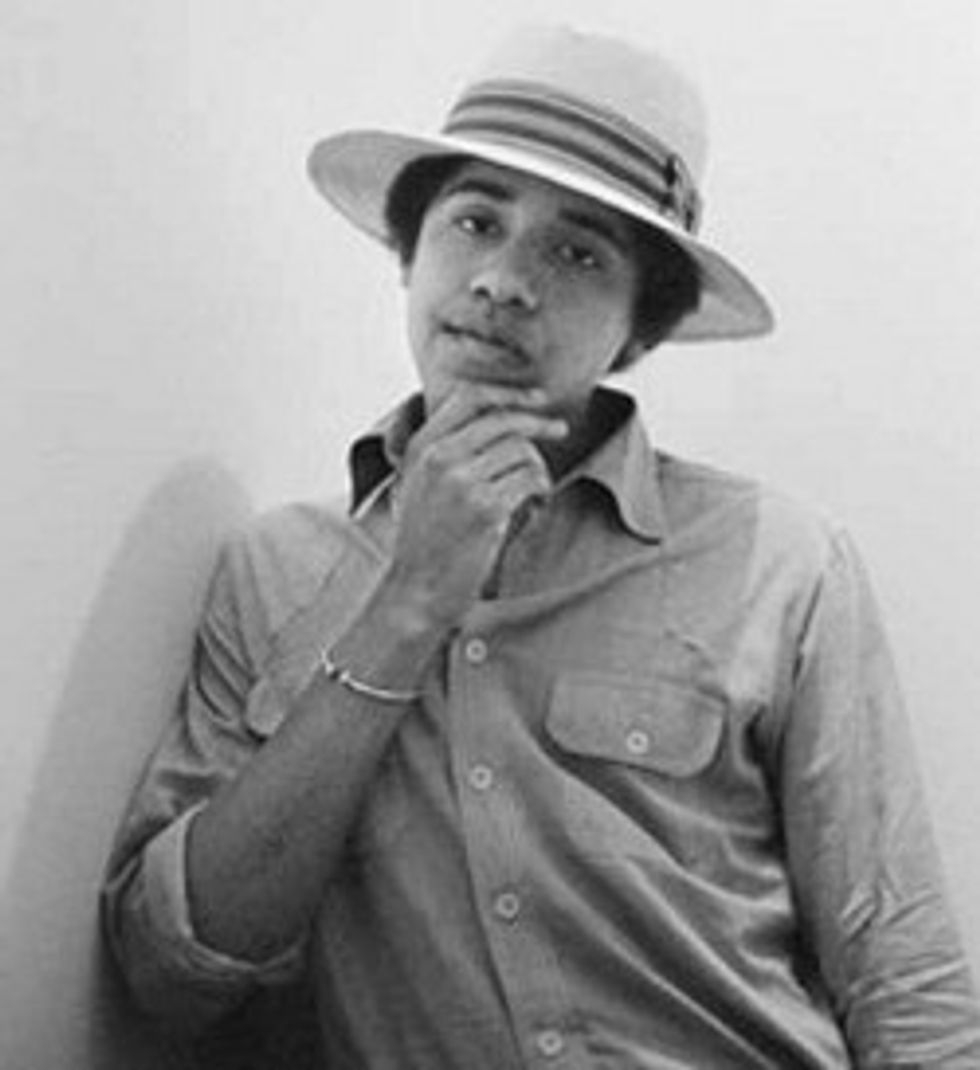 The truth has come out: Barack Obama is not a genius. We're sorry, we know you have always thought this to be true. But a very serious man and inadvertent Obama scholar by the name of Jack Cashill has encountered some EGREGIOUS ERRORS (subtle grammatical changes) in letters that were printed in the new Obama biography, David Maraniss's Barack Obama: The Story, parts of which were also recently excerpted in Vanity Fair. Conclusion: Maraniss has COMMITTED FRAUD by possibly changing four or so words Obama wrote 29 years ago, and Obama is just a petulant boy-man who doesn't use a spell check because he is above it! Especially now! Well, now you know how to vote in November, thanks to Jack Cashill.

This is one of an appalling five sentences in Obama's 1,800-word essay in which the noun and verb do not agree.

About halfway through his groundbreaking treatise, Cashill self-consciously blurts this out:

Let me explain why this is important.

Apparently it is "important" because Obama also sucked grammatically at other times too, like in love letters to his ex Alex McNear, many of which also appear in Maraniss's book/the Vanity Fair excerpt. And, Cashill implies (doesn't even say), does Obama really write anything of his own? Have his own love letters to the American public been filled with help from -- GASP -- editors and -- SHRIEK -- copyeditors and -- GAH -- Microsoft Word's spell check function????? HAS IT ALL -- THE SPEECHES, WE MEAN, WE KNOW THE REST HAS PRETTY MUCH SUCKED -- BEEN A LIE? Did Maraniss, horrifyingly, edit Obama's love letters for clarity, wrongly leading us to believe that Obama was born clear?

Cashill finds it particularly vexing that an umlaut was added to a letter 'u' in the Sundial thing! The nerve!

Did [Maraniss] not ask himself how a mediocre student, writing presumably from memory, could embark upon a sophisticated, spontaneous discussion of T.S. Eliot or think to put an umlaut over the "u" in Münzer? After catching the word switch in the Sundial excerpt, I now have to question whether it was the young Obama who added the umlaut. I suppose the Sundial edit, like the umlaut, might have been made by an editing program and overlooked by Maraniss, but the duty to explain is now his. Otherwise, he stands accused of fraud.

The presidency is riding on an umlaut. [The American "Thinker"]