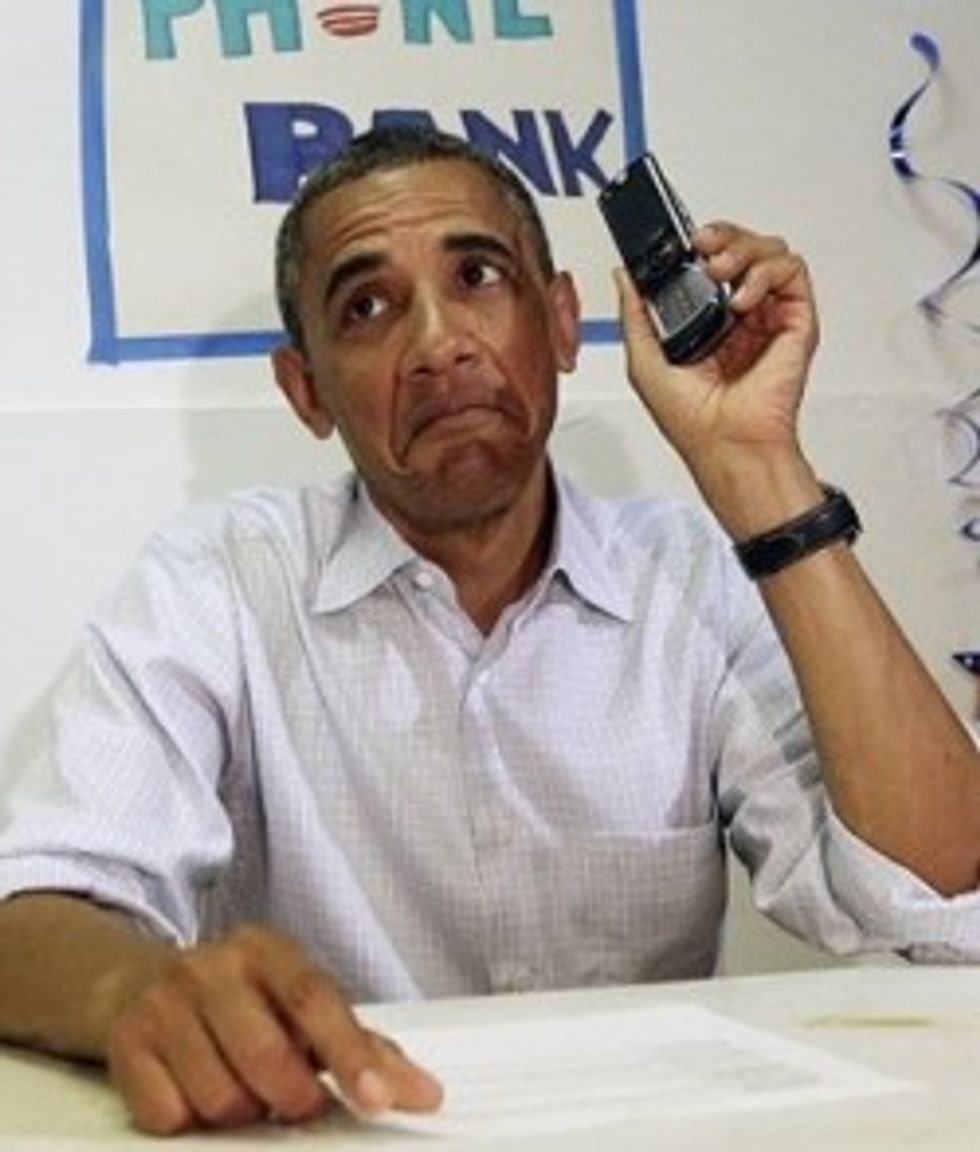 In what is surely the most scandalous case of presidential technology bafflement since that one time whenGeorge HW Bush asked some polite questions about a UPC scanner at a trade show, the leader of the Free World was "befuddled" when trying to dial a number on a phone handed to him by a campaign aide in Port St. Lucie, Florida. The Moonie Times' Dave Boyer has the shocking details:

On the campaign trail, President Obama is constantly talking about the importance of technology, but he met his match in an iPhone Sunday.

The president had stopped at a campaign office in Port St. Lucie, Fla., to thank volunteers. Then, for the cameras, Mr. Obama was supposed to call two campaign workers who were out working on his behalf.

But when White House trip director Marvin Nicholson handed the president his personal iPhone, Mr. Obama couldn't get it to work. A reporter who witnessed the scene said the president looked "befuddled."

"It's not clear he knows how to dial on an iPhone," the reporter wrote in a pool report.

The wingnutosphere dutifully reported the President's embarassing failure, noting the amusing irony of the supposedly hip, tech-savvy Obama struggling with an iPhone, which everyone knows is ridiculously user-friendly, and mostly using the photo reproduced above. Which is pretty clearly not a picture of an iPhone.

(We cannot verify, because we are really lazy, whether the phone in the photo is the phone that actually gave Obama trouble. But this photo accompanied the Moonie Times story, which definitely said "iPhone" over and over. Also, we've always felt kind of bad about George Bush and that supermarket scanner story, which we pedantically correct whenever we hear it. Really, it's on Snopes, people. )