Obama Could Be President For Life, But He Doesn't Want To. OR DOES HE? 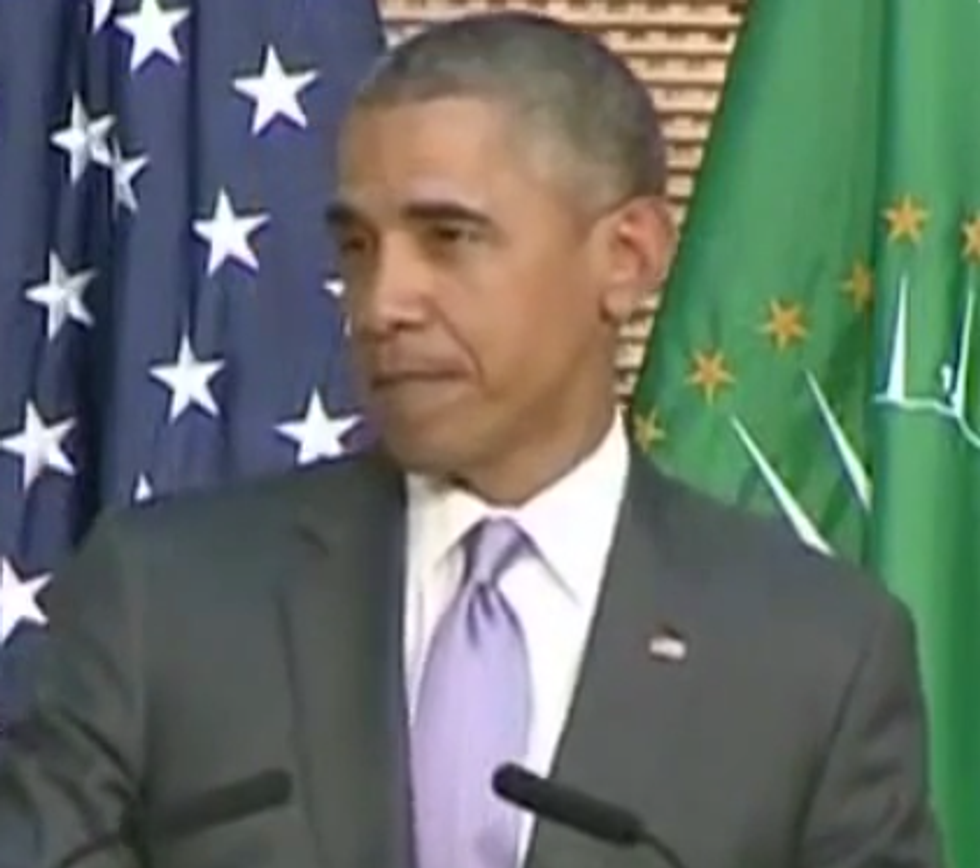 "I actually think I'm a pretty good President. I think if I ran, I could win. But I can't," Obama ad-libbed during a speech in Ethiopia. "There's a lot that I'd like to do to keep America moving. But the law is the law, and no person is above the law, not even the president."

Obama's remarks, which come on the same day that a new CNN/ORC poll found his approval rating standing in net-positive territory for the second month in a row, were made to the African Union in Addis Ababa. He is the first U.S. president to address the group, and was critiquing some African leaders' reluctance to turn over power.

"Africa's democratic progress is also at risk when leaders refuse to step aside when their terms end. Now let me be honest with you -- I do not understand this," Obama said, going on to say that he is looking forward to life after the presidency.

Of course, he WOULD say that, wouldn't he? Because completely sane wingnuts have been warning us for YEARS about how Obama is going to cancel the 2016 election and maybe the REAL reason he keeps acting like "Hi, I am the president of I DON'TGIVE A FUCK" is that he knows that this whole election is a big sham, he's going to be dictator for life and give the honorary title of "president" to Hillary Clinton, and for all HIS help in making 2016 the shit-showiest election in the history of shit-shows that are actually fake, Donald Trump will get some really fancy title like Classiest President Of Outer Space, Which Is Weak.

You don't know. This could happen, and then who will feel like a stupid? You will.