Obama Doing Black-On-Black Racism To Bill Cosby, All Because Of A Few Measly Rapes 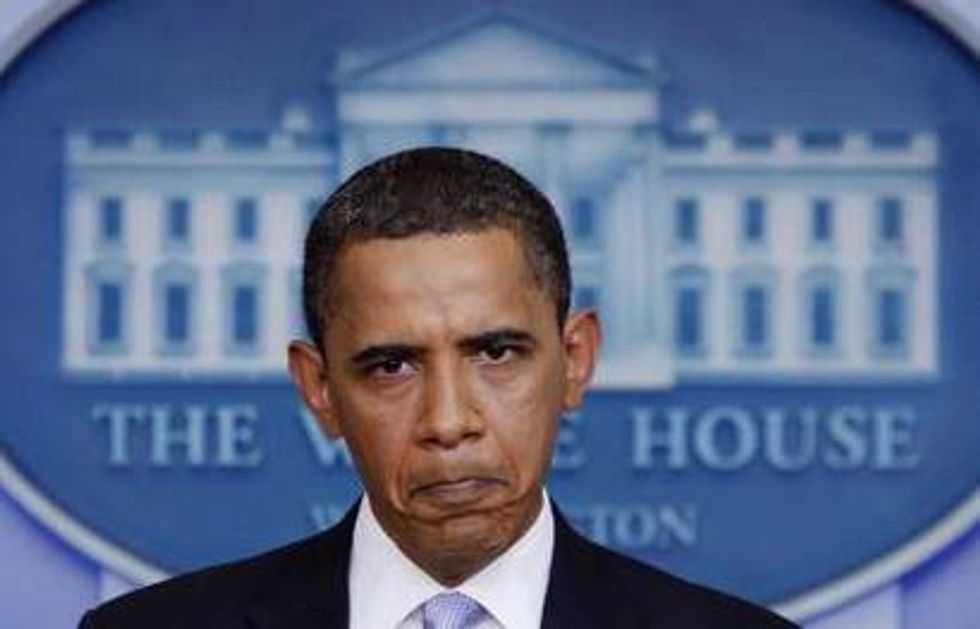 Oh look, here is President Obama subtly suggesting that Bill Cosby is maybe a raping rapist who has done all the rapes to all the ladies he raped, like a rapist. But like, in a presidentially subtle way. Asked during a White House press conference whether the president "would revoke the Medal of Freedom for Bill Cosby," as many petition-signers on the interwebs are demanding -- because of ALL THOSE RAPES (yeah yeah, allegedly and also according to Cosby's own deposition testimony) -- the president made a sadface and said there's no "mechanism" to allow him to do that, BUT:

As you know, I tend to make it a policy not to comment on the specifics of cases where there might still be if not criminal then civil issues involved. I'll say this: If you give a woman -- or a man, for that matter -- without his or her knowledge a drug, and then have sex with that person without consent, that's rape.

Wow, look at Obama, talking about how men also get raped sometimes too. Maybe he's listening to those Men's Rights Assholes after all. Wait, that's not the point though, is it? No, the point is that the president just sub-called Bill Cosby a fucking rapist, for being a rapist, according to Bill Cosby, who said he put the drugs in the ladies so he could stick his dick in their unconscious parts. Plus, all the eleventy dozen women who said, "He put the drugs in me, and then stuck his dick in my unconscious parts." Which is, you know, R-A-P-E rape.

Probably, the president is trying, just like CNN, to destroy Cosby, for being the kind of Strong Black Man who speaks truth to power (when he's not raping all the ladies). The kind of truth that white conservatives love to hear, about how black people need to stop being so damned black if they wanna not be treated like they are black. Obama IS the real racist!

The president added, "I think this country, any civilized country, should have no tolerance for rape." He didn't specify whether he was talking about legitimate rape or that not-really-rape kind conservatives love, where the girl is like, "I am wearing a skirt, so feel free to fuck me, I'm clearly asking for it, EVEN IF I AM UNCONSCIOUS." So we're going to assume he means all the kinds. Oh, and also that Bill Cosby is a fucking (alleged) rapist who (allegedly) raped all the ladies, according to Bill Cosby. And President Obama.