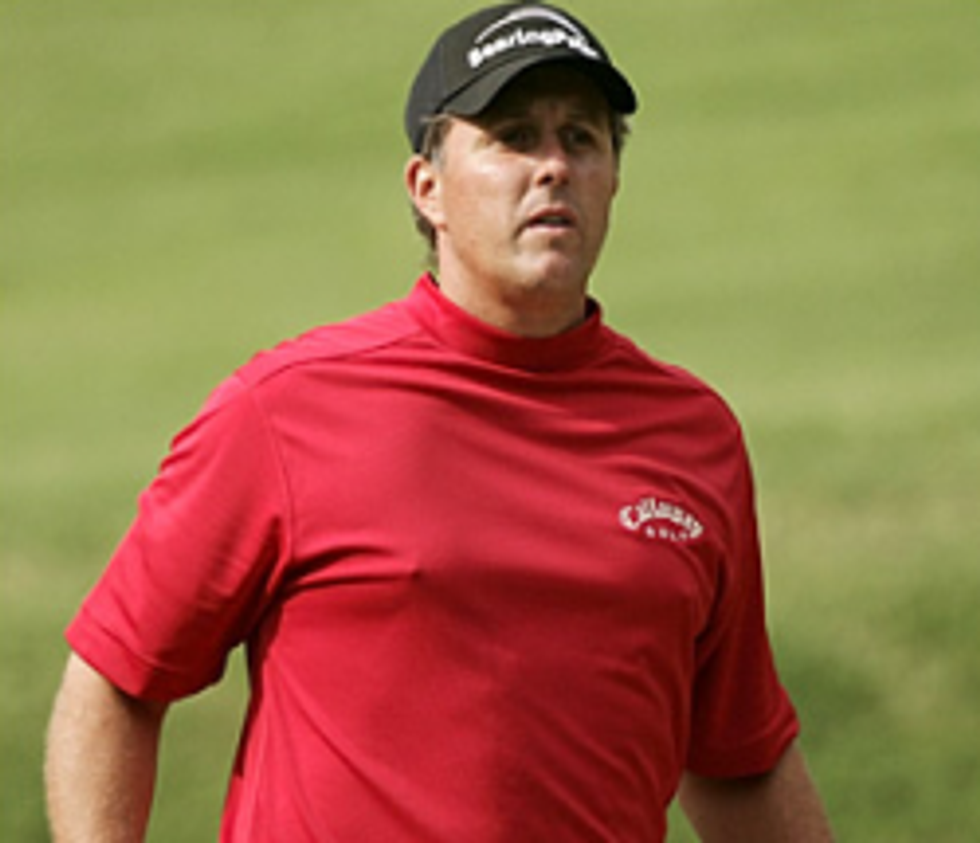 Golfing-man Phil Mickelson has appeared in these pagesbefore, not for his achievements in the sport of golf-balling, but rather for his excellence in the sport of being a mouthy, whiny Ayn Randian cock-nozzle about the terrible, terrible burden of subsisting on the measly $25 or $30 million a year he earns after taxes because successful millionaires are so badly punished by our nation’s regressive tax structure. Oops, excuse us, another roach just scuttled across the floor of the crappy studio that is the best our measly freelance writer salary can afford…

Okay, cockroach has been killed and eaten for breakfast. Where were we? Oh right, Phil Mickelson, whiny multi-millionaire, who is now being investigated for possible insider trading. Couldn’t happen to a nicer schmuck.

The story: the F.B.I. and Securities Exchange Commission are looking into a well-timed stock trade Phil made back in 2011 just before a takeover bid of Clorox by billionaire Carl Icahn. According to the theory, Icahn may have let slip news of his upcoming takeover attempt to Billy Walters, a well-known gambler and golf-course owner in Las Vegas. Walters also happens to golf occasionally with Mickelson, so the feds want to know if the gambler gave Mickelson a tip that allowed him to short Clorox stock and add a few bills to his fortune.

It is not yet clear if there was any actual legal wrongdoing here by any of the parties, particularly since Icahn’s takeover bid failed and he never got to take a seat on Clorox’s board. One of Mickelson’s lawyers told the Wall Street Journal that the F.B.I. has said the golfer is not actually a target of the investigation. And Carl Icahn draws a fair amount of scrutiny because of his history of being a ruthless shitheel, though a cursory Google search turns up no evidence he has ever been accused of insider trading before. And being a ruthless shitheel isn’t illegal. Hell, in business it is encouraged. So this might all be a big to-do about nothing.

Mostly this story is fun for the conspiracy theorizing on some comment boards that Phil is being intentionally targeted by the Obama administration for the brave stand he took last year over his high tax rate (that he was complaining about state income tax in California doesn’t matter to the wingnuts, and besides, if you think it’s tough for Governor Jerry Brown to call up his buddy Barack Obama and ask the president to do him a solid by getting the F.B.I. to dig up some embarrassing dirt on Phil Mickelson, then you just don’t realize how corrupt Nobamer really is, libtard).

Also it is fun because Phil Mickelson is such a whiny dick.