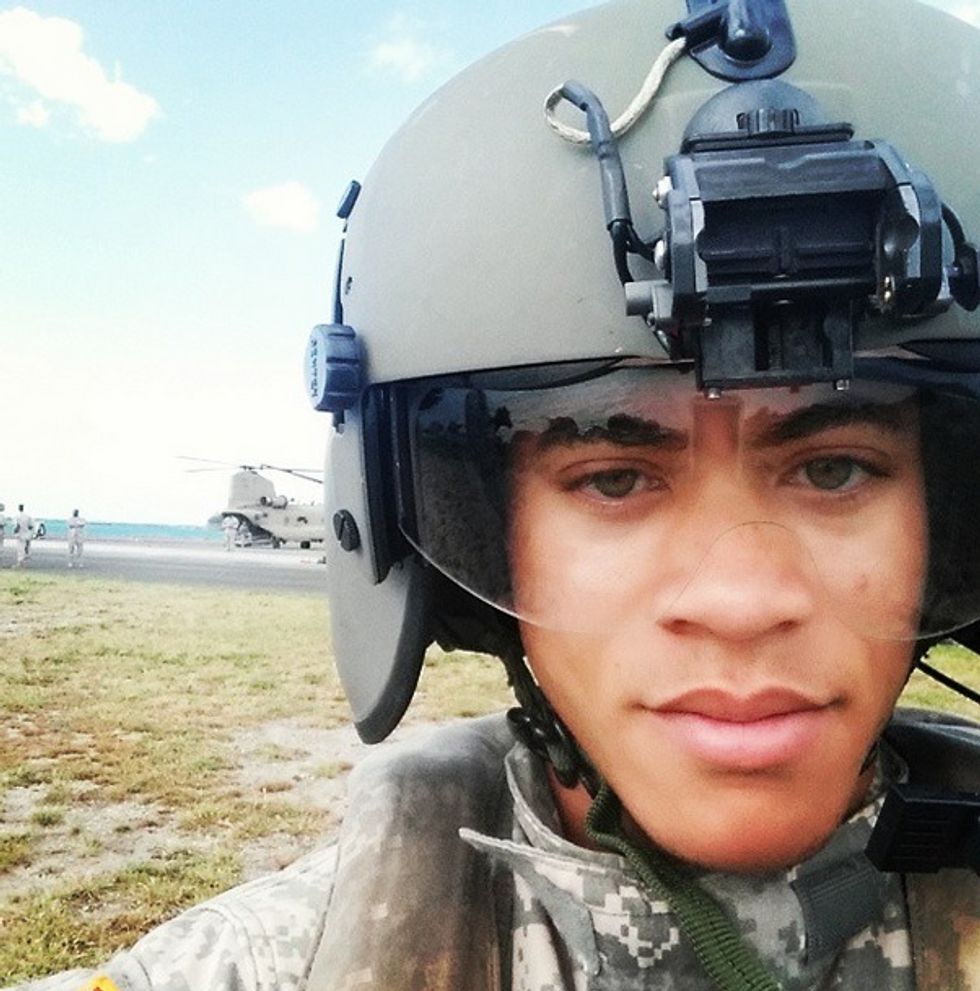 You want to tellSgt. Shane Ortega he can't use the men's room? Wouldn't recommend that.

Here's some genuine Nice Time for you: Secretary of Defense Ash Carter announced Thursday that the Pentagon was ending its prohibition on transgender people serving openly in the armed forces:

“Effective immediately, transgender Americans may serve openly,” Mr. Carter said. “They can no longer be discharged or otherwise separated from the military just for being transgender.”

The decision pushes forward a transformation of the military that Mr. Carter has accelerated in the last year with the opening of all combat roles to women and the appointment of the first openly gay Army secretary. He made his feelings on ending the transgender ban clear last year, when he called it outdated and ordered officials across the military to begin examining what would need to be done to lift it.

There are estimated to be thousands of transgender people serving in the military, although relatively few are out. In his announcement of the policy change, Carter told reporters transgender service members have

deployed all over the world, serving on aircraft, submarines, forward operating bases and right here in the Pentagon...The lack of clear guidelines for how to handle this issue puts the commanders and the service members in a difficult and unfair position.

Carter said top leaders of the military were all in agreement with ending the ban, although the New York Times noted that no generals or admirals joined Carter at the announcement. Humble folks that top brass tend to be, they were probably content to let Mr. Carter bask in the glory and take all the congratulations on Twitter himself.

The new policy will allow service members to use their military insurance to cover medical costs of gender transition, although new recruits who are transgender will not be allowed to enlist until after they have spent 18 months living in their transitioned gender identity. We have a feeling that a spec script for an exceptionally tasteless comedy is being written on that very topic right now.

[wonkbar]<a href="http://wonkette.com/603535/marines-remove-man-from-job-titles-weepy-tough-guys-get-sand-in-their-manginas"></a>[/wonkbar]Despite right-wing fears of diminished unit cohesion, readiness for combat, and Overall Manliness, the military has already had very little difficulty implementing the end of the "Don't Ask, Don't Tell" policy and allowing women to serve in combat roles. Obviously, with those successes already in place, Yr Wonkette predicts the new policy will be greeted with widespread acceptance. The United States is now the 19th nation in the world allowing transgender people to serve without restriction, so it's fairly obvious to everyone there's no good reason to worry about whether the U.S. American military can handle this change as well. American right-wingers should be very reassured to learn the Israel Defense Forces allow transgender soldiers to serve, too. If it's good for the IDF, it has to be good for the American military, right?

We bet Fox news barely even mentions it.