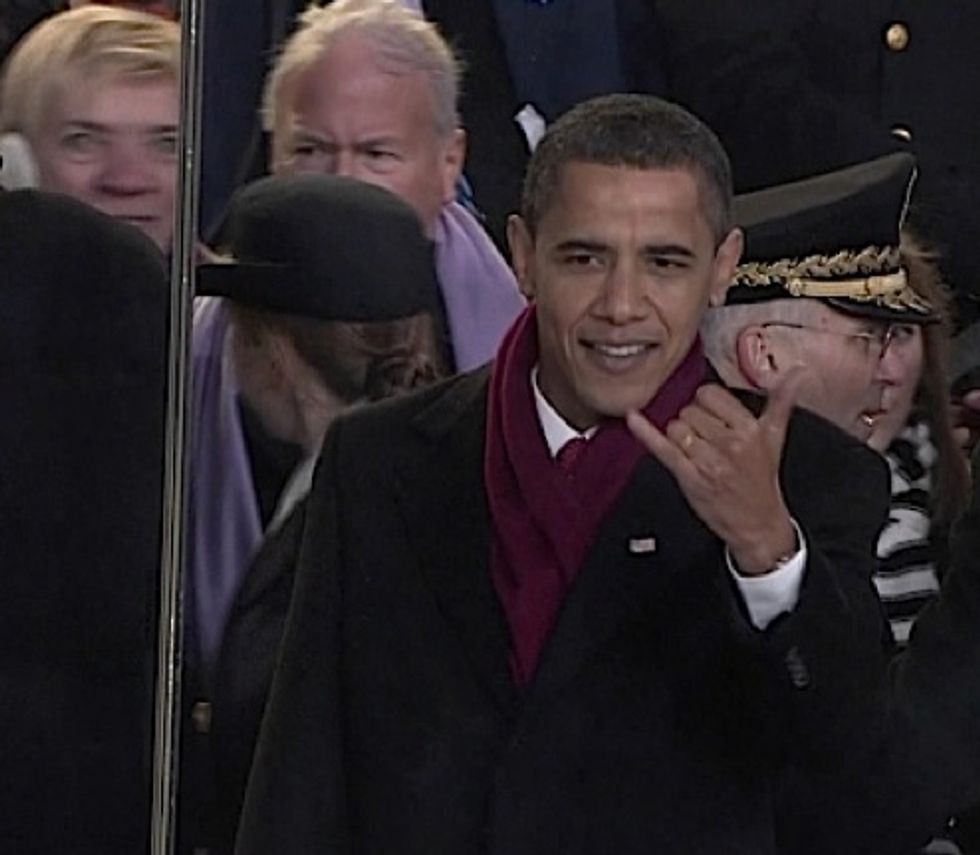 The State of the Union address is coming so soon, you guys! It will probably be like every other State of the Union since forever, in that it will be boring political bullshit and not even the people paid to care will be able to remember asingle word of it two days later. (Haha there will probably be a new Sarah Palin scandal by then, or perhaps Mitt Romney will "join the crowd" by viciously masturbating on the Jimmy Kimmel Show or ???) But the important thing is that Barack Obama will reportedly use his 2011 SoTU speech to remind Democrats and liberals and other such people who worked super hard to elect him that he's actually a very Reagan-y character! Not as Reagan-y as Ronald Reagan, because Ronald Reagan was a really mean, stupid fraud and Barack Obama is actually semi-intelligent underneath all that catering to the non-existent center, but still very "centrist."

Either the Los Angeles Times or the New York Times reports tonight:

President Obama plans to use his State of the Union speech Tuesday to articulate a centrist vision that will shape the remaining two years of his term and provide a template for his reelection campaign.

Obama has been moving steadily to the political center since his midterm election drubbing two months ago, agreeing to extend tax cuts for the richest Americans, calling for business-friendly regulations and attempting to repair his relationship with the business community.

President Obama will outline an agenda for “winning the future” in his State of the Union address on Tuesday night, striking a theme of national unity and renewal as he stresses the need for government spending in key areas and an attack on the budget deficit.

Mr. Obama previewed the themes in a video e-mailed Saturday evening to supporters who had helped in his election campaign. But the video made plain that his speech would be geared more broadly toward the political center, to independent voters and business owners and executives alienated by the expansion of government and the partisan legislative fights of the past two years.

Oh gosh we wonder what part "alienated" them the most. Was it the billion dollar bailouts? The appointment of their caretakers to the highest positions in federal government and finance? The insane expansion of the Afghanistan Occupation and the "spending as much as ever" Iraq Occupation? Who didn't get their little scrotums sucked gently enough by Obama?