Obama To Ask Republicans' Permission To Bomb Ay-rabs, They Will Surely Love Him Now 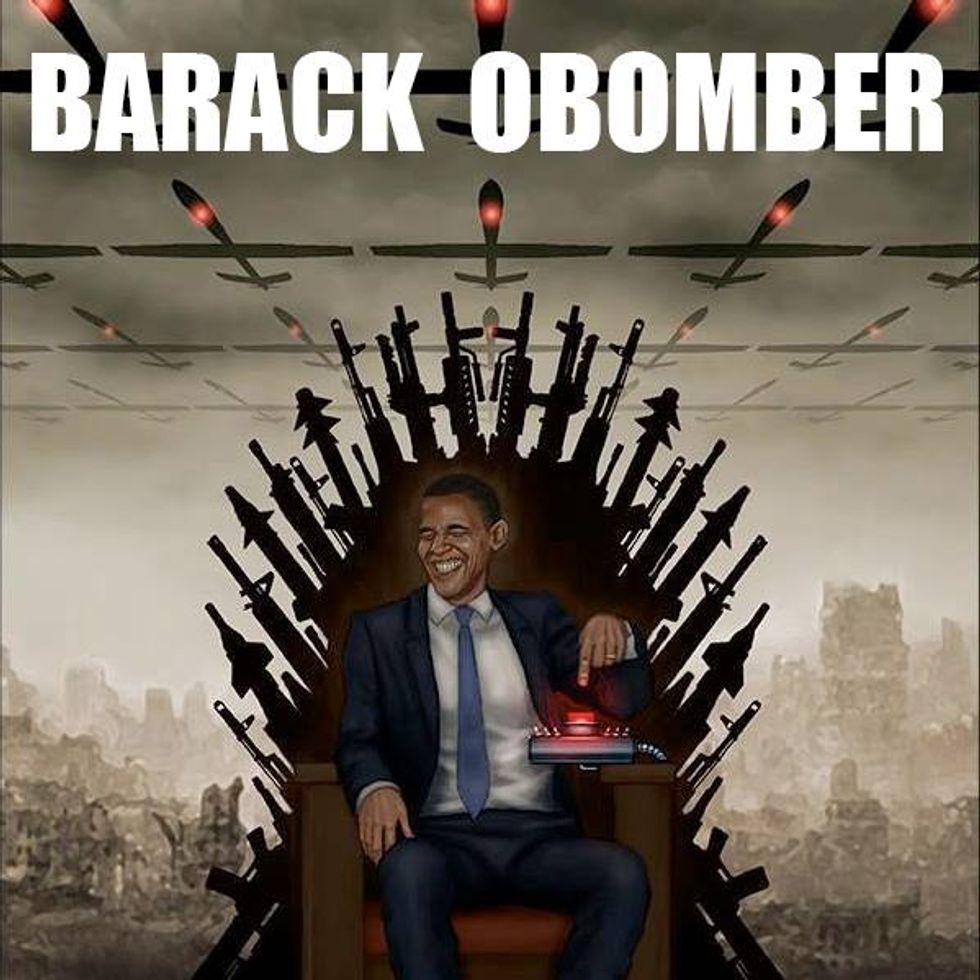 Perhaps you recall that for the last year or so, ever since those child-murdering dickbags who go by the name the Islamic State started making a nuisance of themselves in the Middle East — and we started bombing them, because America — various members of Congress have been demanding (demanding!) that the president ask them to grant him an Authorization for the Use of Military Force, basically a permission slip to do what he’s already doing anyway.

And the president was like nah, no thanks, guys, those AUMFs you passed after 9/11 have me covered, even though they were about Al Qaeda and Iraq and not ISIS, but eh whatever, amiright? This made Congress very upset. It was not that they were against bombing ISIS — oh God no, don’t be silly — just that they are Very Serious People who want to have Very Serious Policy Conversations about Very Important Issues Facing the American People. This view spanned ideological lines, from hippie-dippy peaceniks who fret about separation of powers and “the scope and duration” of military activities, pshaw, to the Great American Heroes who’ve never met a bomb they didn’t love or a war they wouldn’t send your kids to die in.

Well, Obama’s about to give them what they want.

The White House will ask Congress by Wednesday for new authority to use force against Islamic State fighters, congressional aides said on Monday, paving the way for lawmakers' first vote on the scope of a campaign that is already six months old.

Democracy at its finest. The only thing still up in the air, it seems, is whether the AUMF will ask permission for ground troops. You will no doubt be shocked to learn that Republicans want that answer to be yes.

Nancy Pelosi, leader of the House of Representatives' Democrats, told reporters last week the White House would seek an authorization that would last three years. She said there had not yet been decisions about the geographic scope of an authorization or what limits would be placed on combat troops — "boots on the ground."

That issue is expected to be a major sticking point in debate. Many Democrats want to bar sending in U.S. combat forces, but several Republicans have insisted it would be inappropriate to limit military commanders.

A third invasion in the Middle East this century. Nothing could go wrong there, could it?

Anyway, Obama acceding to Congress’ demands to be able to spend the next several weeks preening about how the president isn’t really serious about combating terrorism will assuredly herald a new era of comity and cooperation between the two branches of government, and everything will be wonderful forever, the end.