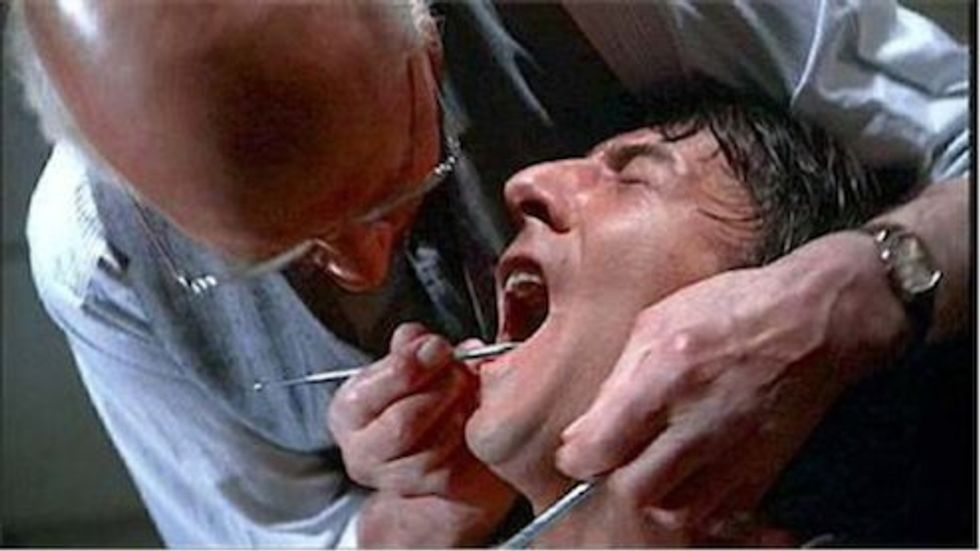 Last year, Barack Obama began his unending quest to ram Florida's tender throat with an openly gay black judge, but Marco Rubio intervened and saved all of Florida, hallelujah Jesus be praised, because if one of the Senators from the nominee's state doesn't like him, that's a nomination killer. Rubio blocked state court judge William Thomas but definitely not because he was gay you guys. It was totally because of how he was all lenient in a couple criminal cases except for the part where the prosecutor supported his sentence in one case and everyone was ultimately convicted anyway in the other one. Eventually, even though the backlog of cases in federal courts is fucking absurd, Bamz withdrew Thomas's nomination. Hooray! The scourge of teh ghey would torment Florida no more and the people rejoiced and were glad for a brief and shining moment until Obama nominated yet another homosexxican blah person to judge Florida.

President Obama nominated Judge Darrin Gayles, an out gay black state court judge, to serve as a judge on the same federal trial court where another out gay black judge’s nomination was blocked by Sen. Marco Rubio.

Gayles, who was endorsed by the Gay & Lesbian Victory Fund in his last election in 2012, was nominated Wednesday to the U.S. District Court for the Southern District of Florida.

Will Obama stop at nothing? This man was literally endorsed by homosexuals! That is a distressing amount of homosexual all up in here. How will Marco Rubio have time to protect the esophaguses of Floridians from this man when he also has to get really fucking drunk at Christmas time and maintain nuclear fusion levels of white hot rage at Obama for touching a Castro.

Probably the best thing Rubio can hope for is that there must be a vanishingly small number of people who are gay, black, and already a state court judge, so maybe Rubio can let his guard down some time soon.