Obama: Yeah, I Actually DID Save The Economy, You're Welcome 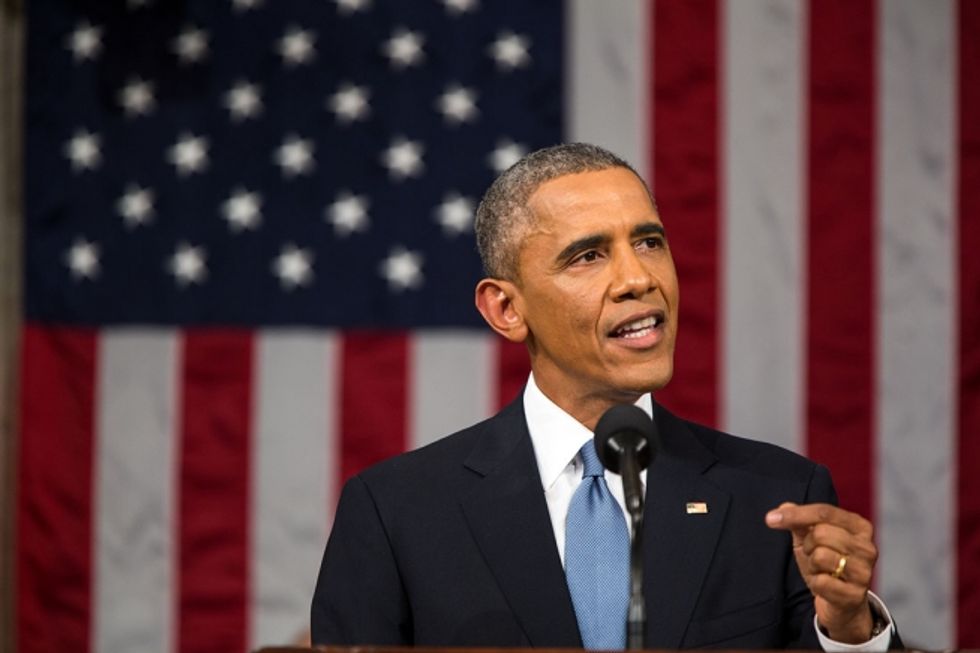 That President Obama thinks he is so great just because he happened to have tyrannically imposed a few fixes here and there that helped America's economy avoid collapsing on itself when he illegally usurped the Oval Office by being democratically elected to it. And now he's on this not-so-humble ego trip tour, trying to convince us that unemployment rates are down (true), job growth is up (also true), and the Affordable Care Act is making health care cheaper and more accessible for millions of people, plus saving the government money, like that's even a good thing (because it is). So the House Republicans' new budget proposal introduced this week to undo all of that is not such a good idea, actually:

Obama said the programs in the GOP’s crosshairs have helped jump-start the economy, and took credit for signs that the economy is recovering.

“I’m going to take a little credit,” Obama said during a speech to the City Club of Cleveland. [...]

Obama noted that there have been more than 60 straight months of private-sector job growth with over 12 million jobs created, and that unemployment has fallen to 5.5 percent.

Meanwhile, the president said the House GOP’s budget “doubled down on trickle down" by proposing tax breaks for the wealthy, partially privatizing Medicare and eliminating the Affordable Care Act.

The GOP's new budget proposal contains all the typical goodies they are quite sure will work eventually if we just give them enough time. Slash government spending on everything, except the military, obviously, because war is awesome; deregulate Wall Street and give tax cuts to the rich, because those poor guys have been oppressed enough already; repeal Obamacare because ugh, Obamacare; and stop worrying about climate change, because that's all just a bunch of hooey anyway.

But noooo, the president refuses to listen to Republican logic and instead is looking at "numbers" and "facts" and claiming that the country's economic recovery under his administration is somehow good for America. Like he even has anything to do with it.

“Sadly this is just the latest example of President Obama putting campaign-style events and partisan politics above governing,” Boehner spokesman Cory Fritz said in a statement. “And it’s all a ruse designed to distract from the president’s own problems.”

A spokesman for Senate Majority Leader Mitch McConnell had a very similar response (total coincidence, probably), saying, "Imagine what could get done. You have to wonder when he is going to get off the campaign trail and start trying to get things done?"

Apparently, all the things the president has gotten done don't count, so he ought to get off the campaign trail, sheesh, and let Republicans lead already. They've got that new budget to save America, after all, and a plan to get rid of Obamacare and replace it with something even better:

Well, maybe they don't have an actual plan just yet, but they're working on it. Perhaps if they spent less time criticizing Obama's successes and more time focusing on their own problems and trying to get things done, they might have one ... eventually.