Obamacare-Hatin' Sheriff Wants You To Pay His Medical Bills For Him, Because He Ain't Got No Obamacare 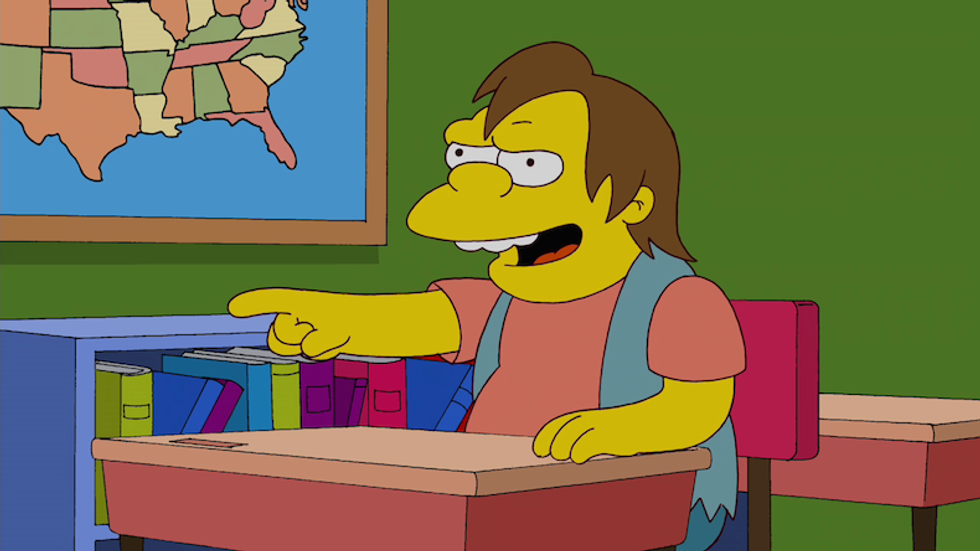 Former Arizona sheriff Richard Mack is the man who proposed using women as human shields at the Bundy Ranch last year. As you might expect, he's an older "gentleman," and he does not care for Obummercare. Pity that, since both he and his wife are recovering from serious illnesses, and they're learning firsthand just how painful medically induced bankruptcy can be. Unfortunately, Sheriff Mack's principles simply will not allow him to save tons of money and also maybe his own life and that of his wife by enrolling in an ACA-approved plan. So, like any self-reliant rugged individualist, he is begging people to give him money. Talking Points Memo tells us more.

The former sheriff and his wife do not have health insurance and started a GoFundMe campaign to solicit donations from family and friends to cover the costs of their medical care.

"Because they are self-employed, they have no medical insurance and are in desperate need of our assistance," reads a note on Mack's personal website. [...] "It is difficult and humbling to say that we need your help, but we do."

Gee, we know some people who are self-employed, and thus couldn't buy insurance for love or money. Then this weird thing happened: the United States Congress passed a bill mandating that insurance companies had to sell insurance to all comers, even self-employed ones, even if they had pre-existing conditions, and the president signed it into law! Huh.

Here, we can see the sinister genius of the Affordable Care Act at work. The Dusky-Hued Kenyan Usurper won't even need to death-panel Sheriff Mack and his wife, since he's already death-paneled their willingness to work. However, it's not clear why Sheriff Mack can't just suck it up and go find a job while he's recovering from a heart attack — Yr Wonket was under the impression that hardworking Real Americans like Sheriff Mack could handle their health insurance just fine without the help of jack-booted bureau-thugs from Washington.

Gosh, if only there were a law that gave subsidies to people like Sheriff and Mrs. Mack, so they could buy health insurance from a private-sector insurer and thus protect both their physical health and their precious f*cking principles...

Oh wait! That law does exist, and it is called Obamacare, and if Sheriff Mack could summon the testicular fortitude to climb down from his high horse, it might actually, literally save his life. Still, we wish Sheriff Mack luck with crowdfunding his medical treatments, because if Tea Partiers actually believe the things they say, it might be difficult to elicit their sympathies.

What do you think, Wonketeers? Will Tea Partiers step up and prove that charity starts at home? Or will they go Full Drago on Sheriff and Mrs. Mack in an attempt to teach them a valuable (read: fatal) lesson about Personal Responsibility? It is Yr Wonket's sincere hope that both Macks make swift and speedy recoveries. It is also our sincere hope that these old, cranky people will change their minds, admit they were wrong, and live a more empathetic life.

We are not holding our breath on that one, because have you ever met an old person who lives in Arizona? Still, we encourage you to kill Sheriff Mack with kindness: here's a link to his GoFundMe page. Drop him $5 and a note reminding him what a shithead he's been regarding access to affordable health care.