Obamacare Victim Standing By Her Astroturf Men In War Against Affordable Insurance, Facts 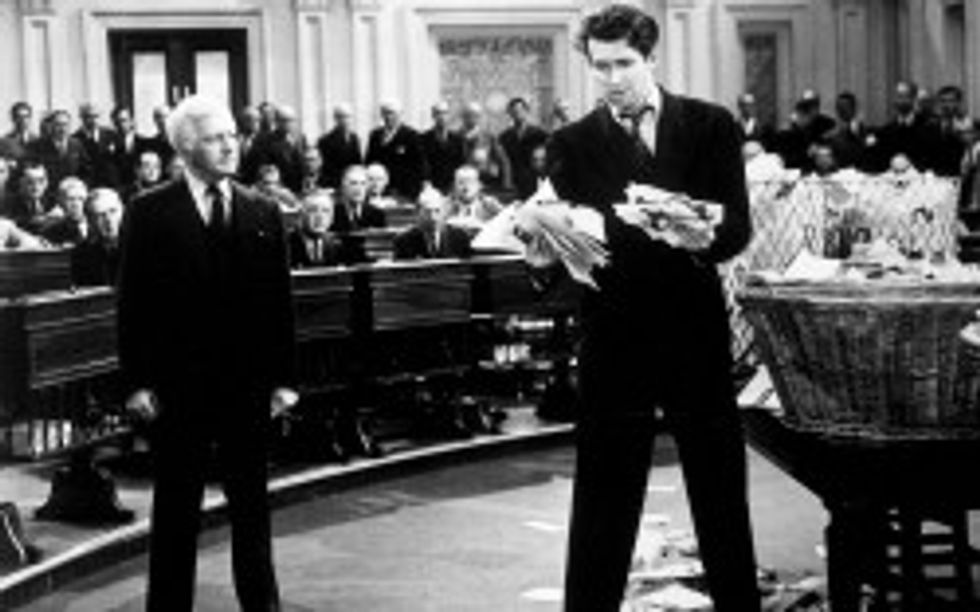 Remember that Michigan lady with leukemia, Julie Boonstra, who couldn't afford her Obamacare insurance because it cost $500 less per month than her old plan that Obama personally death paneled? The one in the Americans for Prosperity ad? The one that Harry Reid spit on when she returned home from Vietnam?

Well, you probably thought that after the Washington Post's Glenn Kessler found her story to be somewhat reality-challenged, that she was licked. Well, she's NOT licked, and she's going to stay right here and fight for this lost cause, even if teh Internetz gets filled with lies like these here not-lies.

Boonstra is continuing to stick it to The Man, with a NEW AFP video that Fights Back against the Chicago-style thug tactics of Rep. Gary Peters, who is running for Senate in Michigan in the little spare time he has left over from breaking the kneecaps of local TV station owners. This hard-hitting (Oscar bait?) film shows a lone, brave woman, attended only by an entourage of paid lobbyists with professional video equipment, marching right up to the door of Peters' lair and leaving a letter shoved in the door handle. BOOM! Ya burnt, yo!

Boonstra then vows not to be silenced, which we would be a little more worried about if "silenced" didn't mean "discouraged from running provably false political ads on broadcast teevee." Mainly, we had questions, like why didn't she call ahead to see if Peters was home, or just e-mail him like a normal person? Or buy a stamp, for crissake; the Postal Service is BEGGING you.

What Boonstra is doing here is often described using a blackjack term, which we eschew because it is terrible, and anyway we do not gamble because we had a high SAT math score. Her handlers are still clinging to the argument that, yeah, sure, her new Obamacare policy allows her to keep her doctor and costs 48 percent less per month, but, but, but her maximum out-of-pocket is, like, a CRAZY $6,350 per year, and who can budget for unexpected medical expenses? I mean, you'd need some weird trick like a tax-free health savings account or something, and who wants THAT sort of big-government interference with the free market?

We owe a big debt of gratitude to our  new favorite classification of wingnut blogger, the Conservadactyl canadiensis, for alerting us to "Julie Boonstra Goes To A Front Porch." It takes a special kind of person to live in Canada and conclude that Socializms Ruins Everything, and we look forward to many more scintillating insights from the Canada Free Press.