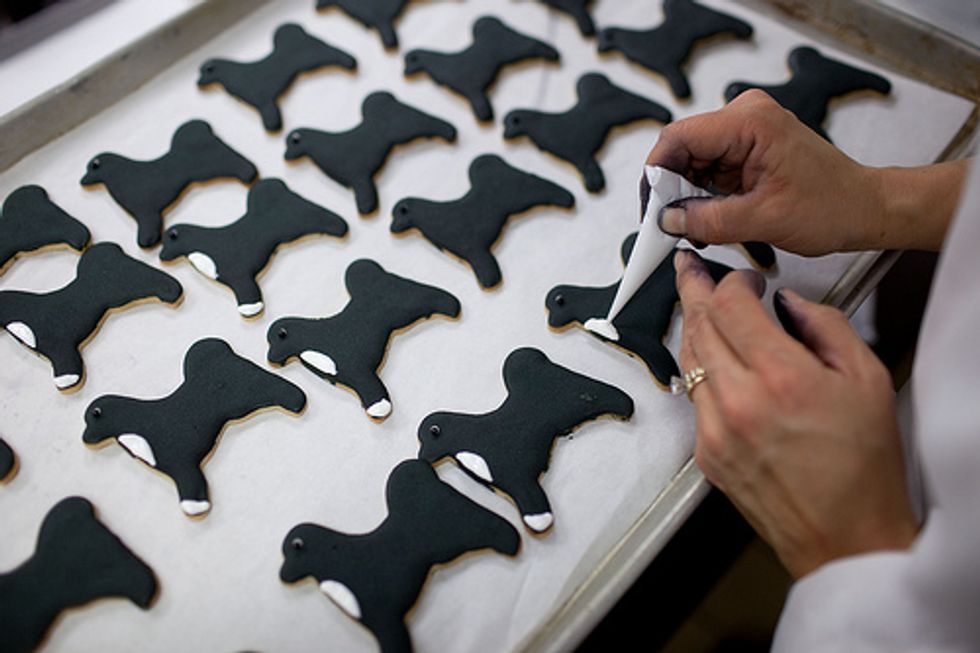 Thanks to Jackie Kennedy being hott that one time she lived there, the White House is supposed to be a place of well-decorated holiday majesty at this time of year. But the Obamas are ruining it by hanging out with singing asthmatic white college guys and forcing everyone around to worship their horrifyingly faceless dog, according to photos released by Pete Souza today.

"Yes, a capella group, I would love to hear about the lobsters on your sexy very-adult canvas belt or the time your day-school quiz bowl team won the New Jersey state high-school championship, but I have to go..."

"...get blown up by these frightened children who have bombs under their giant winter hats."

The Bo is pleased with your offerings and shrines. Worship him.

This is how you take communion in the White House dog cult.

These children were lepers.