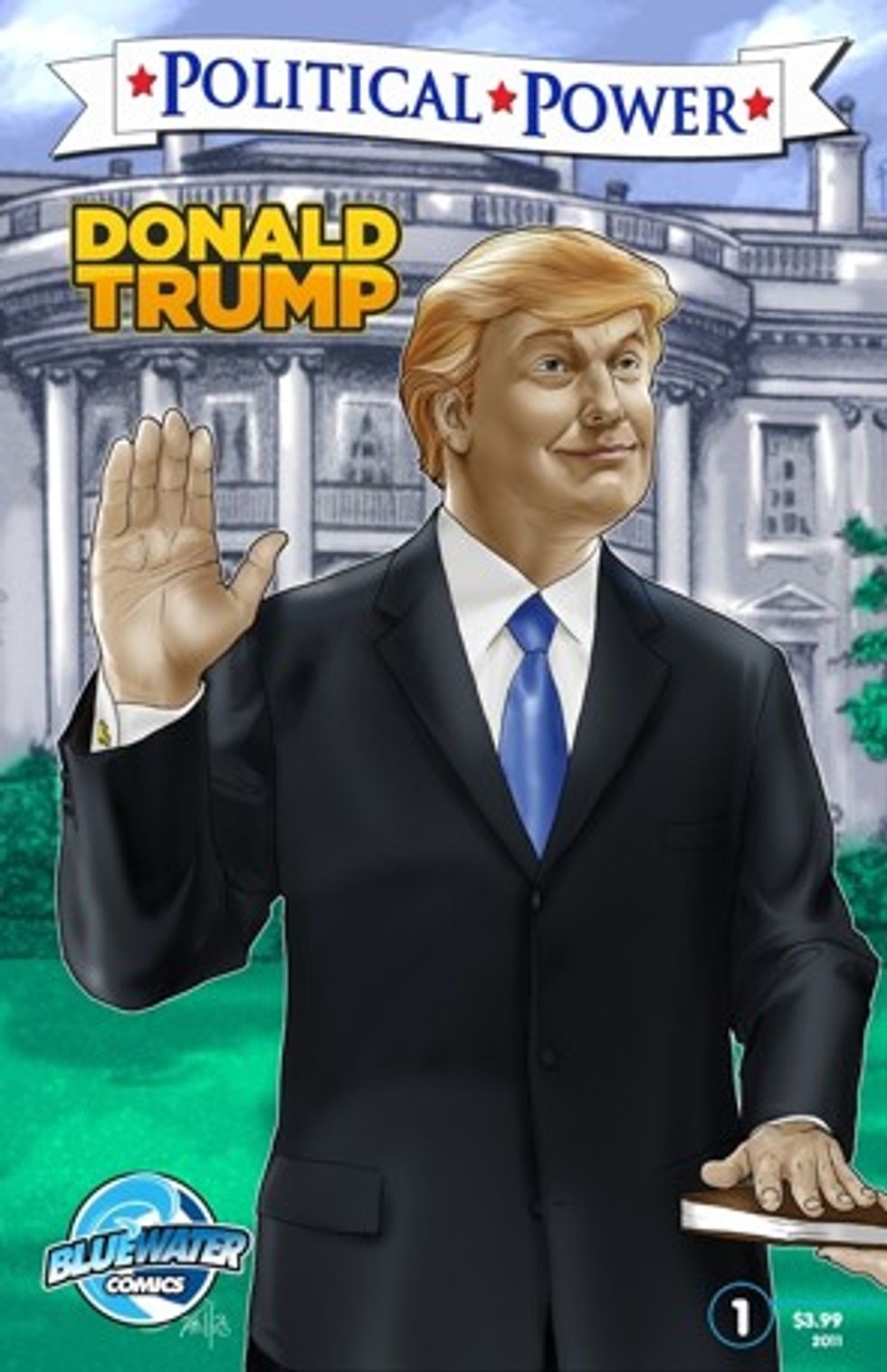 Ladies and gentlemen, boys and girls, puppies and kittens: we are a mere twenty minutes away from Donald Trump changing everything by revealing something incredibly stupid and probably racist about Barack Obama.

He will be doing this via Facebook and Twitter, so we, of course, are going to liveblog whatever Donald Trump is releasing in character-limited fashion. This could potentially change the election! Or get Donald Trump another ten minutes of TV time on Fox & Friends tomorrow.

What do you think the surprise is? We will keep you updated with up-to-the-second baseless speculation on when Donald Trump with reserve his place in Hell, which within ten years will have a shoddily built Trump hotel in it.

11:46 AM - Will Donald Trump's big announcement be a tweet that leads to his Facebook page? Will it be a Facebook link to a series of Tweets? NOBODY FUCKING KNOWS.

11:48 AM - Early indications are that Obama may be giving up on several swing states, including Indiana, South Carolina and Arizona, in anticipation of Trump announcement.

11:49 AM - Whatever this is, please don't let it ruin the Choom Gang. I love those wacky kids.

11:51 AM - God's rape candidate Dick Mourdock is holding a press conference right now. He said determining whether God loves rape is "above his pay grade."

11:53 AM - Which third-party candidate are you going to support after Donald Trump destroys Obama's political career? I'm thinking Jill Stein.

11:58 AM - Two minutes. Tell your Obamatard friends you love them.

12:02 PM - The Trump announcement is that...he will give $5 million to a charity of Obama's choice if Obama releases his college transcripts and passport applications. What the fuck, Trump? HOW COULD YOU CHANGE THE GAME SO HARD?