Oh Hey, Paul Rudd Was One Of The Dallas Airport Homophobe Heroes (No He Wasn't) 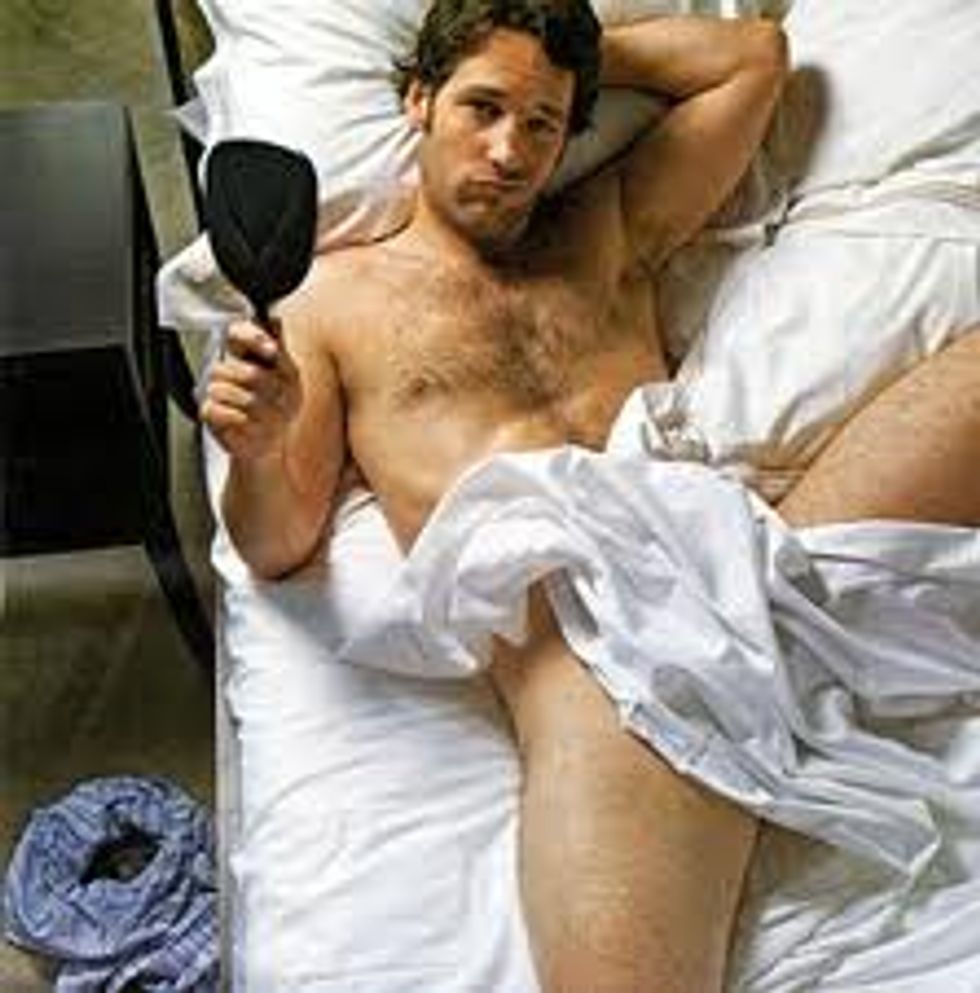 Updated and totally recanted below! WONKET EXCLUSIVE MUST CREDIT WONKetTE! So you all saw the video, today or alllll the way back on Saturday, of a bunch of Dallas airport heroes tackling the fuck out of that violent homophobe guy. But you DID NOT know one of the heroes was Paul Rudd, because you are not Internet sleuth Sara Benincasa.

This is even better than the time Ryan Gosling Hey Girled Laurie Penny from getting hit by a lorrie!

Well, that is proof enough for us!

So here is a thing, about this, for blogging. When we saw the video alllll the way back on Saturday, we said, "that is nice when men choose to be manly by physically -- and at risk to themselves -- keeping the peace. But we are guessing everyone here is bored and also on the lookout for troublemakers and terrorists. Call us when they stop a gaybashing in front of the Crowing Cock." But we did not say it out loud.

Well! Now that Paul Rudd is involved -- which we know thanks to Sara Benincasa and also this dude @msigs -- we are going to guess that FUCK YEAH they would have stopped that nonsense in the streets too, because we give Paul Rudd more credit than random Dallas cowboys, because we are regionist and also classist and probably racist too, the end.

Go ahead! Go back to about a minute twenty and watch Paul Rudd full-on tackle the asshole!

Good job everybody! Keep calm and keep the nutpunchers down!

UPDATE AND RECANTATION! Paul Rudd's publicist has apparently told The Hollywood Reporter that nuh uh. Stupid publicist. Which kind of makes us wish we'd hedged at least a little -- like a Fox News question mark in the title -- but we did not. I will blame "pregnancy brain" for every dumb thing I do for the next seven months. But at least we didn't say he had WMDs.

Anyway, that publicist is probably lying.