Oh Hi Julian Assange, What Are Your 'Other Channels' For Snuggling With Sean Hannity? 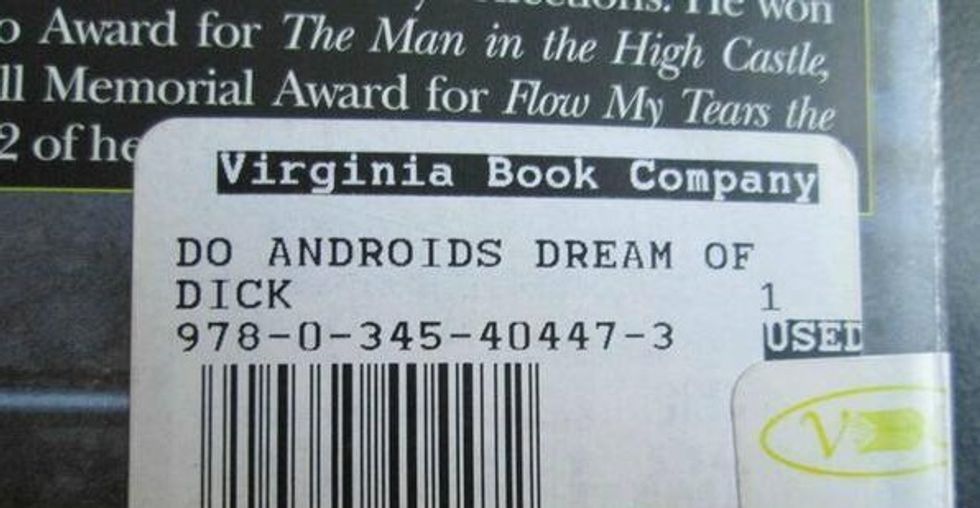 After Sean Hannity's Twitter account mysteriously vanished for a few hours of blessed silence during the weekend, lots of Hannity fans were certain the Deep State had deep-sixed the Fox News conspiracy hoser because he was getting too close to the truth! Most people assumed it was a glitch, and Twitter eventually said Hannity's account had been “briefly compromised” Friday before it was restored. Almost immediately after the account went down, a whole bunch of fake Hannity accounts popped up, most of which got banhammered right quick. But one, @SeanHannity__, with two underscores and a bio cryptically proclaiming “(Above not affiliated with) New Account!”, sounded enough like real Hannity that a lot of Hannity fans started following it, even though it too was the work of a fakey-fake-faker.

And yes, one of those new followers was the Twitter account of Julian Assange, who replied to a direct message sent by the fake account's creator, Dell Gilliam, then proceeded to chat with her about sharing some dirt on a top Democrat. Ms. Gilliam told the Daily Beast all about her adventures down the electric rabbit hole, and says when she first saw she'd heard from the fugitive sweat-stank smuggler and head of Wikileaks, she "kind of panicked."

“I felt bad. He really thought he was talking to Sean Hannity,” said Gilliam.

Gilliam didn't quite panic to the point that she gave up her online disguise, because wow, what would Real Julian Assange want to talk to "Sean Hannity" about? Hannity has been talking for weeks about some huge scandal he's about to reveal that will rock America to its core, so maybe Assange was about to hand over the conclusive proof that Hillary Clinton and Barack Obama did 9/11 while smoking crack and performing an abortion on bin Laden's underage mistress? Instead, he claimed to have "some news about Warner" -- that is, Virginia Senator Mark Warner, the ranking member of the Senate Intelligence Committee.

Gilliam, who doesn't really watch Hannity but had picked up a fair approximation of his online voice by copying other fake Hannity twitter accounts, jumped right into her role as the crusading conspiracy jerkwad (we've merged two screenshots from Daily Beast here to save space):

Unfortunately, since Gilliam didn't know what those "other channels" were, she never got the dirt on Warner. And the real news we learned from the whole thing isn't just that Julian Assange was (partly) fooled by some rando on the Twitters, but that he and Sean Hannity have "other channels" to talk about top-secret wingnut spy stuff. That puts a new spin on, among other things, Hannity's fixation on the death of DNC staffer Seth Rich, since like Hannity, Assange has also hinted -- with no evidence at all -- that Rich was killed by the Clinton cabal as revenge for being the REAL source of the DNC emails that turned up on Wikileaks.

So what were the "other channels" that Assange clearly stated Sean Hannity already had the treasure map to? Passenger pigeons? Tinder? Going into "shady email" and composing letters back and forth in the drafts section, like Paul Manafort used to do with his Instagram mistress? Aluminum-piercing brainwaves from a shark with laser beams? We would most sincerely like to know.

And then the murders began. Or at least the replies from Assange fans who figured Gilliam's story had to be fake, because no way would the great smelly embassy squatter be so easily duped:

It's just like something from a from a Philip K. Dick novel, or at least a novel by some Dick or other. Or maybe it's more like Vonnegut's warning in Mother Night: "We are who we pretend to be, so we must be careful who we pretend to be." Either way, we can hardly wait for the movie adaptation.

Yr Wonkette is supported by reader donations. Please click here to send us money. Even if you're not really you!