Oh Look, Not-Joe The Not-Plumber Hasn't Vanished Up His Own A**hole Yet 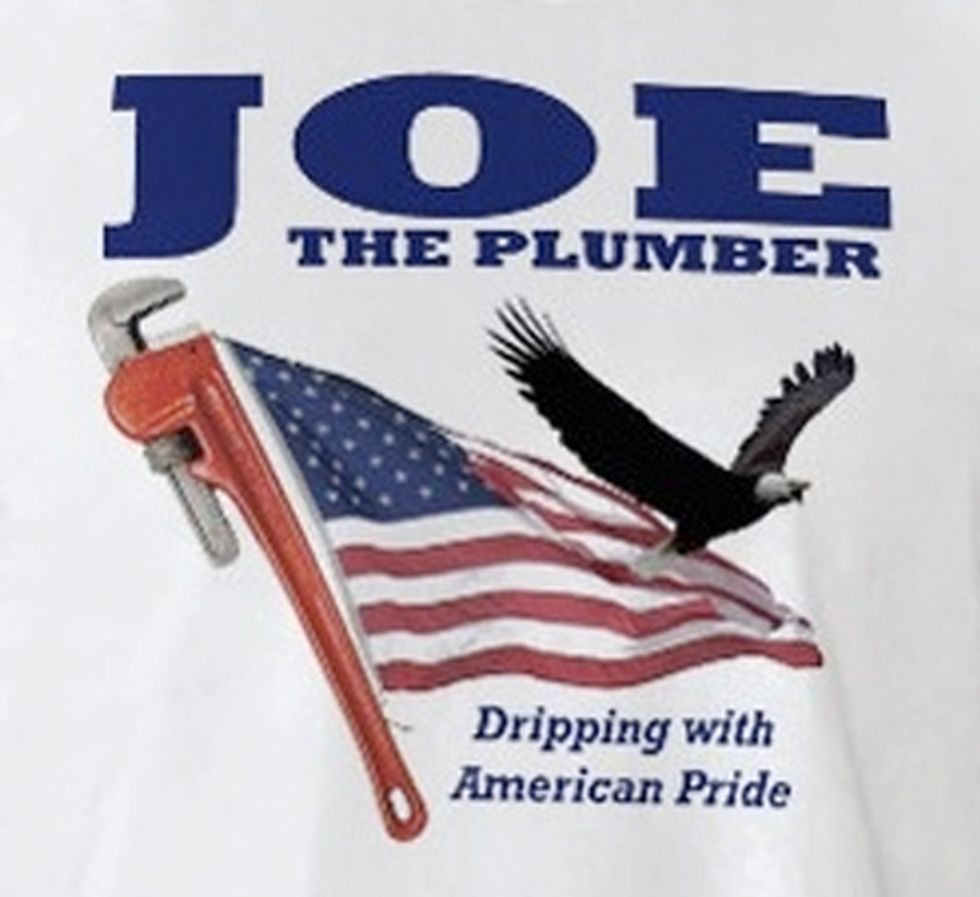 Sadly, no longer available for sale

Remember that "Joe" the "Plumber" guy who was briefly a rightwing hero because, like Chauncey Gardiner, he was a simple man who spoke simple truths (Obama's a SOCIALIST and TAXES WILL CRUSH MY DREAMS)? Turns out that once you get on the wingnut gravy train, you're free to say any damn thing you want, and people will listen, even if your 15 minutes were up in 2008. Samuel Wurzelbacher, who failed to turn his moment of fame into either a punditry career or a seat in Congress, is still kicking around the internet, reduced now to posting incoherent Facebook messages blaming Barack Obama for a dozen black people behaving badly at an amusement park and explaining why a construction crane collapsed in Mecca.

Dammit, Obama, where were you?

Actually, we guess he must get some kind of advertising revenue for his dumb blog, since the names on the posts aren't all "Joe the Plumber." Someone pays for this shit?

So anyway, if you're a person who reads the Lamestream Media, you might think it's a terrible thing that a construction crane collapsed during a storm Friday at the Grand Mosque in Mecca, killing 107 people and injuring 287. Ah, but Friday was 9/11, so OBVIOUSLY it was payback by an Angry God:

Yes, Karma is a very Christian concept. Or is it Muslim? One of those.

It's good to see that, in the Clash of Civilizations, the advanced, educated Christian West is defeating superstitious bloodthirsty Islam, which is obsessed with religiously motivated murder of civilians.

[RightWingWatch / Top image from Overthinking It / "Joe the Plumber" on Facebook]