Oh Look Who Wants the Government's Help Now (Hint: It Is Bobby Jindal) 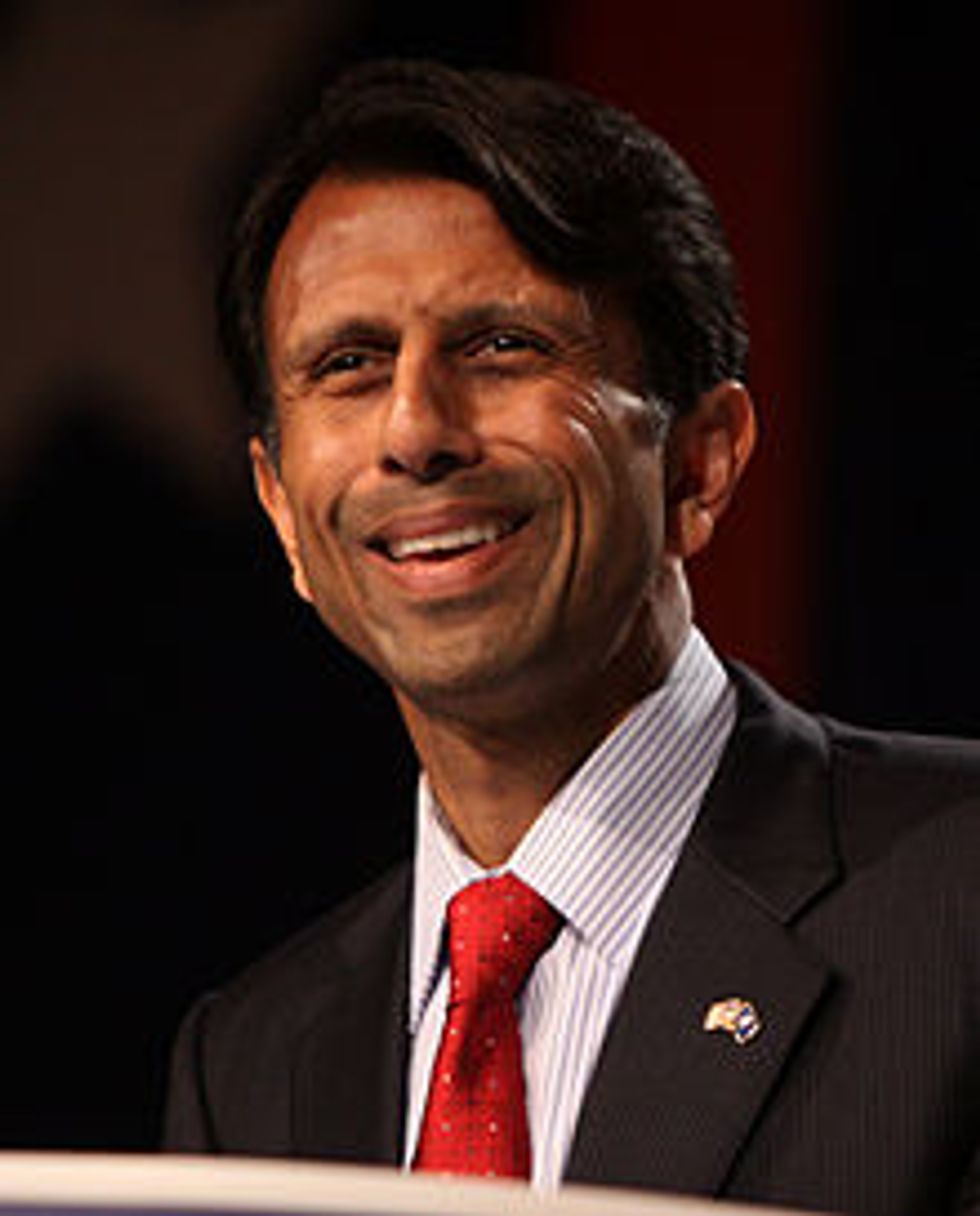 Why HELLO Gov. Bobby Jindal (R-Hypocrisy), how is it going down there with that big storm barreling through your state and all? Battening down the hatches and whatnot? Letting the American People provide for themselves withoutsuckling from the government's teat, because of Liberty and all that? No, of course not! Bobby Jindal is UPSET seeing as how the government has not given him enough help, and by help, he means that the government is not spending enough money. No, not the “bad” kind of money that comes from when the federal government spends money to make health care affordable or educate children; this is the “good” kind of spending money that helps protect property and lives (unless the lives are in peril from lack of access to health care, in which case, see what we said about “bad” money above).

Louisiana Gov. Bobby Jindal (R) on Monday sent a letter to President Obama saying the federal government was not doing enough to help Louisiana cover the expenses it’s taking on in preparation for Tropical Storm Isaac.

“Unfortunately, your limited declaration does not provide for reimbursement of expenses that the state is taking to prepare for the storm,” Jindal said in his letter.

…The action by Obama makes federal funding to the state available immediately, but Jindal said it “only provides for direct federal assistance” and doesn’t “provide for reimbursement of expenses that the state is taking to prepare for the storm … A core responsibility of the federal government is to protect the lives and property of its citizens when threatened,” Jindal concludes in the letter. “This disaster declaration will help ensure that we best protect life and property in our state.”

Life and property -- so VERY important, and so worthy of government spending, unless that property is threatened from a volcano.