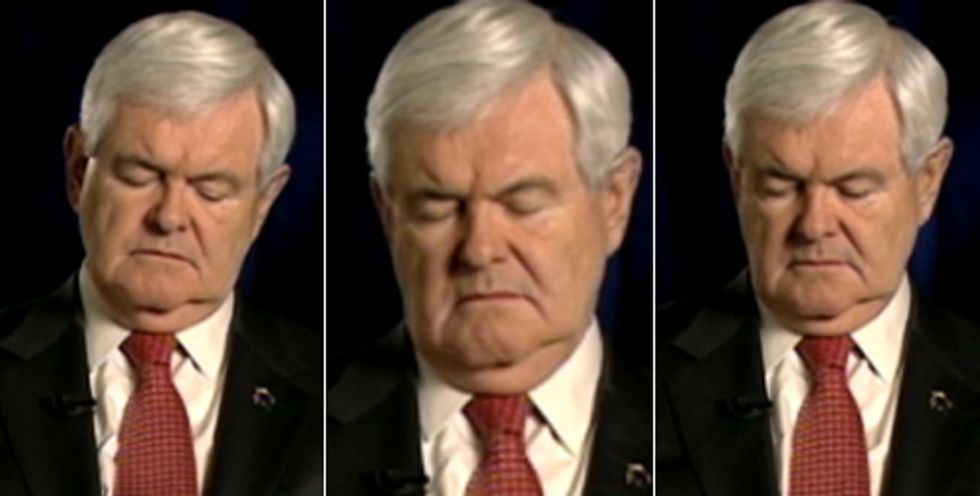 Just kidding, no he hasn't. The Internet merely ran one of its "Newt Gingrich will suspend his campaign any day now" stories that it has run once every other week since February. Even these were starting to dwindle due to a pressing lack of media interest, so a Newt spokesman had to go and swear oaths before the reporters that it really will be happening within a week or so, just as soon as America has had an appropriate amount of days to grieve and put in their request slips for time off to hear his triumphant near-victory speech. Then, yes, then.

Newt Gingrich is expected to suspend his presidential campaign within the next week and endorse former Massachusetts governor Mitt Romney, a spokesman said.

Gingrich spokesman R.C. Hammond said that Romney called the former House speaker this morning to say he would welcome his endorsement, should Gingrich choose to end his campaign.

The two campaigns are “working out the details” of the endorsement, Hammond said.

It should not really take a week to explain to Newt Gingrich the "details" of how endorsements of other politicians "work," but no one can be surprised. [WaPo]