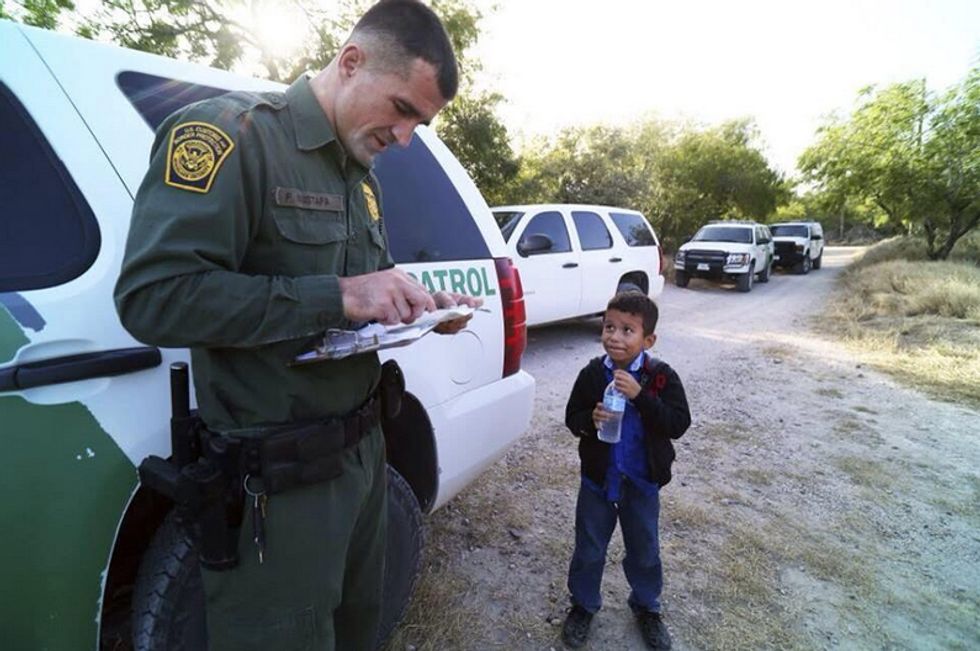 Some jerk in Ohio is having some thoughts about the border children, and those thoughts are that if any communities in Ohio might wish to feed and shelter and care for some of the tens of thousands of border children, he must save those towns and cities from themselves, by taking away any funding they might receive from the state if they offer to take in any border children. Because local governments always know best if it is ARGLE BARGLE COMMON CORE, or DERP DERP DERP BIKE PATHS ARE A TOOL OF U.N. BLACK HELICOPTERS. But local governments donot know best if they are like "oh hmmm, one value of our community is that we can find room for some eight-year-olds in a vacant K-Mart so they do not have to stay in the baby jails." Also, you will be shocked to learn that this douche, one state Rep. John Adams, does not really understand how "law" works.

Agreeing to house the children would cause a city, county or private corporation to lose all state funding under a bill likely to be introduced next week in the Ohio House.

“To me, it’s the philosophical issue of illegal,” said Rep. John Adams, R-Sidney, who will sponsor the bill. “They should be sent back to the country they originated from and go through the process of becoming a legal citizen.”

Let former attorney general Dick Thornburgh help you out here, Rep. John Adams: it is legal for the children to be housed in the least restrictive manner possible because that is "the law." And cutting off any and all local funds from the state if a city doesn't punch the lawfully elected president (in Ohio even!) in the 'nads, is what a few of your fellow travelers would call "tyranny" if it was someone else overriding local control for his own shitty agenda.