OK, So Maybe Nobody Really Bought 'Female Pleasure Machine' For Michele Bachmann. But Why Not? 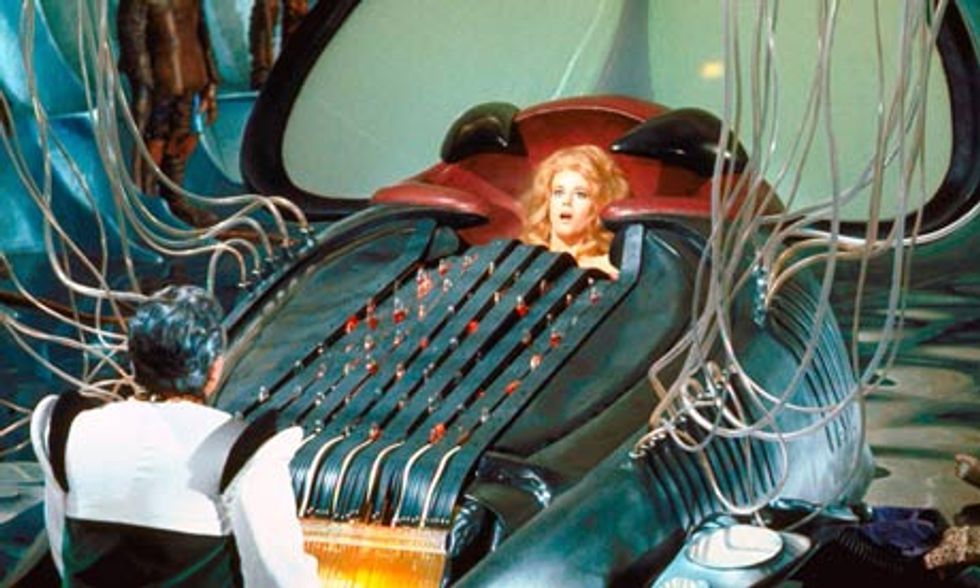 And now, a Very Important Clarification! It turns out that a story from July that suggested that a supporteraccidentally sent Michele Bachmann a sex toy instead of a scalp massager to help with her migraines is... well, Maybe Not True. Or so says one of the people close to the situation, in a sworn statement. Disappointing, we know. On the upside, the maybe-debunking at least gives us another excuse to combine "Michele Bachmann" and "Sex Toys for Ladies," so we'll always have that. And this lovely headline from the Cleveland Plain Dealer: "Sworn statement from Rex Elsass staffer refutes suggestion that firm bought 'female pleasure machine' for Michele Bachmann." We love swearing about sex toys, too.

What happened was that Buzzfeed ran a story in July about infighting and dysfunction at super-conservative Rex Elsass's rightwing Christianist media firm Strategy Group for Media, which is pulling itself apart in a flurry of squabbles and lawsuits. Buzzfeed reported on emails in which former employees of Strategy Group speculated about why Bachmann might have decided not to run for reelection. Assplain this for us, Plain Dealer:

"She's always had bad health," P.J. Wenzel wrote to two colleagues. "But with Rex sending her female pleasure machines I'm sure it pushed her over the edge!!"

Quoting an unidentified source, Buzzfeed reported that Elsass had intended to buy Bachmann a vibrating head massager to relieve a migraine. The employee, according to Buzzfeed, "accidentally purchased something that more closely resembled a sex toy."

Strategy Group and its attorney ... provided a notarized statement from employee Jorge Sosa, who said Elsass asked him last year to buy a specific head massager for the congresswoman. Elsass thought the gift might relieve Bachmann's headache.

Sosa said he bought the wrong model -- one that an online product description shows is geared more toward use on ailing backs. After discovering his mistake, Sosa said, he purchased the correct head massager and returned the wrong one to Brookstone.