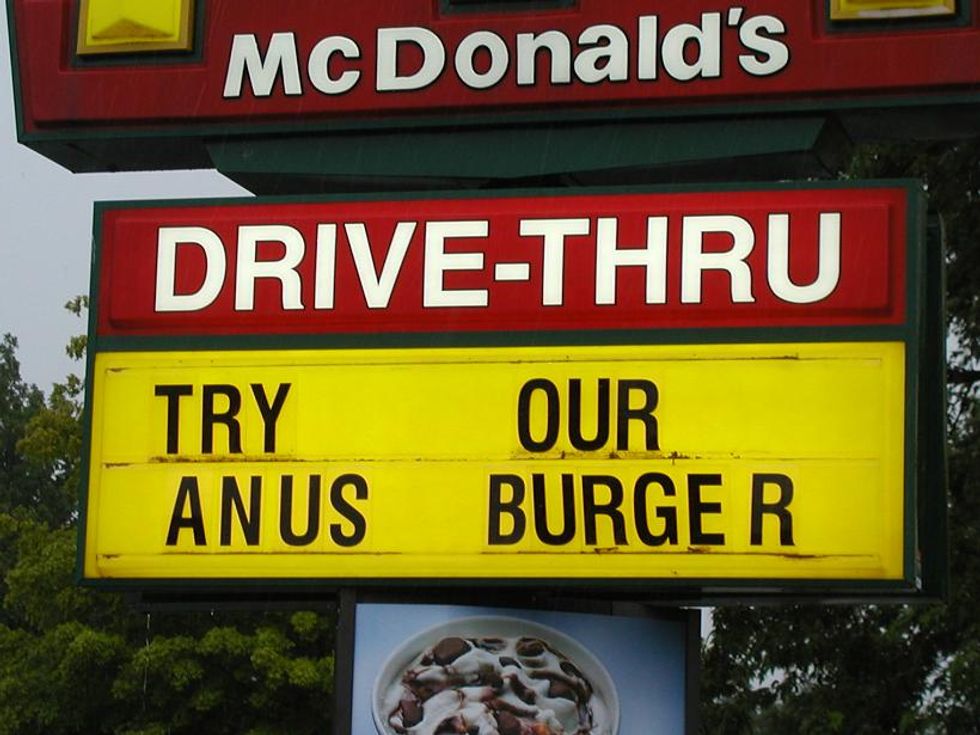 Oklahoma concresscritter Markwayne "Not a Typo" Mullin is burning up the Saying Dumb Shit At Town Halls circuit this week!Last time we saw him, he was explaining that while he agrees with birthers, they can't win, and also we need to get rid of food assistance because he saw a physically fit couple with an EBT card this one time. Next on his hit list: the minimum wage, which can't be raised by $2.25 because prices would then quadruple for everything, and this is a Science Fact:

When a constituent asked Mullin for his take on the push to raise the minimum wage to $10 an hour at an Afton, Oklahoma town hall meeting last Thursday, Mullin responded with a question of his own: “You guys wanna pay $20 for a hamburger at McDonald’s?”

“If you wanna increase it, that’s great, but what you’re gonna do is punish everybody along the way,” Mullin elaborated.

All the best slippery slopes are lubricated with beef fat!

Mullin also threw out the classic "You could raise it to $20 an hour if you want to" canard, and, in a remark that has gotten little attention, when a constituent asked Mullin if anyone in favor of raising the minimum wage has ever "actually held a job in the industry," Mullin answered, "I doubt very many of 'em have ever got poop on their boots." We'll assume he meant the cattle industry, because otherwise we don't ever want to order burgers in Oklahoma.

As ThinkProgress explains, Mullin is as full of shit as the feedlots where liberals never work:

McDonald’s signature Big Mac retails for $4.56 today. Not even the harshest opponents of the minimum wage would argue a 38 percent increase in wages would force a company to quadruple its prices.

And of course, McDonalds' still manages to make decent profits in Australia, where the minimum wage is $14.50 but a Big Mac only costs 6 cents more than in the U.S.

Still, we are looking forward to see what new pile of dumbfuck lies comes from our latest nominee for Wonkette's coveted Legislative Shitmuffin of the Year Award; at the rate he's going, Mullin could well be the new Gohmert.