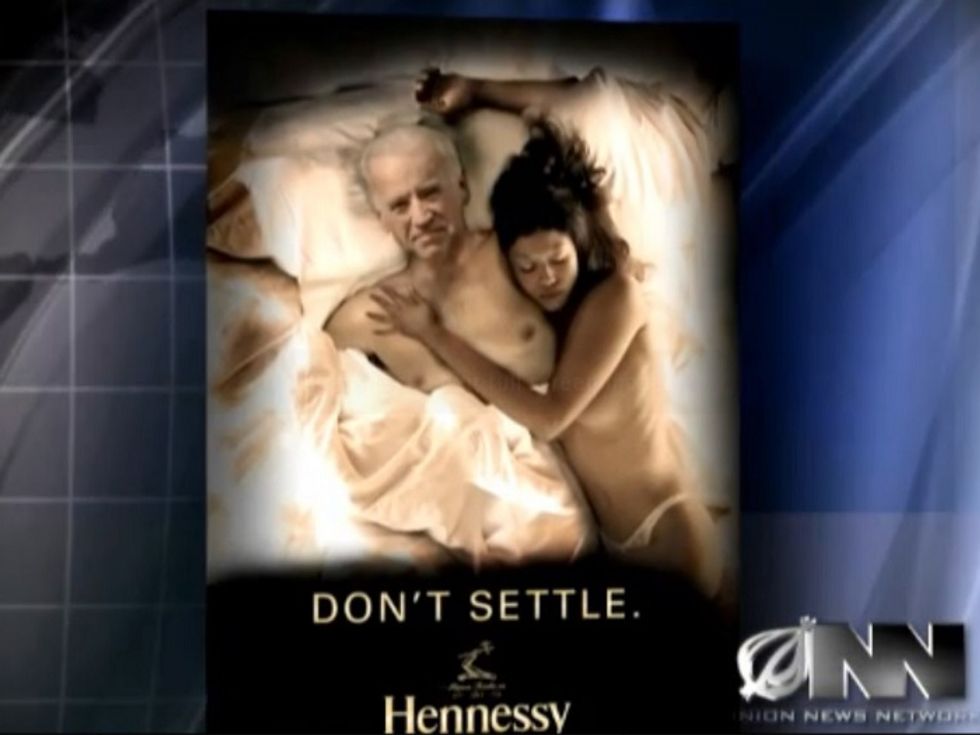 TheNew York Daily News has the scoop on a new book that uncovers (Ha! Ha!) Old Handsome Joe Biden's habit of swimming nude, just like John Quincy Adams, except not in the Potomac, so no lady reporters can sit on his clothes to get an exclusive interview. According to Wall Street Journal reporter Ronald Kessler's The First Family Detail: Secret Service Agents Reveal the Hidden Lives of the Presidents, out later this week, Secret Service agents are a bit squicked out by the Vice President's swimming attire:

“Agents say that, whether at the vice president’s residence or at his home in Delaware, Biden has a habit of swimming in his pool nude,” Kessler writes.

Unnamed agents are also quoted as saying that Biden is not very considerate of his security detail, frequently straying away from the Secret Service vehicles that carry the Veep's version of the "football" containing nuclear launch codes, which we imagine probably has some reminder of his lower status like being called "the puck" or even worse. The shuttlecock maybe? One agent supposedly warns that Biden is dangerously cavalier about staying inside his safety bubble:

Because he's allegedly such a difficult person to deal with, what with the swimming all nakey and frequent schedule changes, "being assigned to his detail is considered the second worst assignment in the Secret Service,” supposably. And the worstest assignment is claimed to be Hillary Clinton, although the Daily News didn't share why Kessler says that -- maybe it's because she keeps slipping away from her Secret Service detail to do murders.

And since it's been our own personal earworm since we saw the headline, here's a relevant R.E.M. song which can either be enhanced or ruined for you too, depending on your thoughts regarding Old Handsome Naked Joe Biden: