OMG DRUDGE SIREN Is The DNC Replacing Hillary Clinton? F*ck It Maybe Why Not 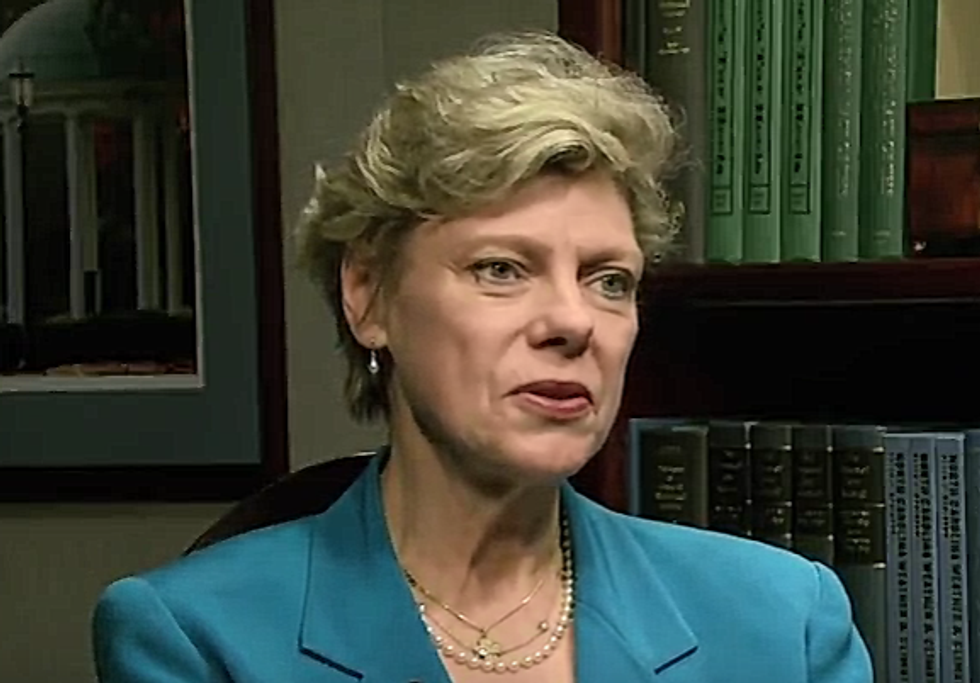 she's still got it!

YAY, we are not done talking about how it turns out Hillary Clinton has been out there campaigning while having a wee spot of pneumonia, and had to leave a 9/11 memorial event because she got overheated. There is much more to say about it! Like, for instance, this is a thing that happened on NPR on Monday morning, and it is stupid:

COKIE ROBERTS: ...[B]ack in January [Trump] started saying [Hillary Clinton] didn't have the strength and stamina to be president. And he knew at some point in the campaign schedule that she, like all candidates, would get exhausted. But the fact that it comes now, when the polls are tightening and Democrats were already saying that Hillary was the only candidate who could not beat Trump, and it's taking her off the campaign trail, canceling her trip to California today, it has [the DNC] very nervously beginning to whisper about having her step aside and finding another candidate.

DAVID GREENE: That is no small thing to say. Is that a real thing? Or is this just some nerves after a weekend of —

ROBERTS: No, I think it's unlikely to be a real thing. I'm sure it's an overreaction of an already skittish party. But, you know, they have looked at what happens in that circumstance. The Democratic National Committee chair convenes the committee, and they vote. Now ironically the candidate that everybody looks at is Joe Biden, who of course is older than Hillary Clinton, but then again so is Donald Trump, and we know nothing about his health.

GREENE: But I guess important to say, though, there is no indication — I mean, the Clinton campaign has said that she is fine and, I mean, is going to resume her schedule.

ROBERTS: Absolutely, and that is happening, we assume. But there is enough unhappiness that this kind of sotto voce stuff is going on.

Clinton says she'll be just fine -- and so does her doctor -- but you know, there are whispers and they definitely are a thing, but are they really a thing? Oh, Cokie Roberts doesn't think so, but she's just saying. What difference does it make? It's a thing that's out there and people are saying it, so pfffffft, the truth.

We have all heard of Cokie's Law, yes? A quick lesson from the great Digby, writing over a year ago as the presidential race was just beginning, if you are not aware of all internet traditions:

As we rush headlong into the first of what are sure to be many "Clinton Records Scandals" (it's a perennial) I just thought I'd remind everyone of one thing: Cokie's Law, in which she proved that truth and facts are rarely the issue when it comes to arcane Clinton scandals:

"At this point, it doesn't much matter whether [Hillary Clinton] said it or not because it's become part of the culture. I was at the beauty parlor yesterday and this was all anyone was talking about."

Once people are talking about it, it's a legitimate news story. So they publish stories that imply something or other "doesn't pass the smell test", the news media get weirdly excited about it, convey that to the people and then we're off to the races.

[wonkbar]<a href="http://wonkette.com/605279/what-is-hillary-clinton-dying-from-today"></a>[/wonkbar]And this is just like that beauty parlor, is it not? Because, you see, as the Washington Post explains, journalist David Schuster was tweeting over the weekend that he was hearing some whispering that the DNC wants to replace Hillary with somebody who isn't so unhealthy. Wonket has heard whispers about this too! They have been all over the wingnut parts of the internet for a while now, from such reputable sources as Dead Breitbart and Stupidest Man On The Internet Jim Hoft. All of this must be true!

In fact, WaPo reports that those very websites, plus Alex Jones's silly website and Drudge -- you know, all the sites you visit to learn Science Facts and stuff -- are doing whispers about secret DNC meetings RIGHT NOW! And -- for god's sake -- Cokie Roberts is talking about it on NPR.

Is Hillary Clinton actually truly very sickly and soon to be replaced as the Democratic candidate? Maybe! But oh probably not, but on the other hand people are saying and Cokie Roberts heard them saying, so she's just telling us what she heard, not that it matters, but it's out there, it's all people can talk about!