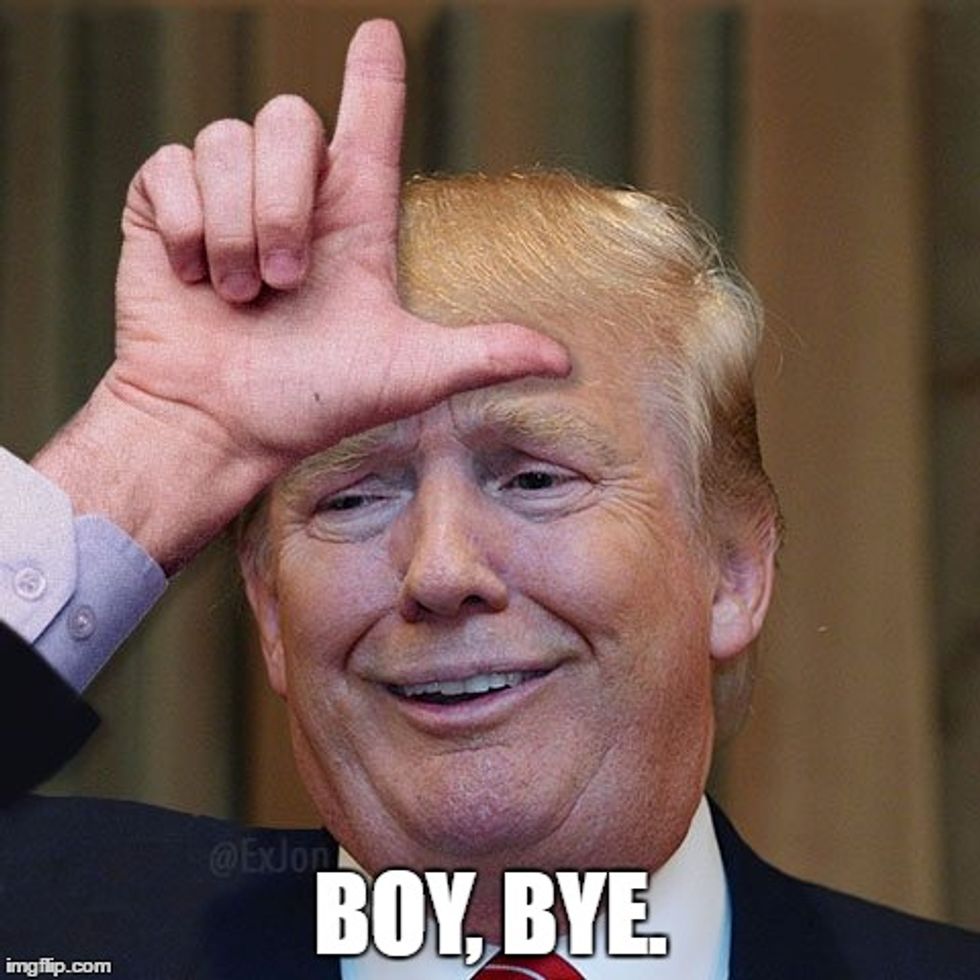 What's up, Quinnipiac poll, got somerecord low approval ratings for an incoming president, in this case one Mister Donald J. Trump? Let us copy-paste you!

American voters approve 55 - 39 percent of the job President Barack Obama is doing, his best approval rating in seven years, according to a Quinnipiac University national poll released today. These same voters disapprove 51 - 37 percent of the way Donald Trump is handling his job as president-elect.

Americans are optimistic 52 - 43 percent about the next four years with Trump as president and say 47 - 31 percent that he will help rather than hurt the nation's economy.

The measures of Trump's personal qualities all are more negative than they were in a November 22 Quinnipiac University poll:

Basically, despite being smart enough to know the incoming president is a jackass and also a shitheel, the American people are grasping onto slim reeds of hope, and begging the president-elect to pee on their legs and tell them it's raining.