Only Mitt Romney Can Stop The Grave Soviet Threat 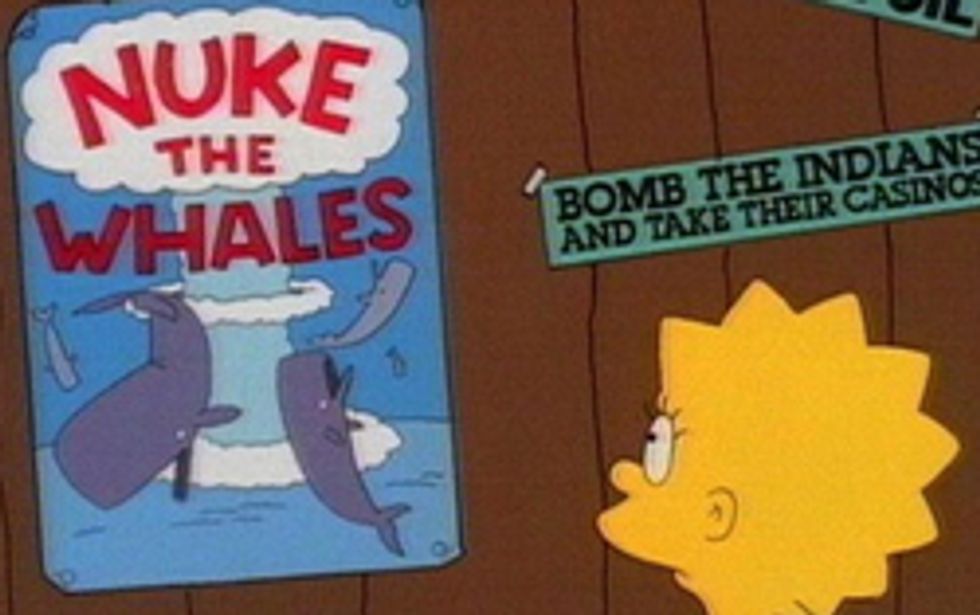 Former Reagan Navy Secretary John Lehman, a Romney surrogate, held atroubling conference call today that should terrify able-bodied, capitalist Cold Warriors everywhere: "We’re seeing the Soviets pushing into the Arctic with no response from us." Filthy conniving Reds... you can never trust that Brezhnev. One day it's detente, next day it's "castrate Santa; torch the elves." And yet Obama says nothing; mostly because it's 2012.

It is true that Russia, a country that was called the Soviet Union two decades ago, is pushing into the Arctic -- right off its northern coastline, to drill for stuff. Those godless bastards. And yet Obama won't nuke them for this? He just doesn't get it.

And did you know that the Czech Republic reverts its name to Czechoslovakia every four years, during U.S. presidential elections? Bless their hearts; they do it to make things easier for Republican presidential candidates and surrogates like Pierre Prosper, possessor of the comical top credential, "George W. Bush's Ambassador-at-Large for War Crimes Issues":

“You know, Russia is another example where we give and Russia gets and we get nothing in return,” Prosper said. “The United States abandoned its missile defense sites in Poland and Czechoslovakia, yet Russia does nothing but obstruct us, or efforts in Iran and Syria.”

But this is nitpicky, to point out their slips of the tongue. The point is: Mitt Romney would launch a ground war against Russia, because of the Arctic Circle, while Barack Obama would do drugs with Vladimir Putin all the time instead.