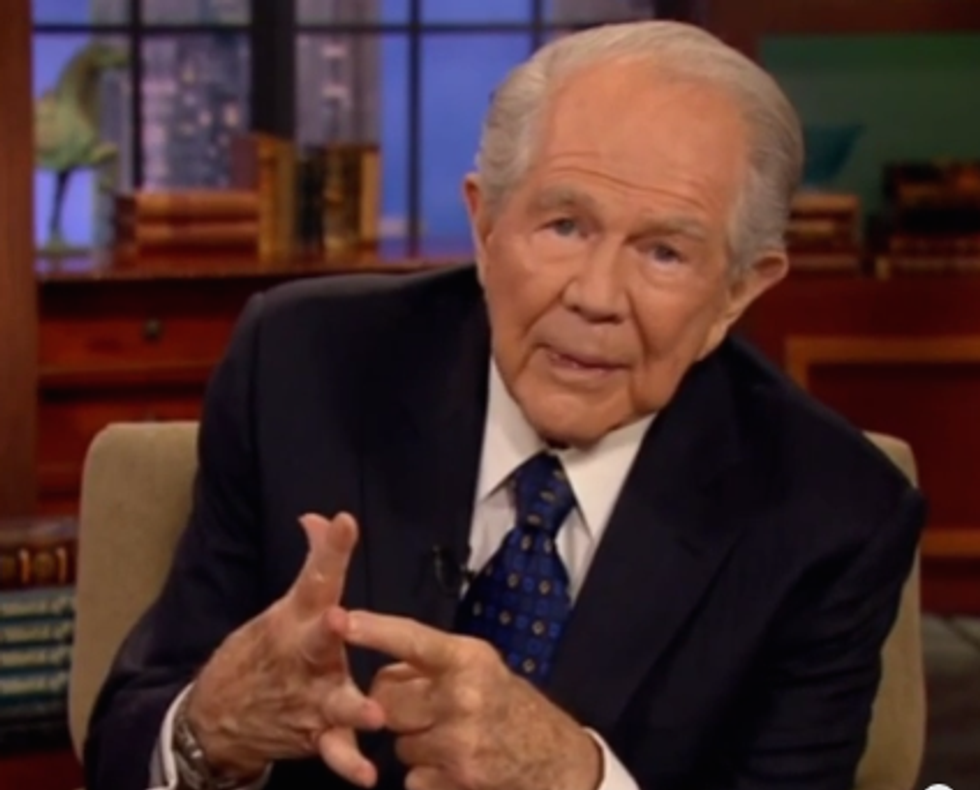 We all know that in the old-timey days of Jesus, demons were running around, like, everywhere, doing demon things -- that's a FACT -- but in today's world, are demons still even a thing? "Linda," faithful fan of televangelist Pat Robertson's show The 700 Club, has not received any memos from God on that lately and wants to be sure:

The Bible tells us Jesus and His disciples cast out demons. Are there still demons in the world as back then? I know there is evil, but have not heard anything regarding this.

Good question. Thankfully, Pat, who was actually pallin' around with Jesus back when he was doing all that demon-outcasting, is here to set the record straight:

Well, it’s amazing that the Devil is present, but he’s got everybody thinking he’s a myth, and he’s real. Demons are real. They’re angels that fell when Satan rebelled against God, and they’re in the world, and there are little demons out trying to destroy human beings. They hate people. And they’re doing the will of their father, who is Satan. So are they there? Yes there are.

Linda, you may want to stop what you are doing RIGHT NOW and go check your wardrobe, because as Pat previously explained to a concerned teenager, demons are often, though not always, hiding in your second-hand sweaters from Goodwill:

Can demonic spirits attach themselves to inanimate objects? The answer is yes. But I don't think every sweater you get from Goodwill has demons in it. [...] So hey, it isn't gonna hurt you any to rebuke any spirits that happen to have attached themselves to those clothes.

Still, says Pat, when it comes to so-called demon experts who are not Pat Robertson, you want to be careful:

But! But. Most people don’t know what a demon is like. And you get these people who are into demon-casting-out ministry, and there’s a lot of hokum, and they can do a lot of psychological damage to people, telling them they have demons. So I’d just be careful.

The last thing you want to do, Linda, is let some faker who doesn't even know jack manure about demons psychologically hokum you up forever. Pat has warned us about these types of "scamsters" before too:

Ladies and gentlemen, beware these scamsters, especially these scamsters in religious garb, quoting the Bible. I mean, run from them. They’re all over the place.

So, Linda, yes, demons are real, but genuine article demon expert Pat Robertson knows how to really cast those little devils right out of you (and your sweaters), with this handy-dandy prayer that is the only prayer guaranteed to REALLY get the devil behind thee:

Remember, people, there's only One True Exorcist who really knows how to make you Satan free, and it is Pat Robertson. Accept no substitute. And call now -- "prayer representatives" are standing by.