Palin Confidante: the Jews Copyrighted 'Blood Libel,' Won't Let Others Use It 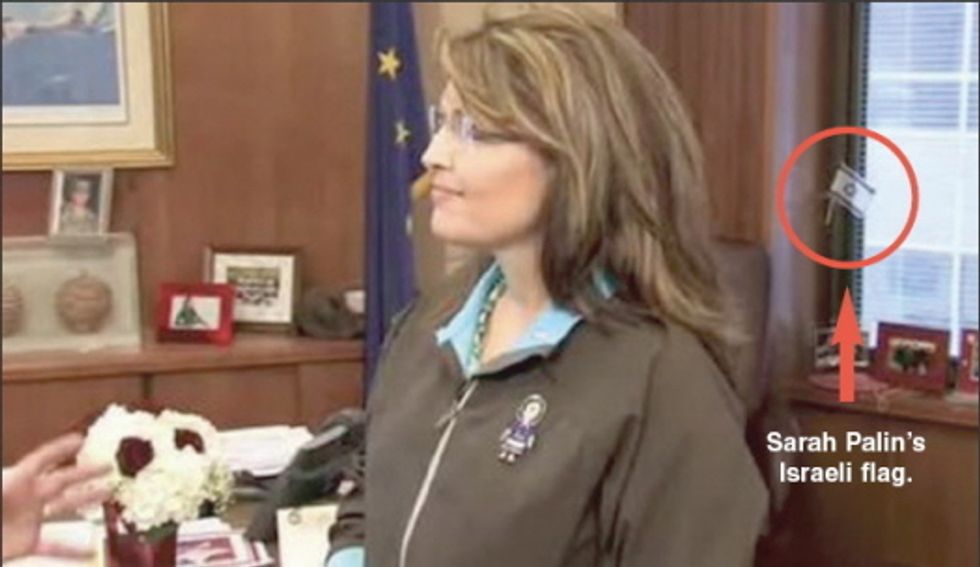 According to John Ziegler, some talk-radio-host-slash-filmmaker who is a called a "confidante" of Palin by Mediaite (so he met her once?), the term "blood libel" "unbeknownst to most Americans had been apparentlylegally copyrighted by the Jewish people hundreds of years ago." Legally. Thanks to those Jew lawyers. (Christians would never say such a thing!) In fact, knowing that they were copyrighting a term that would one day be used against Sarah Palin was the only thing that got them through all the persecution, expulsions and massacres. If you think about it, the real victims of the Holocaust were not the Jews. It was Sarah Palin, because not enough of them died to relinquish the copyright.

They include: the fact she had the gall to use the ancient term “blood libel” which, unbeknownst to most Americans had been apparently legally copyrighted by the Jewish people hundreds of years ago (at least according to the “experts” the media selectively chose to interview), that she “lied” when referencing her ‘target” map and comparing it to others from the other side which were indeed similar, and mostly that she chose to defend herself at all, and that to do so was “unpresidential” and an attempt to steal the spotlight (really?).

It is this last allegation that is most maddening. I have a rule, whenever criticizing anyone, that I at least provide an alternative mode of behavior. So, in that vein, what exactly was she supposed to do?

Not make it look like she wanted to pick out some members of Congress and shoot them.

And here's an alternate mode of behavior for all the kids out there: Don't get mad when Jews try to claim ownership of some of the vile crap that was used as justification for murdering them. There are plenty of phrases to describe the mean things the media is doing to you! You can even invent one yourself! The English language is cool like that. [Mediaite]