Pals Of Oil & Gas Industry Will Rescue Texas Kids From Lies Of Environmental Science Textbooks, As Soon As They Find Some 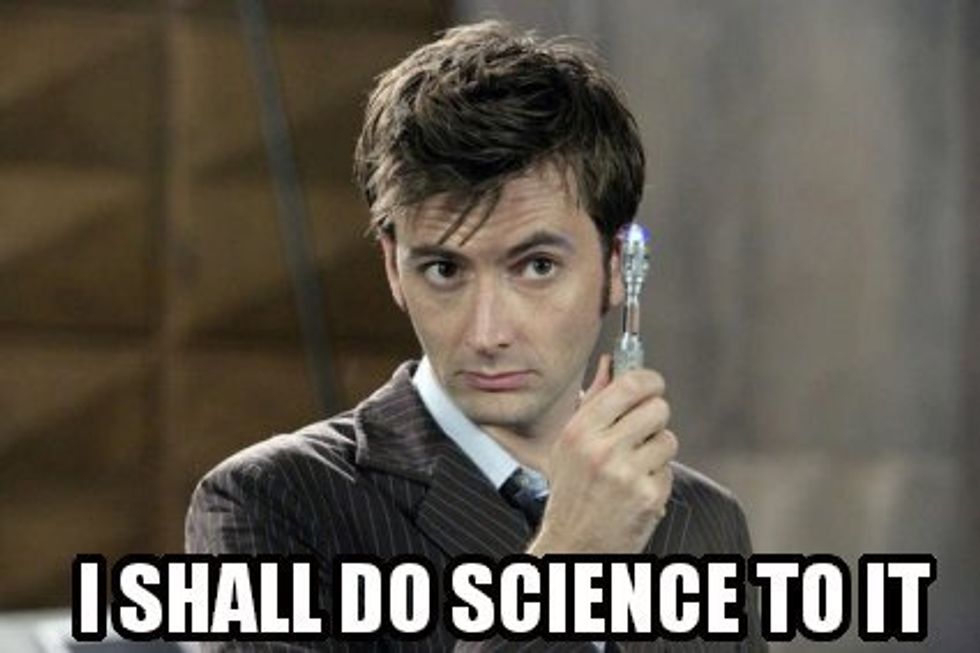 Hey, Science fans! Now that you've had a couple days to enjoy that little sigh of relief over that fired Ohiocreationist "science" teacher who won't be reinstated, here's a new thing to worry about: After another round of State Board of Education textbook hearings in Texas, there's some good news -- looks like biology texts survived challenges from creationists -- and some awful news. At the last minute, the Board accepted testimony from Becky Berger, a self-identified "geologist and oil and gas professional," who attacked the only environmental science textbook up for consideration. According to education watchdog Texas Freedom Network (TFN), Berger "insisted that high schools shouldn’t even teach environmental science classes," and also claimed that the book up for adoption "is filled with factual errors" on topics like hydraulic fracturing ("fracking") and carbon emissions that contribute to climate change. Just one teensy problem:

[Berger] provided no actual written documentation to back up her claims. None. In fact, she didn’t even provide a list of the alleged errors so that the publisher could respond to her claims. (emphasis in original)

OK, but when has "evidence" ever mattered in the Texas educational system, especially for a completely subjective area like the teaching of science? After all, this is a state where the 2012 Republican party platform opposed teaching critical thinking.

TFN notes that the state's official reviewers found no factual errors in the textbook, and cites a comment from one of the reviewers:

Overall, the book is well put together and offers several case studies to put learning in context and some good online resources for labs and research (EcoZine articles). The formative assessments are not necessarily formative, but that is more of a pedagogical arguement [sic]. Far superior to other, on level books that I have seen, and very similar to the Miller text used by AP Environment Science classes.

On the other hand, Berger's presentation was apparently well-received by several board members, who "expressed shock that the textbook had factual errors," even though Berger never actually said what they were.

Oh, and there's another biographical detail that Berger sort of forgot to mention to the Board: She's running for Texas Railroad Commissioner, a position which doesn't actually regulate railroads -- it's the state agency that "regulates" the oil and gas industry, mostly by letting it do whatever it damn well pleases. You'd think that might be a relevant part of her credentials, somehow, especially considering her ties to the oil and gas extraction industries.

And, of course, there's the usual rightwing noise machine calling on people to pressure the Texas SBOE to reject science, because teaching children about science will kill America dead. A post from "Women on the Wall" warns that if high school students read about environmental science, no one will ever have a job again

This week the State Board of Education (SBOE) decides whether the next generation of Texas public school students have textbooks that teach 21st-century/Common Core science which is filled with Global Warming/Climate Change propaganda that demonizes the oil/ natural gas industry. If these textbooks are approved Texas’ oil/natural gas industry will eventually be destroyed. The oil/gas industry drives our Great State’s economy and provides thousands of jobs -- we must protect it.

Call write, tweet, facebook do what ever it takes to let them know you do NOT want them to adopt the proposed Science text books.

We especially like the conflation of scary UN Bicycle Sharia "Agenda 21" and "21st-century" in there. Why are the liberals making us live in this communist century?

Good luck, educators! The publisher of the textbook has asked for a written list of those supposed errors, so they can respond, but at this point, it may be that the rage of Teabag America will be enough to kill off environmental science classes in Texas. And of course, since the national textbook market is greatly influenced by decisions made by the huge Texas market, if this textbook is deep-sixed there, it could be rejected by other states as well.

Which is not to say that science won't be taught at all. People will still need to know how to drill oil wells.