Pastor's 'Christ-Like' Handjobs GUARANTEED To Make Your Dick Bigger, For A While 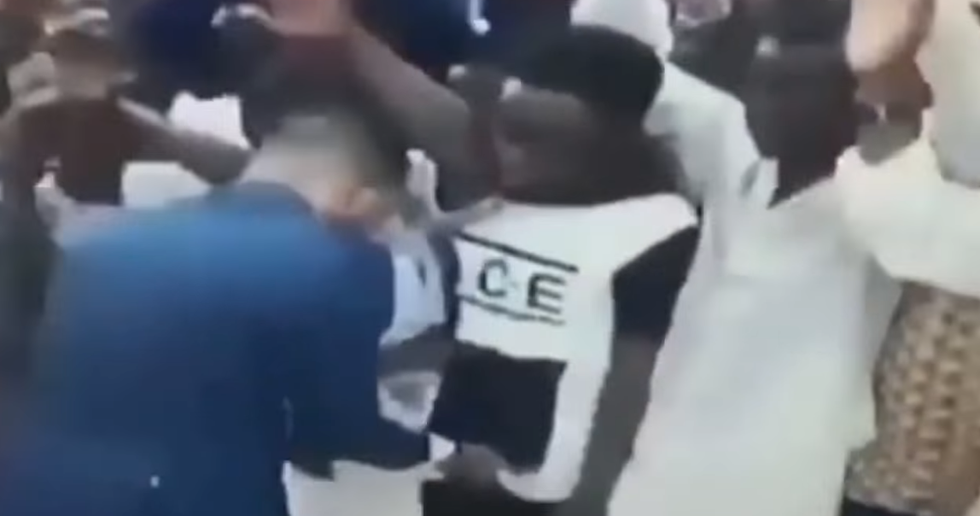 touched by an angel

It's time for an episode of "Fun With Jesus," isn't that exciting? Today we will fill your heart and your pants with the message of hope and hallelujah offered by a preacher in Ghana named Bishop Daniel Obinim, head of the International God's Way Church. In case you are curious exactly what God's International Way is, it's the Lord's fervent desire that your panty-rocket be REAL big. But don't worry, you don't have to run up Mt. Sinai or stick your weenus in a burning bush like Moses did, in order to receive God's gift. You simply have to go to this special prayer service that's broadcast on TV, and Bishop Obinim will give you a handjob. What, how is that not normal? PFFFFFFFFT, we're beginning to question your walk with Jesus.

You might be thinking, "Um, I have had lots of handjobs and my dick didn't get bigger, at least not permanently." And you'd be right! But you've never been greased up for glory by the palm of Bishop Obinim, have you? (Unless you have, in which case you may need therapy, just saying.) Have you ever been lying there gettin' a handy and thought, "Gee, this is a mighty Christ-like experience"? That's what you get with Bishop Obinim, who, according to GayStarNews, is a GIANT HOMOPHOBE. What's that thing they all say about those that protesteth too much? We should also add "Pastors who come up with excuses to play with their parishioners' junk" to the list of clues to look for when assessing whether a homophobe is actually totally gay or not.

Gentlemen, check your pants. Has it grown since you watched that video? YOU PERVERT, you just got a boner watching an African pastor grope his congregation, GET OFF WONKETTE.

But listen, this is legit stuff and you need not be skeptical:

He grabs men's penises and performs a ritual he claims will make them grow.

In a scene broadcast on Obinim TV, Bishop Obinim says: "If you do not like the looks of any part of your body, come to me, what do you want that I can’t offer?

"If you have a small manhood, I can change them all when I come to the spiritual realm."

OH HEY GIRL, he's got your booty and your booby-knockers covered too! He'd probably Heal Them By The Pussy too, but the new American president-elect has that covered, we guess.

Now, as GayStarNews reports, Bishop Obinim isn't just known for being fun and gropey. He also says he can turn into assorted animals, oh and this, which is not so funny:

A video was filmed of him whipping two teenagers, one of which was pregnant, was released in August. He also was filmed in 2014 violently stepping on the belly of a pregnant woman in an attempt to ‘exorcise’ her.

Huh. Well that is awful and this guy needs to be dealt with by the proper authorities.

But while we're waiting for that to happen, let's see if we can get one more dick joke out of this before this post gets too long and climaxes ...

Let's see, let's see ... OH! We'd say Ben Carson oughta get right on selling this scam-cure, except we're pretty sure that, unlike the snake oil Carson has hawked, this stuff works, at least until Pastor Magic Handy gets your dick to experience the miracle of Spontaneous Christ-like Eruption, at which point the miracle kinds shrivels up and falls asleep.