Pat Robertson Has Thoughts On Devil's Yoga. They Are Bad Thoughts. 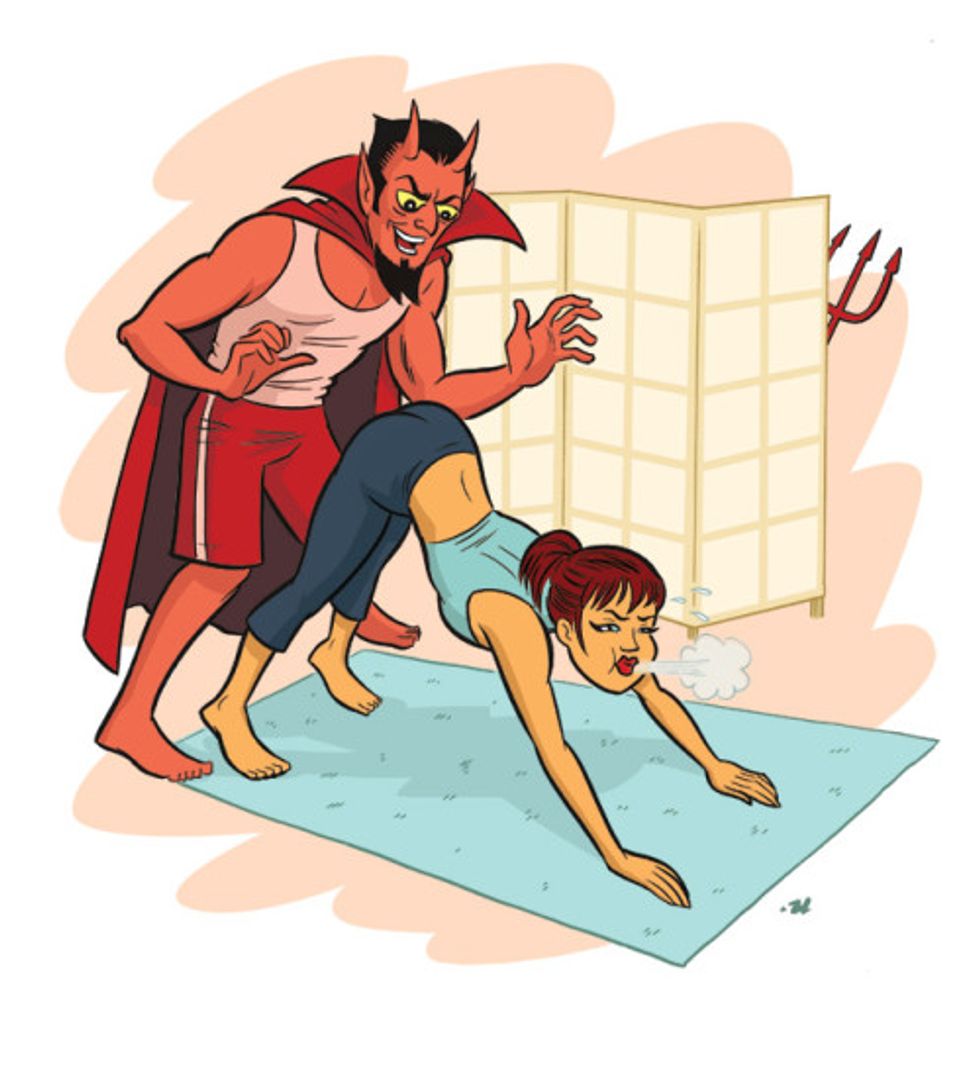 Pat Robertson reminded his viewers (we assume he has some) on Tuesday that the world is beset with traps and snares for the unwary Christian, like the prospect that a simple exercise class could trick your innocent child into speaking in foreign tongues and invoking strange Hindoo devil-gods!

"Susan," a concerned parent, had written to Robertson for advice about staying Godly after her family was forced by her husband's work to move to the pagan outpost of Santa Fe, New Mexico, where the neighbors are all into freaky New Age spirituality: "dream catchers, yoga, veganism, that sort of thing." She's worried that her teenaged daughter may be turned to the Dark Side by taking a yoga class with a friend. Her daughter is already making excuses, too! "She says it is healthy and will help her flexibility. I worry because it is not based in Christian faith; it is a Hindu practice." Susan wants to know whether it's OK for Christians to do the yoga.

Robertson shared her concerns, because while there's nothing inherently evil about stretching a bit, because stretching is "good for you," the problem is that "along with yoga, they have a mantra, and the mantra you say is in Hindu.”

Do you want your daughter to start speaking Hindu? You do not, because you don't even know what she is saying in Hindu!

Pat Robertson is so educational! We learned that there is a language called "Hindu," for one thing. And that when you do yoga, you are actually praying to Hindu deities by repeating their names over and over. We will confess that the closest we've ever come to the ancient practice of yoga is cursing under our breath at the yoga studio next door to our apartment for taking up all the street parking in the neighborhood several times a day, but it sounds to us like Robertson is mixing up yoga and Transcendental Meditation here -- maybe one of you healthy types can clarify that in the comments.