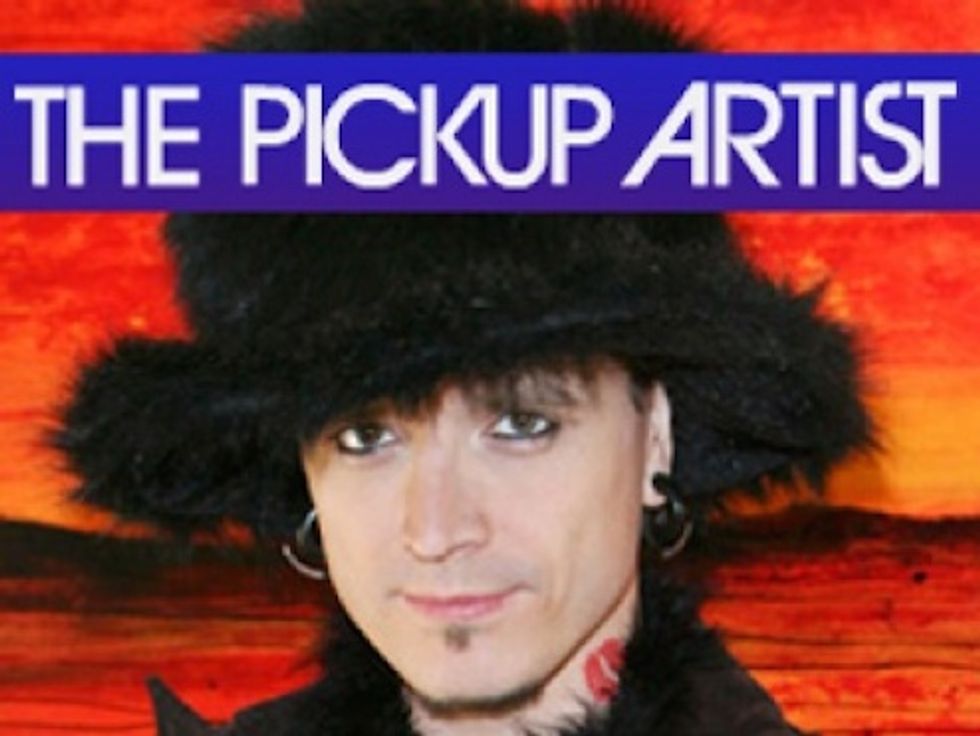 We were so very glad that CPAC was over, but we forgot that there would be post-CPAC pieces until everything turns into a SXSW thinkpiece, which doesn't happen until about 3:30 am tomorrow. Sorry. The very worst of the post-CPAC thinkings, though, has already been barfed up onto the internet and you will not at all be surprised to learn that it is from the Daily Caller's Patrick Howley. Howley has hurled himself against the brick wall that is his own deep unfunniness and the brick wall wins every goddamn time. This is no exception, as he's shown up with a Buzzfeed-type listicle about all the types of dudes that will hit on your girlfriend at CPAC.

Oh wait, before we get to that part, let's remind you of what a fucked-up sadpants Patrick Howley is about sex generally. He's the dude that wrote about how the gays used to be so much more exciting when they stayed in the closet, complete with wistfulness about how more dudes used to just walk out with their cock out, but now Dupont Circle was full of dudes who wouldn't hit on Patrick Howley even though HE IS NOT GAY YOU GUYS. Of late, though, Patrick is probably not thinking about all the gay cock that would still want him if only gay cocks weren't so boring now, because Patrick Howley has a girlfriend, which he made sure to announce to the world in the most deeply embarrassing Daily Caller piece ever (and that is saying something). There, he gave the full rundown of how he met his lady friend, and it is RIVETING and basically attributes his success to ignoring that she had a boyfriend, because he's alpha male like that.

I met her at the Heritage Foundation Christmas party. She was wearing a purple dress and looked hot standing next to Grover Norquist, if only by comparison. She had a boyfriend at that time, but I was like ’Whatever.’ Then we saw each other at a New Year’s party where she was wearing a black dress and I was a little high. She looked hot there too, even though Grover wasn’t there, which is really the litmus test. Her boyfriend was there, but I don’t adhere to UN regulations. Also, there was a Facebook photo of her sitting on the floor of her apartment with black high heels that drove me crazy.”

What. A. Catch. Ladies, you are probably so sorry you missed your opportunity to jump aboard the hot hot Howley train.

Perhaps because Howley is the kind of asshole that thinks it makes him look powerful and sexy to brag about hitting on someone when her boyfriend is right there, he felt the need to write this never-gonna-be-funny thing about different kinds of dudes that will hit on your lady at CPAC because STOP LOOKING AT HIS GIRLFRIEND HE HAS A GIRLFRIEND YOU GUYS. We can't actually deal with the flatlining our brain tries to do if we write about all five types so let's just tackle a couple, OK? Please???

Guess who casts a vote in the U.S. House of Representatives and ALSO is totally throwing back Amstel Lights in the VIP room? A vast cross-section of the Republican caucus, apparently.

Threat level: Potent. Women looking to mix the “Zoe-and-Frank” dynamic from House of Cards with the social media generation’s increasingly pathetic sensation of quasi-celebrity are practically jumping out of their heels for this guy. You know how you and your girlfriend play that game where you get “free passes” if you happen to meet certain celebrities? In D.C., no-name congressmen might count for that in her book. Keep her sequestered.

Har har har har sequestered. Howley is killing us dead with the hilarity there. Sequestered! A Congress joke! We'll be slapping our thighs forever about that, once we stop untangling how much of this piece is really about Howley's anxiety his girlfriend would pick anybody but him, given half a chance. SPOILER ALERT: the entire piece is about that of course, except for the part where he reminds the conservodudes that are even more pathetic than Howley that he, Howley, has a girlfriend, and he is now the dispenser of wisdom about ladies.

Ultimately, guys, just remember: paranoia is poison in any relationship. Learn to have some trust, and these sweaty dudes won’t faze you. But if you’re nervous about it, just take a few steps away from her and flirt with a young woman or two in a visible spot while not looking back at your girlfriend. You know, like Machiavelli would. Or Nixon.

Dudes, one day YOU can be just like Patrick Howley: excited yet terrified about gay dudes AND sporting a girlfriend that totally isn't going to talk to other dudes ever because please baby don't do that please come back baby please.