Patriotic Children's Book Here To Rescue Your Child From Socialism 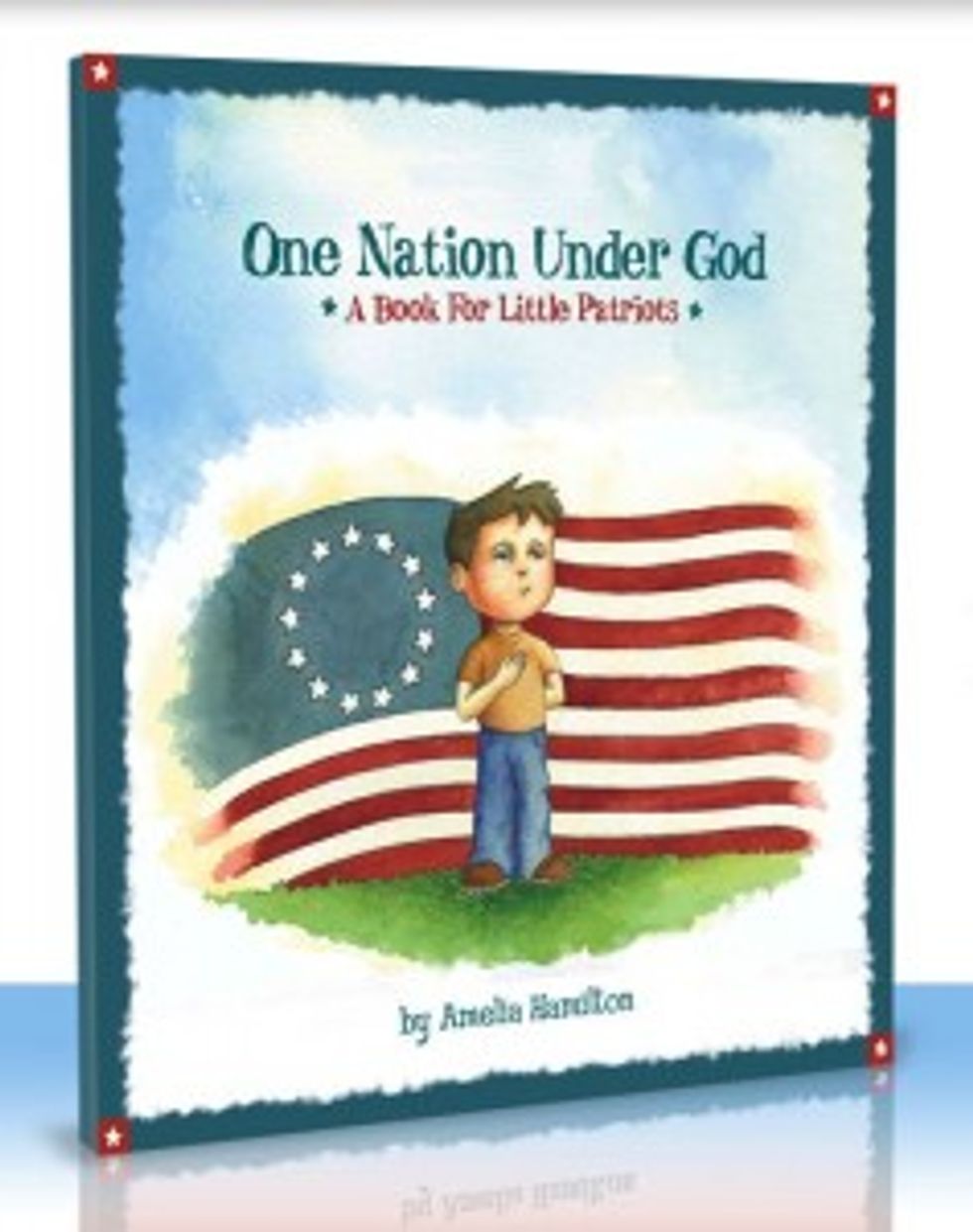 Are little Jimmy and Janie coming home from school with a bunch of godless socialist ideas about "redistributing toys to other kids who haven't had a turn" and "waiting in communist bread lines to go out to recess?"  If you are worried this kind of Soviet indoctrination is taking hold of your youngster in our nation's underfunded miniature socialist learning labs, well then, the Internet has a thing for you. "One Nation Under God: A Book for Little Patriots" is an actualbook (remember those?) for parents to read to their kids in case they noticed God and gun rights weren't mentioned enough times in their civics homework. Let's take a peek at our lessons!

Let's see, here is what your child can learn about the Ten Commandments Ten Amendments in the Bill of Rights:

The Bill of Rights tells us that

We may do what many can't.

So there would be no room for doubt,

Our Founding Fathers laid them out.

There are ten rights, and they mean a lot.

They are ten reasons that we fought.

Freedoms we didn't have before,

Freedoms well worth fighting for.

When you know you're safe in your own home,

When you know you don't have to pray alone.

When you say just what you feel,

Many fought for you and me.

Clever! We are assuming "right to feel safe in your own home" is the code for gun rights, since "feeling safe at home" is not actually in the Bill of Rights, is that "on target," haha? You may have to explain that one more fully to the kids.

And, bonus, some Big Hollywood reviewer is thrilled with this book, because it doesn't make her feel like she is turning her son into a gay socialist when they read it together:

My son has a Ronald Reagan action figure (okay, maybe it’s not an action figure but I refuse to call it a doll) in his room along with Navy SEAL posters and plenty of little green army men.  He plays with toy guns and wears camouflage pants and says “Semper fi” to any Marine we come across in an airport or at Costco.  We’re not exactly the typical family you might find on the west side of Los Angeles.  So you can see why this is the kind of book I can feel good about reading with my son.

Yes, safer to skip all those other homosexual anti-military books out there. [The Internet/ Big Hollywood]