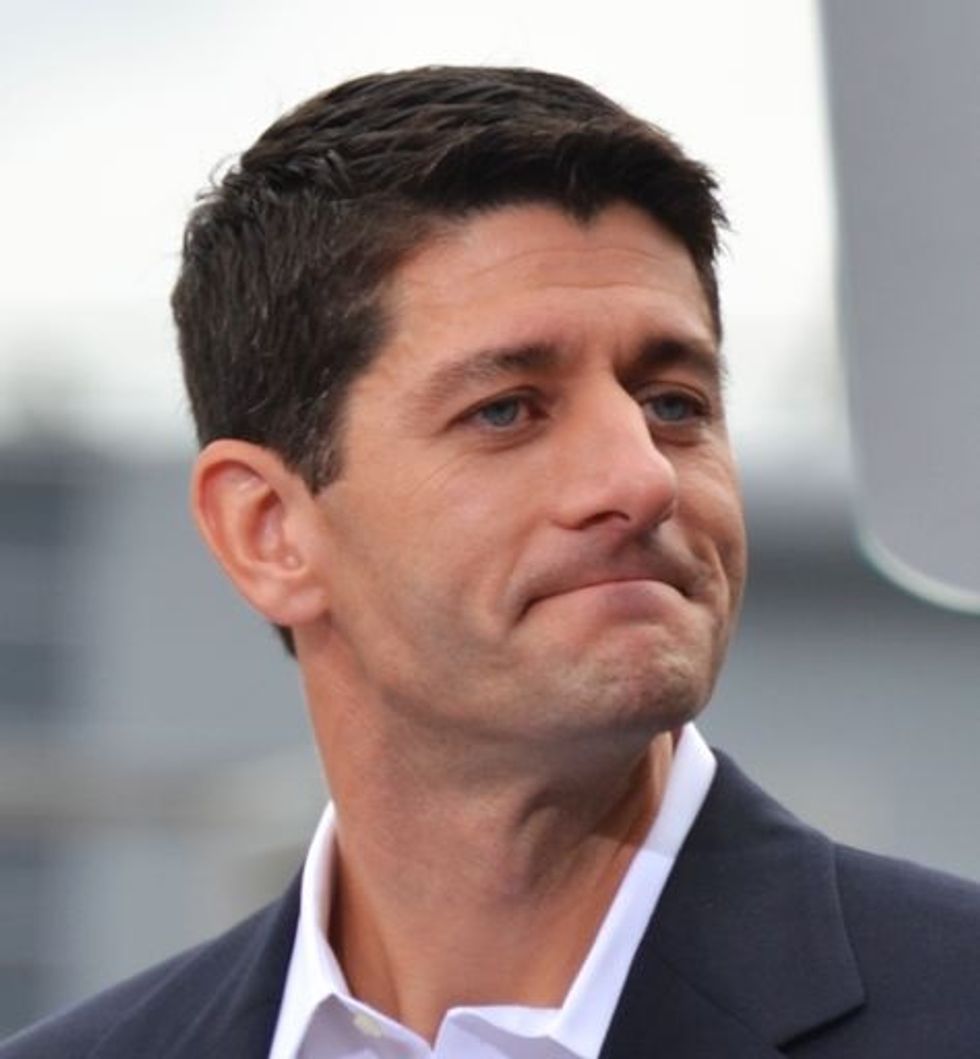 Why not the best? OK, the most smug, then.

Paul Ryan has been trying to pimp the Republicans' Great Big Tax Cuts for Rich Fuckwads, to try to convince people that the temporary tax cuts they'll see are a terrific deal and well-worth the permanent cuts for corporations and very rich, who don't necessarily get their wealth in the form of anything so banal as a "paycheck." So it stands to reason his cold cold heart would be moved by an AP story about everyday Americans seeing somewhat larger paychecks because of the cuts, because who cares about the big picture when you have a few extra dollars? Strange, though, that he'd decide one example was so compelling that it made for a brilliant tweet:

A few hours later, that tweet was gone, maybe because people noticed a dollar-fifty a week is not really a hell of a lot of money. And Lo, the Internet was not pleased, and Paul Ryan was rebuked bigly:

Among those who noticed what a gift Ryan had handed Democrats for the fall were Nancy Pelosi and Randy Bryce, AKA "Iron Stache," the Democrat who's running for Ryan's seat.

Did Bryce include a donation link? You bet your ass he did -- with an option to donate a dollar fifty:

As yet another example of just how clueless Ryan is, here's another excerpt from the AP article Ryan thought was impressive. So impressive, in fact, that after the buck-fifty debacle, he decided to leave it up:

While that one didn't go viral like the other one, it didn't exactly thrill people either:

So what's next on Paul Ryan's agenda? How about tighter work requirements for government assistance, because isn't the point of a safety net to make sure it only protects the truly worthy?