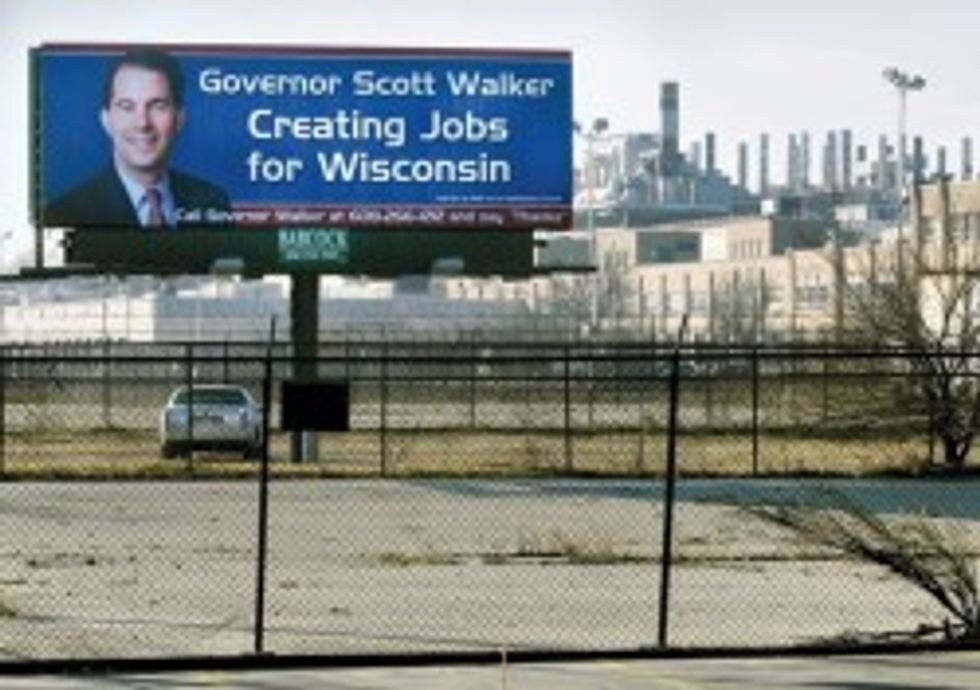 Paul Ryan has gone to sleep writing letters to support Wisconsin stimulus spending in 2010 and awakened voting against the stimulus in 2009, and then turned a corner into 2012 and announced “No, I never asked for stimulus.” He has walked through a door in 2010 carrying a budget proposal that would destroy Medicare and come out another one in 2012 holding hands with a man who insists that Barack Obama is the guy who wants to destroy Medicare. He has seen his position on earmarks evolve many times, he says, and pays random visits to all the events in between.

Now Paul Ryan is blaming Barack Obama for the closing of a GM plant in Janesville, Wisconsin. The factory closed two months before Obama became president.

Ryan said that the plant closed because of rising gas prices under Obama. It actually closed in December 2008, while George Bush was president, because nobody was buying the SUV's it produced. Paul Ryan's running mate, a man with the laughably improbable name of Willard, had published an editorial in 2008 saying it would be best to "Let Detroit Go Bankrupt," and in 2012 was taking credit for how well the auto industy had recovered. But the GM assembly line in Janesville has been dead since 2008. So it goes.

Paul Ryan closed his eyes. When he opened them again, he was in Congress, and it was 2008, and so, like 32 other Republicans from districts with automobile factories in them, he voted for the auto bailout bill. He blinked again, and it was August 2012, and he was explaining to a reporter that he he thought that the stimulus bill President Bush signed was simultaneously wasteful and didn't spend enough to help:

"What I voted for was to prevent a worse bailout. I voted for that bill to prevent TARP from being used to bail out the auto companies at more than three times the cost of that original legislation. And where I come from, where we lost four auto factories... the auto bailout didn’t work for us."

Without warning, Paul Ryan found himself in in the distant future, in a zoo on the planet Tralfamadore, which the Tralfamadorians had helped him build. He was painfully aware that he had not built it all by himself, and the raucous laughter of the Tralfamadorians hurt his feelings. "Why me?" he asked. “Why you?" replied a Tralfamadorian. "Why us for that matter? Why anything? Because this moment simply is.” Paul Ryan wanted to talk more about why people should take responsibility for their poverty, but the Tralfamadorian merely handed him a copy of "The Gospel From Outer Space," by Kilgore Trout.

And then Paul Ryan was standing in front of that factory in Janesville again, blaming Barack Obama for breaking a promise before Obama had even become president. Paul Ryan smiled, because he knew that Americans believe many things that are obviously untrue. Their most destructive untruth is that it is very easy for any American to make money. They will not acknowledge how in fact hard money is to come by, and, therefore, those who have no money blame and blame and blame themselves. This inward blame has been a treasure for the rich and powerful, who have had to do less for their poor, publicly and privately, than any other ruling class since, say, Napoleonic times.

Paul Ryan smiled again, and explained his plans to save Social Security by privatizing it.