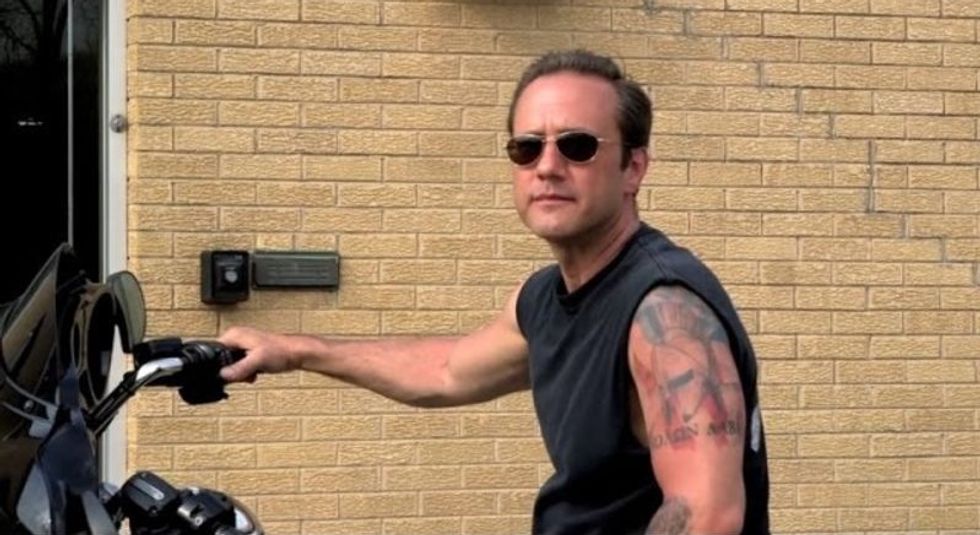 Paul Nehlen's long-shot challenge to House speaker Paul Ryan in next week's Wisconsin Republican primary got a bit of a boost earlier this week when Donald Trump petuantly decided not to support Ryan's reelection and said Nehlen had run "a very good campaign." So to take advantage of the brief burst of national attention, Nehlen decided to see if he could out-Trump Trump, suggesting in a radio interview that the United States shouldn't simply ban Muslims from entering the country, but should round up and deport all Muslims already living here. Now there's a man who's not going to be intimidated by some Muslim war hero's family waving the dumb ol' U.S. Constitution on TV.

On an AM radio show earlier this week, Nehlen said Trump was absolutely right to hit back at Khizr and Ghazala Khan, whose son died in 2004 defending his base in the Iraq war. After all, their having a war hero son doesn't change the fact that Muslims are real scary:

“So circumstances have clearly, dramatically changed since Capt. Khan’s death and hey, those are Gold Star parents. Nobody’s saying they aren’t Gold Star parents; they lost their kid. But let’s be clear: Muslim-Americans have been fighting on both sides of the war.”

He went on to claim that more Muslim-Americans have died fighting for ISIS than as active duty U.S. military members, so there you go.

Since he's apparently never met a bad idea he didn't like, Nehlen also embraced Newt Gingrich's dumb unconstitutional proposal to test all Muslims to see if they've got the Sharia, and deport any who do. But there's a problem with that, since as anyone knows, Muslims are all commanded by their religion to lie:

“I believe the break point is Sharia,” he said. “If the Muslim is Sharia-compliant, that is in direct conflict with the U.S. Constitution.”

“Islam is the only major religion that encourages lying,” he replied, pointing to a verse of the Quran which, he claimed, encourages Muslims to “lie to the infidel” to further jihadist efforts. “If they lie, how do you vet something like that?”

“Then how do you implement the test that you want to implement?” Proft asked.

“Well, then, the question is why do we have Muslims in the country?” Nehlen said, visibly and audibly shocking the two co-hosts.

“Are you suggesting that we deport all of the Muslims in this country?” Proft followed up.

“I’m suggesting we have a discussion about it, that’s for sure,” Nehlen answered,

He also thinks we need to monitor every mosque and all social media accounts of Muslim Americans, so how's that for a dedication to freedom?

The hosts pointed out that Nehlen's suggestions might just be a tad on the unconstitutional side, since he was calling for people to be deported not for any crimes, but for believing the wrong things. Nehlen initially said, "If somebody supports Sharia, that is doing something wrong," but the wily Dan Proft pointed out it's "not a criminal act" -- at least not yet. Pushed on how the idea of the government punishing people for what they believe in squares with his belief in small government, Nehlen admitted it was a tough question: "I don’t know the answer to this, I struggle with it, I really do. I’m a Christian." But then he was haring off in another direction, complaining that the UN gets to decide which refugees come into the country from Syria and they're all Muslims, because Christians are persecuted and excluded by the UN. The possibility that there are more Muslim refugees in the first place didn't seem to enter into his rant.