Pence Praises Betsy DeVos For Using 'Her Treasure' To Buy Politicians. For The Children! (And Jesus. Mostly Jesus.) 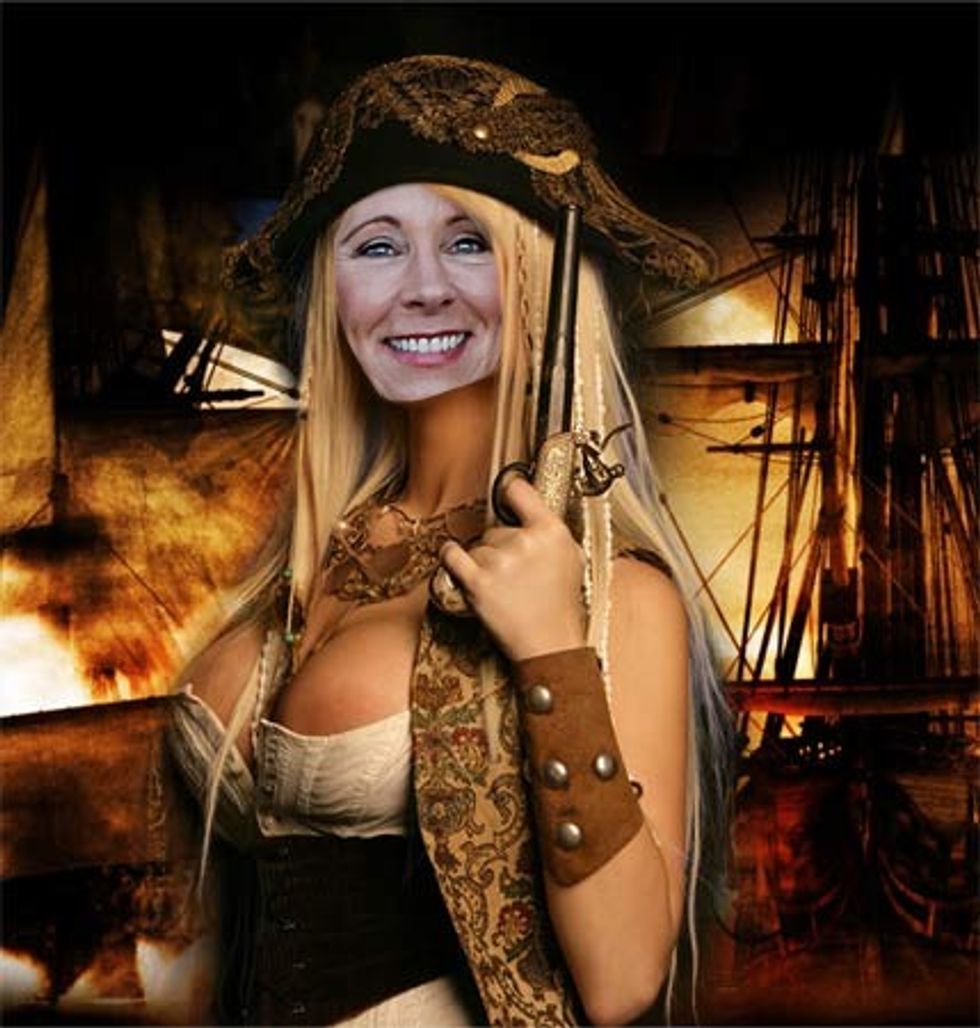 Betsy DeVos, your new Secretary of Educmacation, has come under considerable criticism over the fact that it very much appears that she bought her way into that position by donating, along with her billionaire Amway family, to Republican politicians. Especially considering the fact that she has no idea about what the hell she is even doing. Though, to be fair, Rick Perry didn't know what the Energy Department even did until a month ago either, and could not even remember what it was even called in one of the Presidential debates, when he wanted to eliminate it completely. HAHA, no one knows what they hell they are doing!

In a brief missive posted to the White House website titled "Vice President Pence Casts Historic Vote to Confirm Betsy DeVos," Mike Pence has decided to spin her story a little bit. Now, rather than just coming from a super rich family, where's she's siblings with Blackwater and literally married to a pyramid scheme, DeVos has graciously donated HER TREASURE to help all the kids!

The vote the President asked me to cast wasn’t just for Betsy – it was also for America’s future.

Our nation’s success depends on the education of our students. In Betsy DeVos, we have one of America’s foremost advocates for educational opportunity and excellence.

For nearly three decades she has devoted her time, her talent, and her treasure to ensure that every child in America has the best shot at a better life. Countless students have benefitted from her efforts to promote an educational marketplace defined by innovation, opportunity, and real, meaningful choice.

The President and I agree that our children’s futures should not be determined by their zip code. Students should not be trapped in a system that puts the status quo ahead of a child’s success.

That sure is a good way of describing being in the business of buying politicians and promoting charter schools in Detroit. Charter schools that worked out very, very, very poorly. And were not, in any way, good for students!

But instead of being a creepy lady who buys politicians and fucks up school systems, she is a kind and selfless pirate, graciously donating her treasure to the good of all people. She's not paying to play she's paying to, uh... do something else. Something for the children that people won't think is bad. That's the ticket!