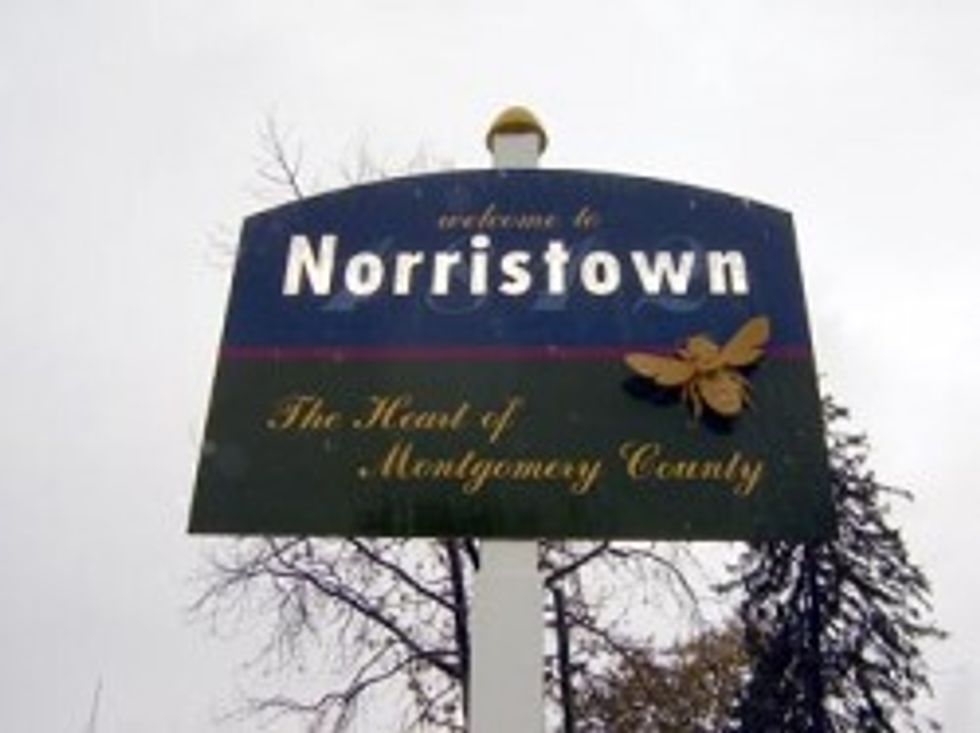 Gosh. Norristown, Pennsylvania seems like it must be a real nice place to live what with its strict schoolmarm rule against "disorderly behavior." In order to be fair, however, the rule applies not only to those who perpetrate "disorderly behavior" but also to those who might happen to bevictims of it. Best legal system in the world! Watch and learn, America: The Norristown police notified a woman whose boyfriend assaulted her that she was being evicted for the crime of disturbing the peace by being assaulted too many times.

Last year in Norristown, Pa., Lakisha Briggs' boyfriend physically assaulted her, and the police arrested him. But in a cruel turn of events, a police officer then told Ms. Briggs, "You are on three strikes. We're gonna have your landlord evict you."

Yes, that's right. The police threatened Ms. Briggs with eviction because she had received their assistance for domestic violence. Under Norristown's "disorderly behavior ordinance," the city penalizes landlords and tenants when the police respond to three instances of "disorderly behavior" within a four-month period. The ordinance specifically includes "domestic disturbances" as disorderly behavior that triggers enforcement of the law.

Oh, well, that certainly makes sense, doesn't it? After all, the poor police officers wouldn't want to be dragged away from their donuts and coffee just because some broad got in a fight with her man because he didn't load the dishwasher right or something, and then she called the 5-O on him just 'cause bitches, man, sometimes they're like that.

After her first "strike," Ms. Briggs was terrified of calling the police. She did not want to do anything to risk losing her home. So even when her now ex-boyfriend attacked her with a brick, she did not call. And later, when he stabbed her in the neck, she was still too afraid to reach out. But both times, someone else did call the police. Based on these "strikes," the city pressured her landlord to evict.

Aw, come on. What's a little brick-attacking and neck-stabbing between exes? Why bother the police over these sorts of tickle fights? As usual, the Constitution is here to ruin everything. Sayeth the ACLU:

Today, the ACLU, the ACLU of Pennsylvania, and the law firm Pepper Hamilton filed a federal lawsuit on behalf of Ms. Briggs, challenging the ordinance. These laws violate tenants' First Amendment right to petition their government, which includes the right to contact law enforcement. They also violate the federal Violence Against Women Act, which protects many domestic violence victims from eviction based on the crimes committed against them, and the Fair Housing Act, which prohibits discrimination based on sex, and was enacted 45 years ago this month. The ACLU has long argued that evictions based on domestic violence can discriminate against women, because such evictions are often motivated by gender stereotypes that hold victims responsible for the abuse they experience, and because the vast majority of victims are women.

Maybe Norristown should find some other way to punish people what disturb their nice little town with incidents of "disorderly behavior." It's unorthodox, but there's always the option of limiting punishment to the people who have committed the crimes, right? Nah, too boring.