Pentagon Finally Gets Its Own Gambling And Strippers Scandal 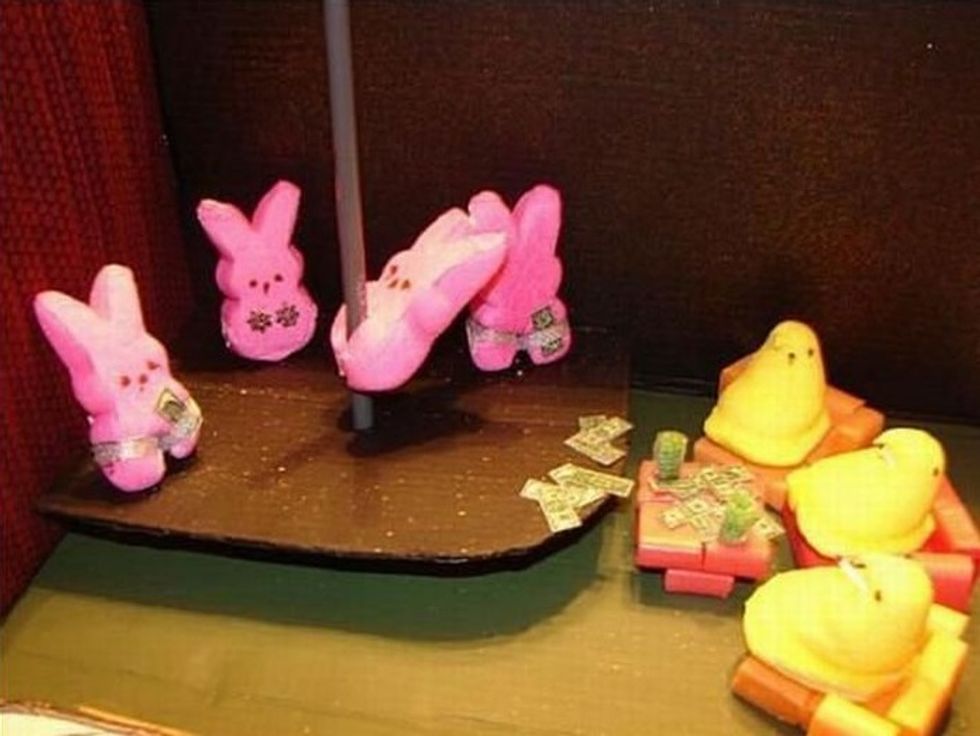 Apparently jealous of the Secret Service and the Drug Enforcement Agency, the Pentagon is investigating a possible sexytime-n-gambling scandal involving Defense Department and military personnel. Just in time for Cocktober, too! Let's see how shocked and horrified we should be!

The Pentagon's Inspector General is investigating whether U.S. military personnel tried to get the U.S. government to pay them back for bills they racked up at casinos and strip clubs, using official travel charge cards.

In May, the Pentagon watchdog reported that Defense Department employees spent $952,258 at casinos and another $96,576 at "adult entertainment establishments" using the cards during a year-long period.

They spent 10 times as much on gambling as on strip clubs? Well, that is scandalous -- scandalously boring, as scandals go. Reversing those figures would be a lot more interesting, we bet. Nobody snorting blow off strippers' asses, of either gender? Pentagon, you are starting to disappoint us. Tell us more, Reuters:

In the May report, the Inspector General noted one case where a member of the Air Force was demoted after spending $4,686 at Sapphire Gentlemen's Club in Las Vegas, Nevada.

The airman tried to spend an additional $920 but had already exceeded his credit limit, the report said.

OK, that's more like it. Nearly $5000 at a "gentleman's club?" Was that all in one night? Still, that last line is simply pathetic. Happily, Yr Wonkette was at least able to obtain surveillance footage of the Air Force personnel getting ready for their wild time in Sin City:

The Defense Department is looking into other possible misuses of the charge cards, which are intended to be used only for official travel expenses, and to determine whether disciplinary actions are appropriate. We hope they find something a lot more titillating, frankly. God knows somebody in the military has to be doing something with all those boner pills.

We'd also suggest that Defense Department personnel start hanging out more with the Secret Service and DEA. Those people really know how to party.