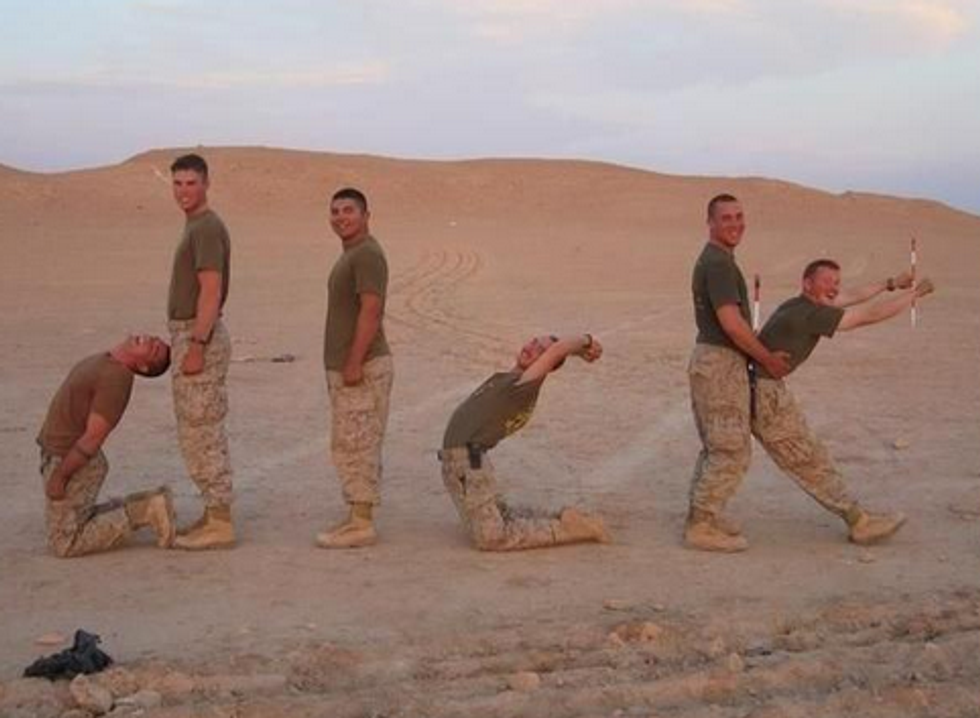 People of the wingnut variety are always yammering on about "outta control government spending!" and "I am being tyrannied into buying SLUT PILLS for all the ladies!" and dumb liberals always say, you know, if they were coming after your Viagra you'd be mad too. One entity that is NOT coming after your Viagra is the United States military. Originally, all patriotic Americans were under the impression that the military was spending about $500K a year on boners,  but the Military Times did some rock-hard-hitting penis journalism and found that the real cost of keeping your men boned up is $84.24 million per year:

According to data from the Defense Health Agency, DoD actually spent $41.6 million on Viagra — and $84.24 million total on erectile dysfunction prescriptions — last year.

And since 2011, the tab for drugs like Viagra, Cialis and Levitra totals $294 million — the equivalent of nearly four U.S. Air Force F-35 Joint Strike Fighters.

Next time your math teacher surprises you with a pop quiz that asks "How many F-35's equal ALL THE MILITARY BONERS, KATIE?," you will not be embarrassed and unprepared like you were last time. The answer is FOUR.

Now, I know what you are thinking, that this is the natural result of the repeal of Don't Ask Don't Tell, and all the wingnuts were right when they said it would lead to soldiers constantly gaying each other in the showers and in the atheist foxholes, but you are WRONG. This is mostly VETERAN boner moneys, you love your veterans, and you want them to all have a boner right now:

While some studies have shown that the incidence of erectile dysfunction has increased among service members in the past several years, less than 10 percent of the prescriptions were for active-duty troops.

See? Active duty boners aren't that expensive, that is very fiscally conservative. And you all SAY you support our troops, and you put bumper stickers on your stupid cars and tie yellow ribbons around your stupid trees and say "thank you for your service!" or truly ignorant things like "Did you kill anybody?" (do not ever ask a veteran that), this is what your veterans REALLY want from you, hard dicks and some peace and goddamn quiet.

And look, you liberals, you are always going on about how you want people to have healthcare and how we should take care of our veterans. Well, the Pentagon is just helping all its buddies out, making sure our active duty soldiers are fully hardened for war, and giving those who have fought for our nation the happy ending they deserve. And before you go saying "oh, well, what about the women in the military, do they get slut pills too?," we asked the internet and it said YES, THEY DO get slut pills under Tri-Care, at least until some wingnut in Congress finds out about it and finds a way to screw them over. The last Congress was trying to make it easier, too, but we have a feeling the current cohort of Republican men won't be working too hard on that front anytime soon.

Anyway, we are glad that all our servicemen, past and present, are able to salute inside their shorts any old time they want, but if you salute for longer than four hours, please call your doctor or maybe call Aaron Schock, you might be able to convince him to make it one of his congressional priorities, just guessing.