Pentagon Workers Using YOUR Tax Dollars For Gamblin' And F*ckin' 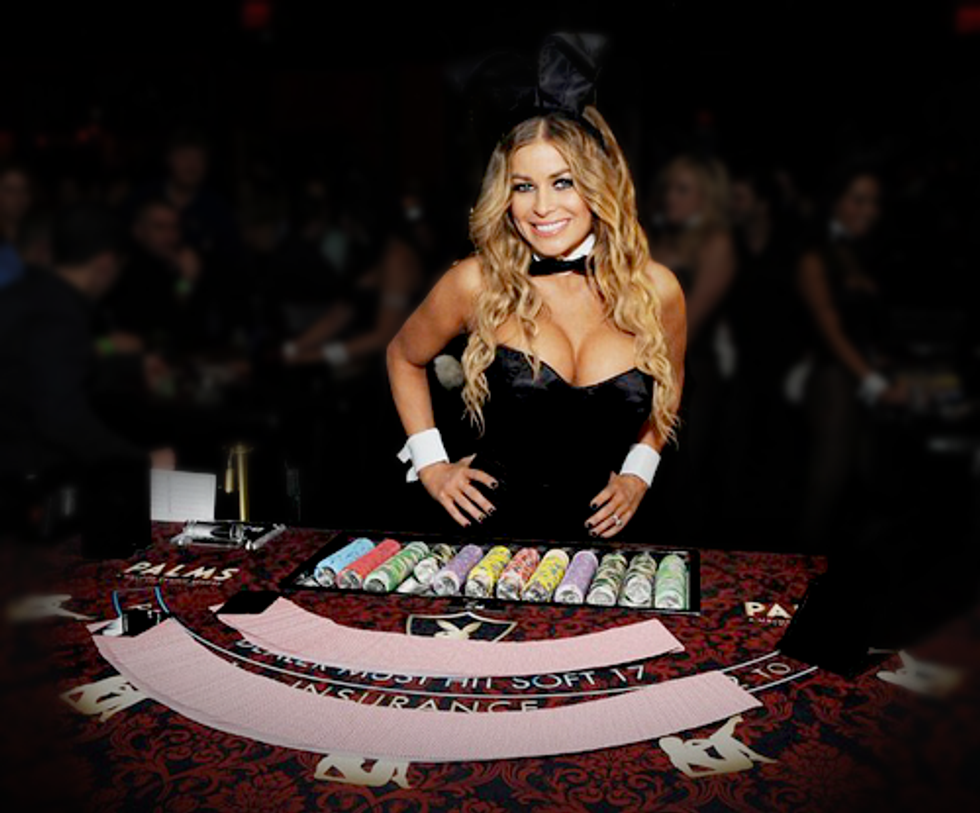 Would you be outraged to know that Pentagon employees (military AND civilian) have been using YOUR TAX DOLLARS GRRR for the services of cardsharks and common harlots? WELL THEY ARE (kinda sorta). GET MAD:

A Defense Department audit has found that a significant number of Pentagon employees used their government credit cards to gamble and pay for “adult entertainment” — findings that are expected to lead department officials to issue stern new warnings.

That's right, they are going to get themselves a severe talking-to over this one! Some of them may even have to write "I will not use Pentagon MasterCard for card games or hooker ladies" at least 100 times on the Pentagon blackboard. Do they not know they are using precious Pentagon moneys (and accruing interest, which is not Suze Orman-recommended!) that is supposed to be going to boner pills for Our Fucking Veterans?! And did the employees think nobody at the Pentagon would notice? Sheesh.

At issue is an audit of "Government Travel Charge Transactions," which found that, surprise, these employees seem to have been using their government credit cards "at casinos and for escort services and other adult activities -- particularly in Las Vegas and Atlantic City." We bet there is a lot of important Pentagon business to be done, in those cities!

The good news, sorta maybe, is that it might not be that many of your tax dollars, because according to Politico, the Pentagon might not really be paying for this, because "holders of the cards pay their own bills and then submit receipts to be reimbursed for expenses related to their government business." Bad news? SOME SAY these sorts of "prohibited purchases" actually DO cost the government "hundreds of millions of dollars per year." Indeed, the Washington Free Beacon reports that employees over at the Department of Agriculture, those randy trollops, have racked up $192.2 million in what the Office of the Inspector General (OIG) calls "questionable purchases," though they do namecheck "bowling alleys and barbershops" in their report, so at least the Ag people were having good clean fun, unlike those whore Pentagon workers, who are probably so much worse than we even know.

Bad news, also, too? If you are a husband or wife of one of the hooker-buyers, they might have been using the government card so you can't find out. Good news? They weren't investigating SPECIFIC people, so all that's gonna happen is that these department heads are going to have to give everybody a GENERAL talking-to, and maybe they'll punish the whole class (hopefully) by making them run laps around the Pentagon or something, so you're safe for now, you dirty sex monster card counters workin' at the Pentagon!

So ... keep on bettin' and fuckin' we guess, but stop using government credit cards to do it, Jesus. Oh wait you can't because you don't want your wives to find out. Guess you're screwed, ha ha.